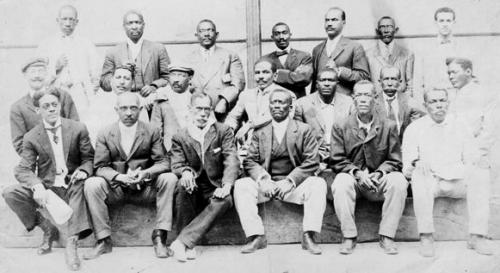 Established by such former soldiers as Evaristo Estenoz, Pedro Ivonet, and journalist Gregorio Surín, El Partido de Independiente de Color fought to forge partnerships and networks between thousands of working class peoples in both rural and urban regions of Cuba.  It challenged prevailing ideologies of white racial superiority and called for an end to racial inequality and discrimination.  The party’s newspaper Previsión articulated its vision, calling for both economic and political opportunities for all regardless of race and arguing that the party sought to advance the disenfranchised.

In challenging white Cuban superiority, PIC reminded all Cubans of Afro-Cubans’ commitment and legacy to the island nation.  It stressed the historical and contemporary contributions of Afro-Cubans and sought recognition for their participation in the war for independence: Afro-Cubans accounted for over three-fourths of the soldiers in the Cuban Liberation Army and died in much greater numbers than white Cuban fighters.

The PIC, however, met little success in the election of 1908 where it competed against both the Liberal and Conservative parties.  By the next year, party leaders increased their calls for racial justice and applied pressure on the country’s new Liberal administration. Seeking to curb political critique and involvement by the PIC against the new Liberal government, Afro-Cuban senator Martín Morúa Delgado, a member of the Liberal Party, offered an amendment that would ban all political parties based on race.  Subsequent arrests of party leaders and members effectively kept them from participating in the 1910 fall elections.

In May of 1912, PIC organizers launched an armed demonstration seeking legalization in time for November’s elections.  Government forces, fearing an all-out “race war” and hoping to rid it of a prominent political adversary, subsequently launched an armed campaign against the party, massacring an estimated 6,000 Afro-Cubans.  Among the dead included party leaders, rank-and-file members, and ordinary Afro-Cuban peasants who had no ties to the PIC. The assault resulted in the final demise of the party and a warning to black Cubans who sought to challenge the structure of power established and maintained by white Cuba.

George Reid Andrews, Afro-Latin America, 1800-2000 (New York: Oxford University Press, 2004); Aline Helg, “To be Black and to be Cuban:  The Dilemma of Afro-Cubans in Post-independence Politics,” in Darien J. Davis, eds., Beyond Slavery: The Multilayered Legacy of Africans in Latin America and the Caribbean (Lanham:  Rowman & Littlefield Publishers, Inc., 2007); http://www.historyofcuba.com/history/race/AfterWar.htm.