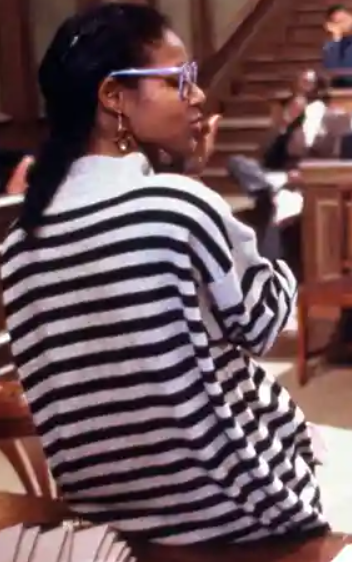 In 1983, 25-year-old Euzhan Palcy became the first black woman to direct a film produced by a major Hollywood studio. Palcy was born in the French colony of Martinique on January 13th, 1958. Her interest in films began when she was ten as she felt an attraction towards them. At the time, there were no filmmakers in Martinique who inspired her to become a film director. Her father, a strong feminist, nonetheless supported her dreams of wanting to produce films.

When Palcy was a teenager, she taught herself how to use cameras and created short films that were submitted to her local television station. When she wasn’t behind the camera, Palcy watched films made in the United States. She was fascinated with the culture and how it differed from French films. Soon after Palcy felt inspired to start writing scripts on her own.

Palcy’s first experience in writing scripts and screenplays came with the book Sugar Cane Alley, written in 1950 by Joseph Zobel. This was one of Palcy’s favorite books as she identified with the main character who was depicted as a poor, struggling student who fought to reach her goals, despite the color of her skin.

While in school, Palcy would recite her screenplays to classmates each time she wrote another part of her script. One of her classmates who listened to her screenplays happened to know French film director Francois Truffaut’s daughter. Truffaut, who had won several awards for his work and who lived on Martinique part of the year, soon became an inspiration to Palcy. Her classmate asked to share Palcy’s script with Truffaut in the hope that he would give her advice on her work.

About a week after the script reached the French director, Truffaut insisted on meeting Palcy in person. When they did meet, Palcy was given pointers to enhance the structure of her work. From that point Truffaut became Palcy’s mentor on her Sugar Cane Alley project.

In 1983, Sugar Cane Alley became Palcy’s first directed film and brought her into the spotlight of the film industry. The film would win seventeen awards around the world and became her most well-known work. After this film was released, Palcy was approached by major Hollywood studios but as she expressed in a 1987 interview “I never thought that I would fit in” and “I never thought that Hollywood would be a place for me. So, I was not attracted at all.”

Palcy, who had moved to France in 1975, was adamant on staying there but constantly received letters and invitations from Warner Brothers and other major studios. Palcy finally decided to reach out to Lucy Fisher, a Warner Brothers executive, who invited her to Hollywood to direct a film based on Andre Brink’s book A Dry White Season, which depicted apartheid in South Africa. After making the film which was a major success, Palcy went on to direct many more films in Hollywood, California; Europe; and Zimbabwe. She went on to win over a dozen awards during her career including the Unita Blackwell Award, the Candance Awards, and the French Medal of Honor.