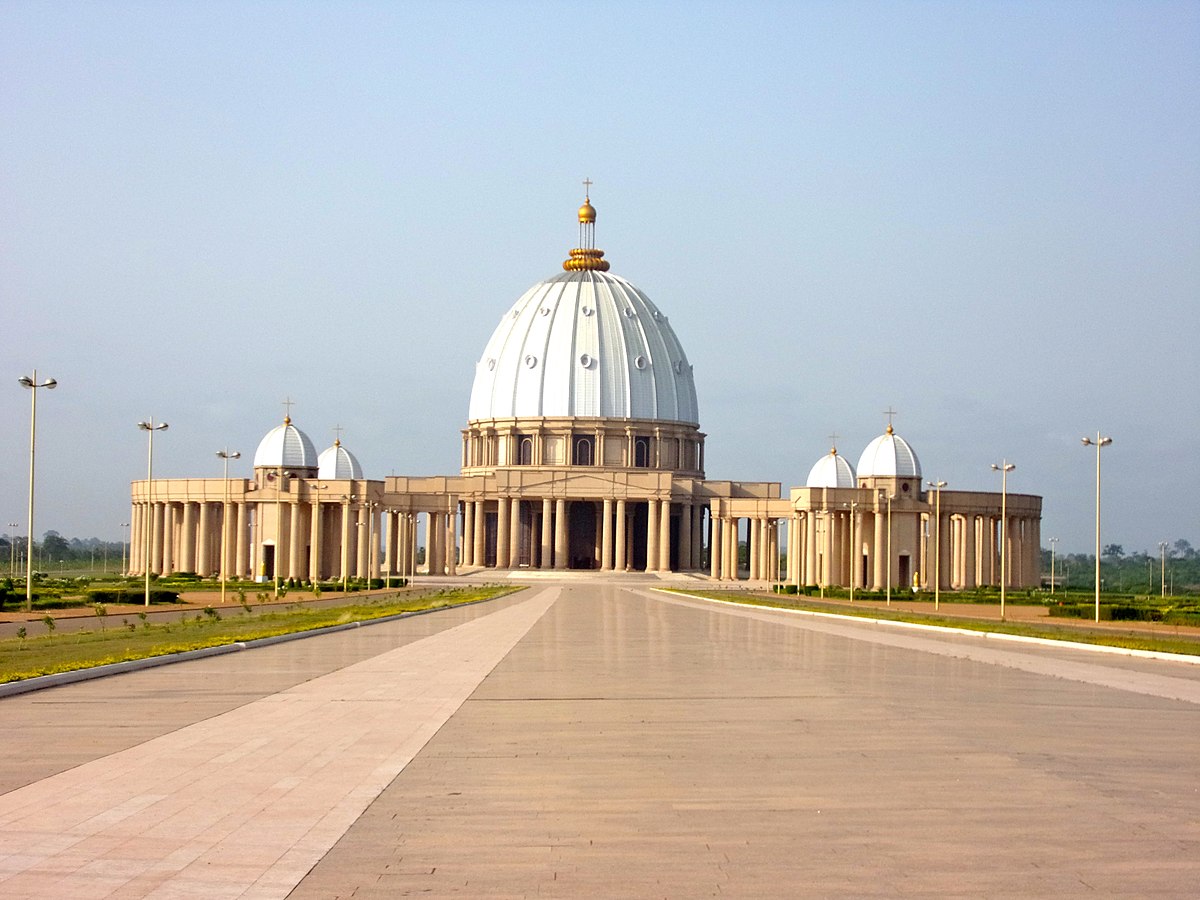 Our Lady of Peace of Yamoussoukro Basilica is located in Yamoussoukro, which since March 1983 been the capital of Côte d’Ivoire (the Ivory Coast). It is the largest Christian church in the world, according to Guinness World Records. The basilica is not to be confused with a cathedral, which is the principal place of worship and where the ruling bishop is seated. It was constructed between 1985 and 1989 and is locally known by its French name, Basilique Notre-Dame de la Paix.

Former President Felix Houphouët-Boigny chose the location as part of a plan to transform his hometown of Yamoussoukro into the country’s administrative capital. Although funding for the construction came directly from the President Houphouët-Boigny’s personal funds, the cost of the basilica generated controversy as Côte d’Ivoire was going through a financial and economic crisis at the time of construction. Residents of many of the nation’s major cities were without access to running water, trash was piling up everywhere, and diseases were spreading.

The actual cost of construction is not publicly known but estimates are that it took from $400 to $600 million in US dollars to complete the edifice. The latter figure was more than double the country’s entire national debt. On September 10, 1990, Pope John Paul II traveled to Yamoussoukro, on behalf of the Catholic church, to accept the basilica as a gift. The Pope consecrated the church with the condition that a hospital be built nearby. Construction of the hospital was halted during the Ivorian Civil War and other political and military crises from 2002 to 2011, but was completed in 2014.

The building was constructed from imported Italian marble, and contains twenty-four stained glass windows, including one with the likeness of President Houphouët-Boigny alongside Jesus and his Apostles. West African Iroko wood was used for the 7,000 pews. Two identical villas sit in front of the structure. One houses clergymen who operate the basilica and the other is reserved for papal visits. The basilica’s circular colonnade is made up of 272 Doric columns.

Regular services are usually only attended by a few hundred people. The only time the basilica was filled to capacity was on February 7, 1994, for President Houphouët-Boigny’s funeral. Only 17 percent of Ivorians identify as Catholic, while Islam remains the major religion of the nation.