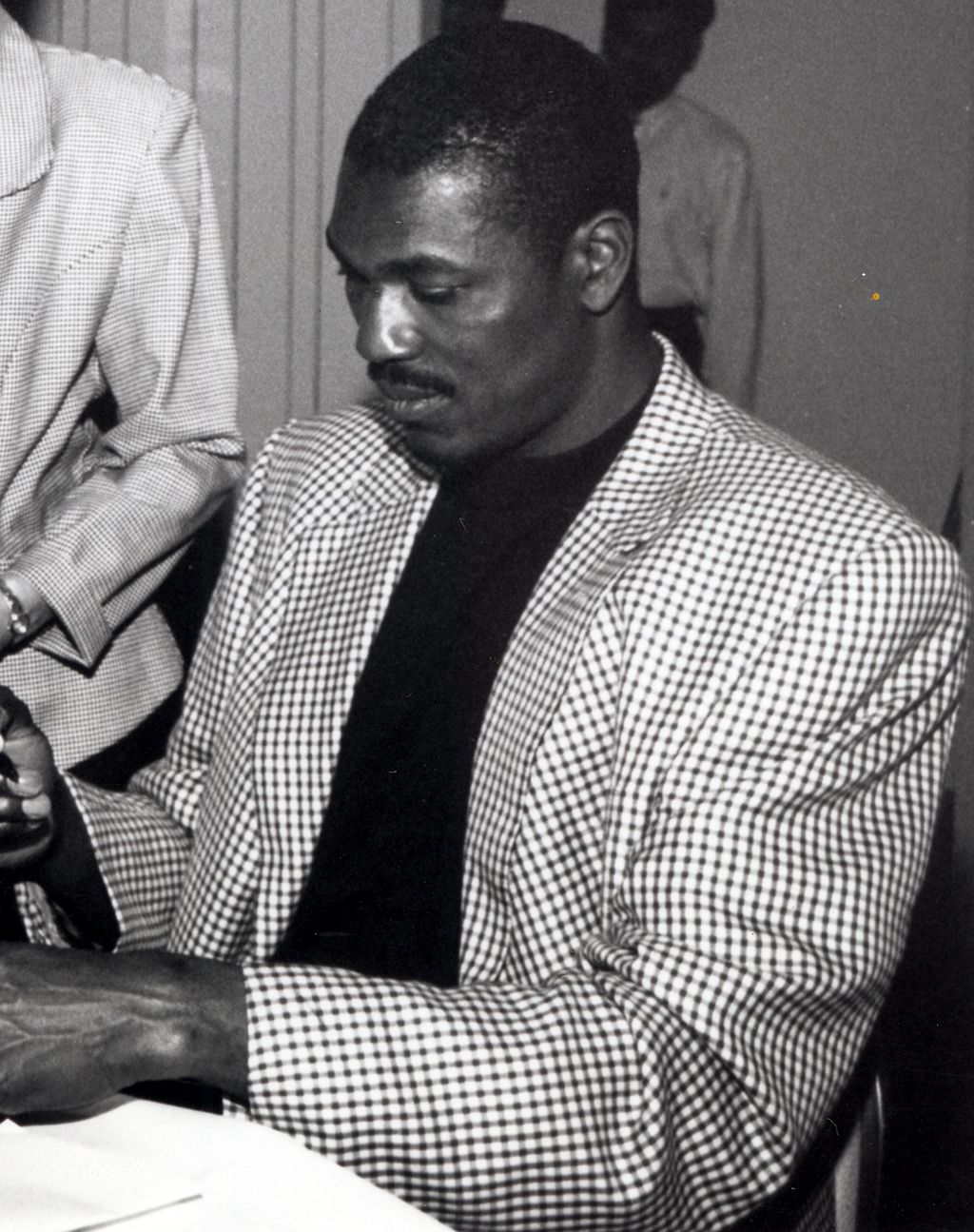 Hakeem Olajuwon was a professional and collegiate basketball player, and is now retired. Olajuwon was born in Lagos, Nigeria, in January 1963, and lived there until he moved to Texas in 1980 to attend the University of Houston.

Olajuwon grew up in Lagos playing mostly soccer but changed his focus to basketball at the age of 15 because of his height, then six feet, nine inches. However the years he spent playing goalkeeper on the soccer field paid off later in his basketball career, helping him develop good footwork and agility. Although Olajuwon did not attract a lot of attention from college basketball programs, he did catch the eye of the coach from the University of Houston and moved to the United States to attend school and play basketball for the Cougars under coach Guy Lewis. Lewis had never actually seen Hakeem play, but offered him a try out based on the recommendation of a friend who saw Olajuwon play in a tournament.

Olajuwon was a very raw player when he first arrived at the University of Houston, and due to his inexperience he red-shirted his first year, and did not see a lot of playing time the next year. However, with his towering seven-foot presence, he showed much promise and played regularly for the remainder of his college career.

Olajuwon dominated the college game and was drafted in the 1984 National Basketball Association (NBA) draft. He was the overall number one pick by the Houston Rockets, in a field of players that included NBA greats such as Michael Jordan, Charles Barkley and John Stockton. Olajuwon played with the Houston Rockets until he was traded in 2001 to the Toronto (Ontario) Raptors. He led the Rockets to back-to-back NBA championships in 1994 and 1995, and was named the Most Valuable Player for final games in each series.

During his career he averaged 21.8 points per game and 11.10 rebounds per game. In the 1993-94 season, he became the only player in history to win the league’s MVP, defensive player of the year, and the NBA Finals MVP in the same season.  Olajuwon was named to the All-NBA first team six times, the second team three times, and the third team three times. He has played in 12 NBA All-Star games, starting in eight of them.

Olajuwon retired from basketball in 2002 after only one season with the Toronto Raptors.  In 1996 he was selected as one of the 50 greatest players in NBA history and is the NBA’s all-time shot blocking leader, with 3,830 over his career. In 2008 he was inducted into the Basketball Hall of Fame. Although he still maintains a house in Houston, Hakeem Olajuwon currently lives in Jordan with his wife and two daughters. He also has a daughter from a previous marriage.