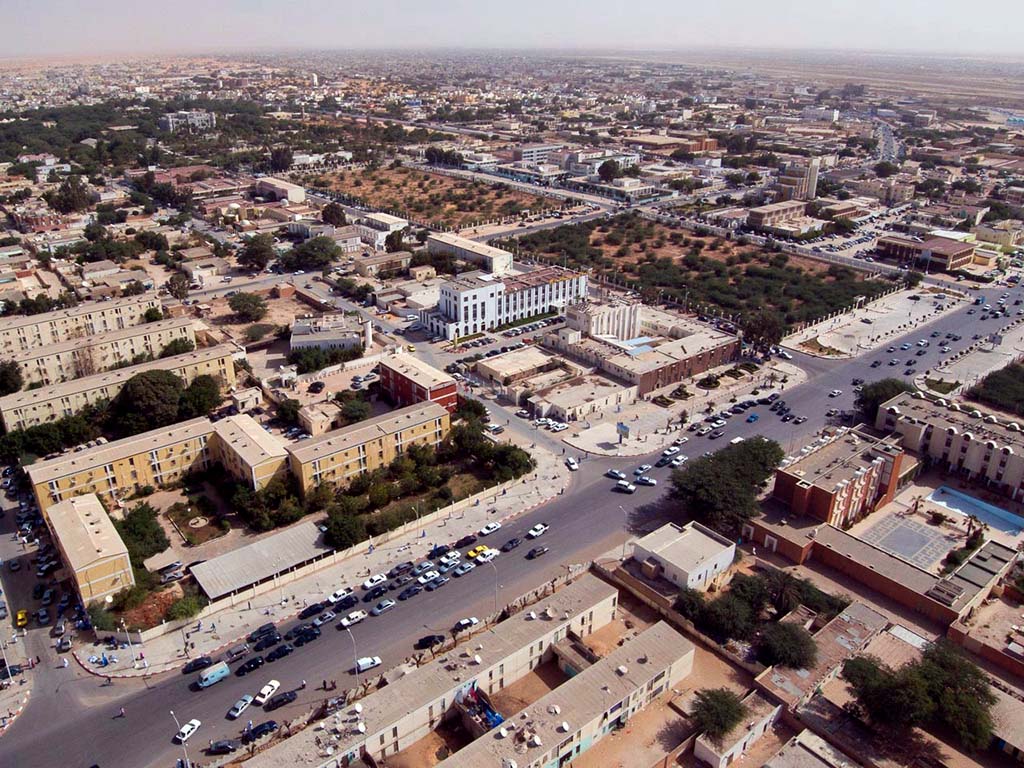 Nouakchott, meaning “place of the winds” in the Hassaniya language, became the capital of Mauritania in 1960.  In 2006 it had an estimated population of 708,000 people. It is located on the Atlantic Ocean but is on the edge of the Sahara Desert area of North and West Africa.  Scarce rainfall and desert conditions generate short but warm winters and long hot summers. Although Nouakchott is the largest city in the country, there are no high rise buildings. Nonetheless the city is the economic and administrative center of Mauritania.

The history of the city of Nouakchott began with its founding in 1659 by indigenous people from the surrounding region.  From 1659 to 1958 Nouakchott was a small fishing village.  As late as 1950 it had only about 200 people. As the French colony of Mauritania was moving toward its independence, beginning with autonomy in 1958 and ending in full independence in 1960, Nouakchott was selected as the capital because of its climate and its coastal location.

French colonial officials planned for a population of around 50,000 but budget restrictions in France and the poverty of the new nation of Mauritania prevented the city from reaching that population until the late 1960s.   Beginning in 1969, however, the Sahel drought forced subsistence farmers and nomadic peoples from across Mauritania into the city.  The drought continued through all of the 1970s and migrants from throughout the nation increased the city’s population to around 150,000 people in 1980.  Today, the population of Nouakchott comprises nearly 20% of Mauritania’s total population of 3.8 million people.

A number of languages are spoken in Nouakchott including Arabic, French, Hassaniya, and Pulaar. The major religions are Christianity with Catholics as the most numerous of that faith, and Muslims, most of whom are Sunni. Ethnically the city includes Arabs, Berbers, and Sub-Saharan Africans. There is also a small population of Europeans and Asians.  The city is divided into numerous districts reflecting the various religious and ethnic divisions in the population.  Its few tourist attractions include the National Museum of Mauritania, Arguin Bank National Park, and the University of Nouakchott.

Nouakchott’s economy is based on the mining of gold, phosphate, and copper from the surrounding region along with factory produced goods such as cement, rugs, embroidery, insecticides, and textiles. China has invested heavily in expanding Nouakchott’s deep-sea port and in other infrastructure projects in the city.  A non-renewable water supply, shortages of fuel, ethnic conflicts, overcrowding in some area of the city, and political instability in the country, however, have combined to hinder the growth of Nouakchott.