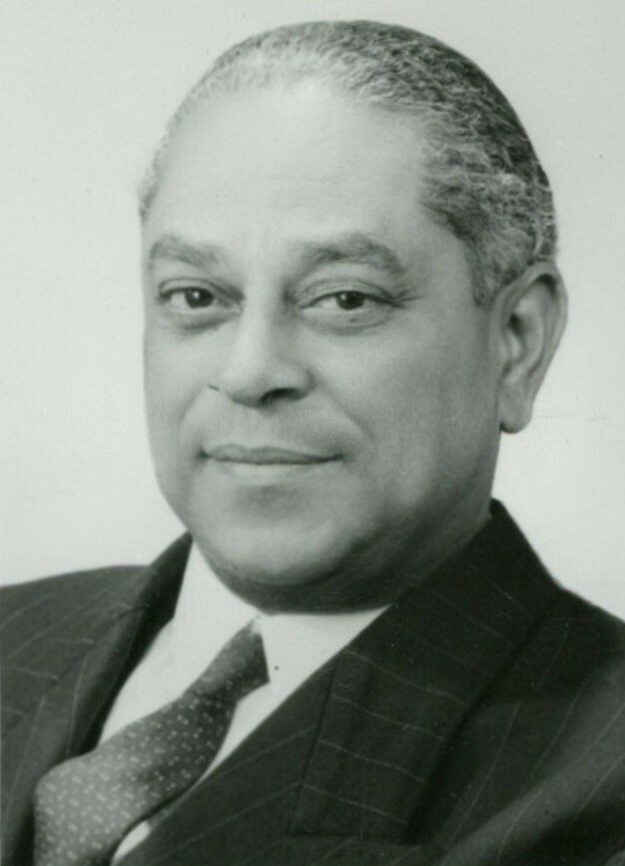 Born in Cayenne, French Guiana to parents Marc Saint-Yves Monnerville and Marie-Françoise Orville, Gaston Monnerville was the grandson of a slave. His family was from Case-Pilote in Martinique, but moved to French Guiana where two sons were born: Pierre and Gaston.

In 1923 Monnerville married Marie-Thérèse Lapeyre, a young woman from Aix-les-Bains; she died at 100 in 2005.  Still a student, in 1918, he was received as a counsel and called to Toulouse Bar. There years later in 1921 he moved to Paris and passed the Paris Bar.  Soon afterwards he joined the chambers of Cesar Campinchi, a well-known Paris barrister and politician.  In 1931, Monnerville defended a group of Guyanese men accused of murder in Nantes, France and won their acquittal.

With national notoriety from the defense, Monnerville entered politics and in 1932 was elected the Radical Party representative from Cayenne even though he spent most of his time in Paris.  Monnerville was reelected in 1936.  He was then appointed by the Camille Chautemps Government to be undersecretary for the Colonies in 1937 and 1938.  Both the German and Italian Press criticized the appointment claiming Monnerville was not qualified for the position because of his color.

Monnerville joined the French Navy in 1939, and was in Mers-El Kebir, French Algeria, in July 1940 when most of the French Navy was destroyed by the British Fleet to keep it from falling into the hands of the Nazis.  He was dismissed after that event and then joined Combat, an underground resistance network.  Despite Nazi occupation of most of northern France, Monnerville continued to work against anti-black and anti-Jewish discrimination in the Vichy Government, which in World War II collaborated with Nazi Germany.

After the end of World War II, Monnerville joined the first post-war French Government which was committed to rewarding the war-time loyalty of the colonies of Martinique, Guadeloupe, Guiana, and Reunion by elevating their political status so they would be equal to the departments in France.  He was elected first senator from Guiana in 1948, but at the same time he opted for a political career in France and was elected as a senator from a Paris district. He represented that district until 1974 and never returned to Guiana. During the Fifth Republic he presided over the French Senate from 1959 to 1968, the first black man at such a high position. Monnerville was considered one of the best orators of the higher assembly.

In 1974 Alain Poher, his successor at the Senate presidency, nominated Monnerville to be judge of the Constitutional Counsel, where he stayed nine years. He finally retired at 86 and died in 1991 at the age of 94.

During his career, Monnerville was proud of his integration in the French elite but he remained conscious of his origins in the French Overseas Department of Guiana.  Unlike many Afro-French intellectuals of the time, however, Monnerville never endorsed the concept of “negritude,” promoted by Aimé Cesaire of Martinique.  Gaston Monnerville saw himself first as a Frenchman.