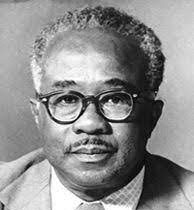 Robert Milton Cato was born on June 3, 1915, in Saint Vincent, British Windward Islands. He attended Saint Vincent Grammar School from 1928 to 1933. After leaving school, young Cato was employed by a solicitor (attorney) in Kingstown and began his legal career. In 1948, he was admitted to the Middle Temple Bar. Three years earlier, in 1945, he joined the First Canadian Army, attaining the rank of sergeant, and served on active duty in France, Belgium, Holland, and Germany during the Second World War.

Cato served again as prime minister from 1974 to 1984, although his coalition broke up in the mid-1970s. In 1978, Cato invited the public to submit proposals for an independence constitution, and in September of that year, he led a delegation to a constitutional conference in London to prepare for Saint Vincent’s transition to full independence. When Saint Vincent achieved political independence on October 27, 1979, Milton Cato became the first Prime Minister of Saint Vincent. Cato’s government did not support other socialist governments nearby, such as those in Cuba, Grenada, and Guyana, because he rejected Marxism. Instead, he allied himself with pro-Western governments in Trinidad and Tobago and Barbados and cooperated with them on economic and defense issues.

The Labour Party lost the 1984 elections. It remains, however, one of the two main political parties in Saint Vincent and the Grenadines and returned to power in 2001 under Ralph Gonsalves.

Cato, the long-serving MP for the West Saint George constituency, retired from active politics after his party’s defeat in the 1984 general election. He died on February 10, 1997, hoping for unity in Vincentian society and a better future for the people. Kingstown General Hospital was renamed in his honor in October 2000. Robert Milton Cato, the father of independence.

Milton Cato died on February 10, 1997, in Kingstown, Saint Vincent at the age of 81. He was married to Lucy-Ann Alexandra Cato. Mrs. Cato was a member of the St Vincent Infant Welfare Maternity League, the Thompson Home Committee, and the Saint Vincent Music Council.