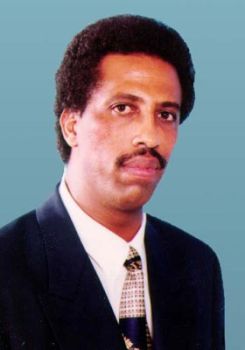 Addisu Messele, the first person of sub-Saharan African ancestry elected to the Israeli Parliament, was born on June 16, 1961, in the Gondar region of Ethiopia to a Beta Israel (Jewish) family. As a student in the late 1970s, he became an active member of the Ethiopian People’s Revolutionary Party. He fled the country when the communist ruling junta, under Lt. Colonel Mengistu Haile Mariam, began to persecute the organization. After crossing the border illegally into Sudan, he joined members of Beta Israel who took a similar route in anticipation of being secretly transported to Israel. He arrived with them in Israel in 1980. After earning a B.A. in social work from Bar Ilan University, Messele became a community worker and activist within the Jewish Ethiopian immigrant community, which had grown to approximately 55,000 after airlifts in 1984-1985 and 1991.

In January 1996, Messele was one of the most outspoken leaders of the Beta Israel’s protest against the Israeli health ministry’s policy of discarding all blood donations made by members of this immigrant community, citing the rate of AIDS carriers among them. The publicity this campaign, coupled with a split within the by-far larger Russian immigrant community in Israel, helped him win the candidacy traditionally reserved for an immigrant representative on the Labor-Party electoral list for the 1996 elections. Elected that year, Messele became the first member of Ethiopian descent in the Knesset (the Israeli parliament).  Since then there have been two additional Ethiopian Knesset Members. As a Knesset Member for three years (June 1996 – June 1999), Messele served on its House, Immigration and Absorption and Labor and Welfare committees.

In March 1999, after losing the Labor primaries for the upcoming elections, Messele joined two other bolting party members to form a new party, Am Ehad (One Nation). Although an Am Ehad candidate for the 1999 and 2003 elections, Messele was not re-elected to the Knesset. Am Ehad merged back into the Labor party in 2005.

Messele continues to serve in leadership positions and as a spokesperson for the Ethiopian community in Israel through his chairmanship of the United Ethiopian Jewish Organization. In this capacity, he has been a staunch advocate for bringing to Israel the Falash-Mura—descendants of Ethiopian Jews who converted to Christianity during the nineteenth and twentieth centuries. He has also served on the directorate of the Heritage Center for Ethiopian Jewry, (Bahalachin, “our heritage” in Amharic), and as a member of the Public Council for Immigrants Absorption and the Planning Center for Education of Ethiopian Children in the Ministry of Education. As a well-known public figure in Israel, Messele serves on the directorates of non-Ethiopian NGOs as well, such as the Israeli Center for Volunteering and the Sephardic Federation in Israel.