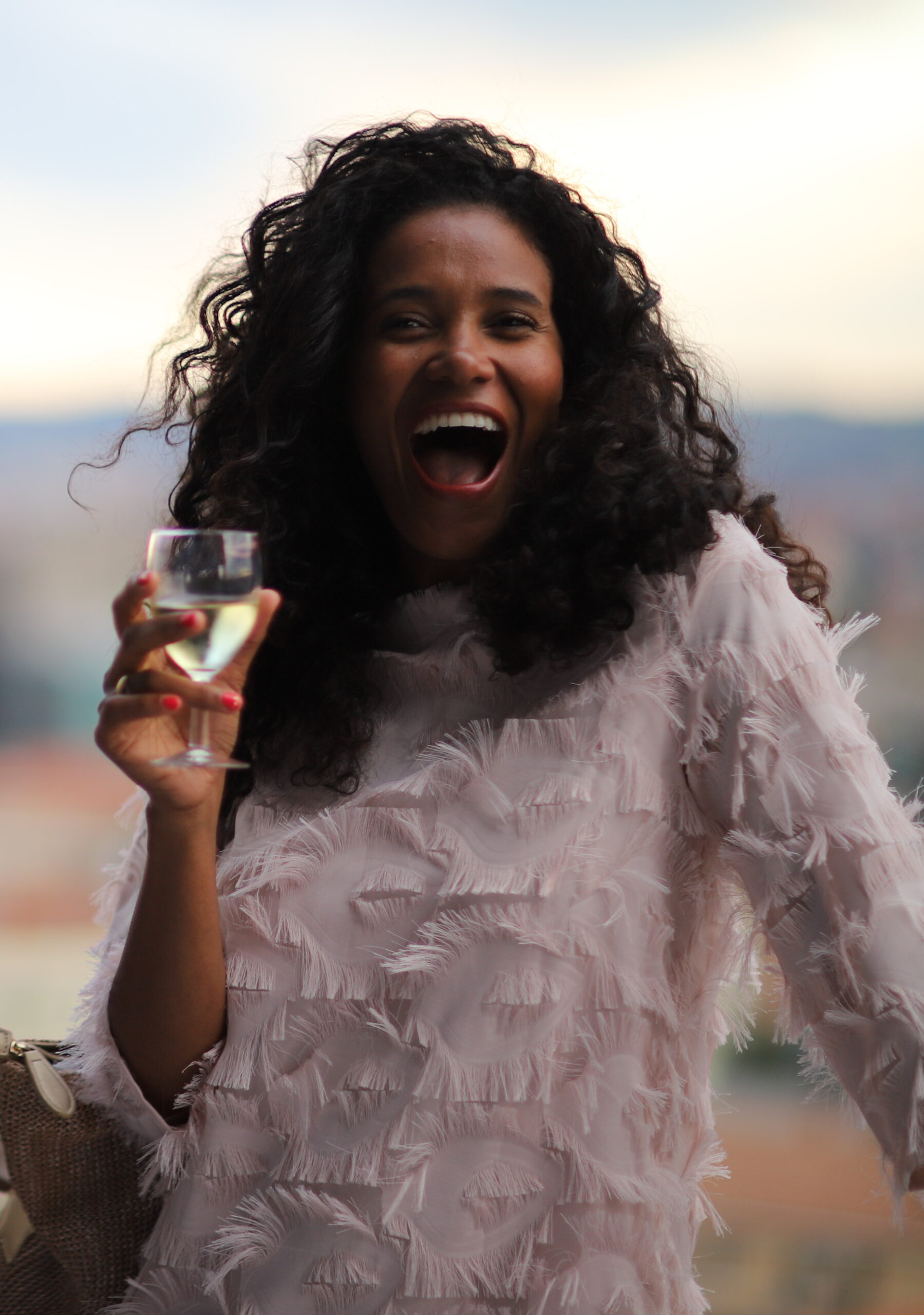 Beauty pageant queen, model, and actress Denny Andreina Méndez de la Rosa was born on July 20, 1978 in Santo Domingo, Dominican Republic.  Her mother, Lidia Chavez, who had divorced her biological father, met a vacationing Italian, Sergio Casabianca, who became her stepfather.  At age five, Mendez moved with them to the scenic Tuscan town of Montecatini Terme, Italy (population 20,000).  Fluent in Spanish, English, and Italian, she studied to become a tour guide while entering beauty contests.

In 1995 she competed in the contest for Miss Dominican Republic, winning second runner-up.  But on September 7, 1996, at age 18, the 5′ 10½” naturalized citizen won the Miss Italy pageant, an unexpected victory that ignited a firestorm of controversy that lasted for years.  Shortly before the final votes of the judges were tallied and before millions in the television audience phoned in their preferences, two of the pageant’s judges voiced their disapproval of Mendez and were disciplined for the rather racist basis of their protest, one saying, “A black girl can’t be Miss Italy.  It’s not in the rules,” and the other asking, “What has she got to do with Italy?  She’s not Mediterranean.”

Responding to the nastiness, Mendez told a reporter: “I know that I don’t represent Italian beauty, but they elected me, so what am I supposed to do, refuse?”  The world press took notice of the ensuing debate among Italians about not only who could or should represent Italian womankind but about how Italy’s rapidly growing foreign, darker skinned population was affecting the course of Italian society and culture.

The selection of Mendez as Miss Italy brought out into the open fears and anxiety about national identity that upset the most conservative and xenophobic elements of the nation.  She was referred to in Italian newspapers, sometimes innocently but oftentimes patronizingly, as “the black pearl,” “the black gazelle,” “the black Venus,” and “the Dominican panther.”

Unlike England and France which both had experience with a steady increase of emigrants from former colonies, Italy was late to see a dramatic rise in the number of immigrants, often illegal, from Africa, the Balkans, and the Middle East.  Italy’s heated national debate sparked by the Miss Italy affair stands in stark contrast to what occurred when other European countries had women of African descent representing them in international beauty competitions, namely Lola Odusoga, 1996 Miss Finland; Sonja Silva, 1997 Miss Netherlands; Sonia Rolland in 2000, Cindy Fabre in 2005, and Chloé Mortaud in 2009 as Miss France; Malou Hansson, 2002 Miss Sweden; Tatiana Silva in 2005 and Laura Beyne 2012 as Miss Belgium; Whitney Toyloy, 2009 Miss Switzerland; Rachel Christie, 2009 Miss England; Iman Kerigo, 2011 Miss Norway; and Sara Chafak, 2012 Miss Finland.  The Miss Italy affair was the first of the racially charged incidents in Italy that attracted international attention, much like the coverage of racial taunts hurled at soccer star Mario Balotelli and right-wing politicians insulting Cécile Kyenge, Italy’s Minister for Integration.

Apparently unfazed by the controversy, Mendez went on to represent Italy in the 1997 Miss Universe contest held in Miami Beach, Florida, where she made it to the semifinals.  Leaving the pageant circuit, Mendez found success as a high fashion model, an actress on Italian television, and as a commercial spokesperson for Nestlé and Swatch.  She also appeared in several Italian movies. In 2012 she suffered a miscarriage and separated from her boyfriend, Cyro Rossi, but by 2013 she was engaged to marry Italian-American Hollywood agent Oscar Generale and was trying to relaunch her acting career in America.