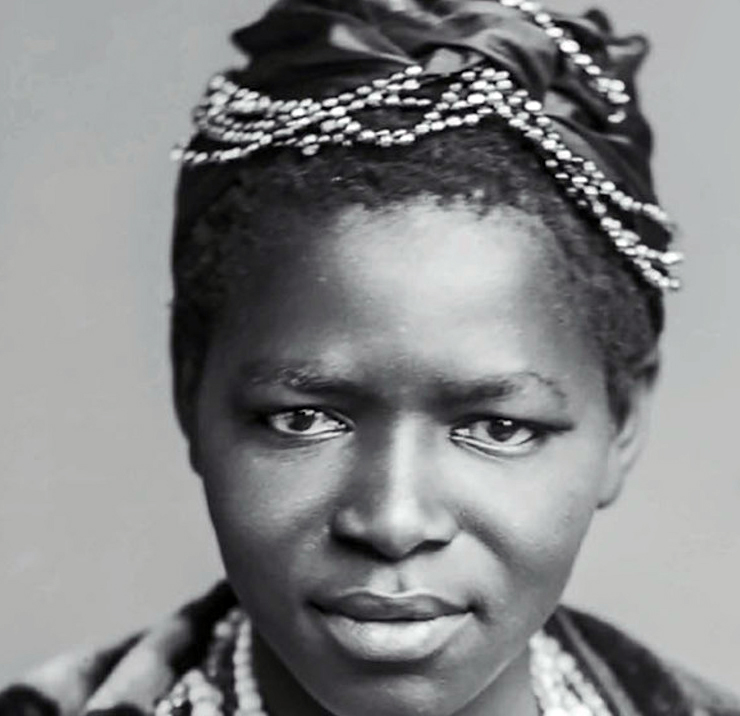 Charlotte Maxeke (maiden name Manye) was a South African woman who broke societal barriers throughout her life. She was born in South Africa on April 7, 1874 and in the early 1880s attended secondary school at Edwards Memorial School. Upon her graduation, with a missionary education in 1885, Manye moved to Kimberly, South Africa with her family and began teaching. In 1891, while in Kimberly, Manye and her sister, Katie, joined the African Jubilee Choir. This led to a two-year choir tour in Europe, where she once performed for Queen Victoria. The success of the tour was followed by another tour to Canada and the United States. during the mid-1890s. However, this trip ended when the choir organizer abandoned the group in the U.S. without money, passports, or a way home.

When faculty and staff at Wilberforce University, an African Methodist Episcopal (AME) Church-sponsored institution, heard about Manye being stuck in the U.S., she was offered a scholarship to attend the university. Maxeke accepted and at Wilberforce, studied with a number of scholars including W.E.B. DuBois. She geared her college experience toward preparing for missionary work once she returned to South Africa. During her studies, Maxeke met a fellow South African, Marshall Maxeke, who would later become her husband.

In the early 1900s, Maxeke returned to South Africa and is now recognized as the first black South African woman to have a college degree, as she graduated from Wilberforce with bachelors of science degree. She began teaching in Pietersburg (now Polokwane), while simultaneously working on opening the first AME college in South Africa. Maxeke and her husband founded a primary and secondary school called “Wilberforce Institute” in Evaton, South Africa.

In 1912 Maxeke and her husband continued their work while attending the first convention of the South Africa Native National Congress’ (SANNC, which eventually became the African National Congress) held in Bloemfontein. At this event, she promoted women’s rights and religious concerns. In 1913 Maxeke worked with other advocates to coordinate Bloemfontein’s anti-pass movement. Five years later in 1918, she founded the Bantu Women’s League (BWL), a branch of SANNC. She continued to promote women’s rights serving as Women’s Missionary Society’s president in 1920.

Maxeke and her family moved to Idutywa, Eastern Cape in 1926 to assume positions at Lota High School. Maxeke’s husband became the school’s president, while Maxeke held the role of Head Teacher. Unfortunately, Marshall Maxeke died in 1928 at 53. After his death, Charlotte Maxeke moved to Johannesburg’s juvenile magistrate as a parole officer and court welfare officer.  Charlotte Maxeke died in Johannesburg in 1939. She was 65.

Throughout her life, Maxeke worked to create opportunities and equality for women in South Africa. She participated in a variety of organizations, including the Joint Councils of Europeans and Bantus and helped establish the Widow’s Home and the Foreign Missionary Society. Additionally, she vouched for Hastings Walter Kazumu Banda who led Malawi’s independence campaign and who in 1966 became the country’s first President, helping him receive a passport to attend Wilberforce University on scholarship.