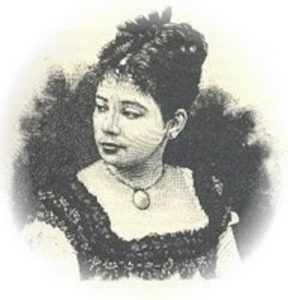 Maria Firmina dos Reis was the founding mother of Afro-Brazilian literature. Her novel, Úrsula (1859), was the first abolitionist novel written by a woman.  She was born on October 11, 1825 (or March 11, 1822 depending on source) in Guimarães, Maranhão, Brazil and spent her career in São Luís, Maranhão. The daughter of Leonor Felipa dos Reis (a Black woman) and João Pedro Esteves (a Portuguese man), which in newly independent Brazil meant that Maria had three severe obstacles to counter as a biracial woman born out-of-wedlock.

Born a free Black woman in a slave society, the women of the Felipa dos Reis family, including her mother, grandmother, aunt, and cousin, raised her.  At a young age, she showed academic promise and secured a scholarship to study to become a primary school teacher. The teaching profession was one of the few fields open to any woman and dos Reis taught for thirty-four years until her retirement in 1881, seven years before Brazil became the last country in the western hemisphere to abolish the institution of slavery.  She never married but did adopt eleven youngsters, whom she called her “children of the heart.”

Dos Reis also found outlets for her creative expression. In addition to Úrsula, she collaborated with local newspapers and literary journals to publish poetry and short stories. This type of local activity was an acceptable “hobby” for women of the time, and it speaks to her genius for getting her work circulating.  At the age of fifty-five, dos Reis founded a school for poor children, but after two years of intense public backlash, the institution closed because the local community was outraged that it was coeducational.

For decades her writings were unknown outside of Guimarães. In 1975, her novel was rediscovered, and by the mid-1980s Brazilian scholars began to collect, organize, and publish her work for a broader audience.  In addition to her novel, poetry, and short stories, intellectuals found portions of dos Reis’ diary covering the period of 1853 to 1903.  The diary is a window into personal themes of religious self-denial, death, and suicide, as her public life had to be lived within the restrictions of her gender and race.

Even with her other activities, dos Reis wrote about Black slave life and she fought for the abolition of slavery. In fact, she was one of the few Brazilians of her time who was against human bondage because of the harm it caused Black people.