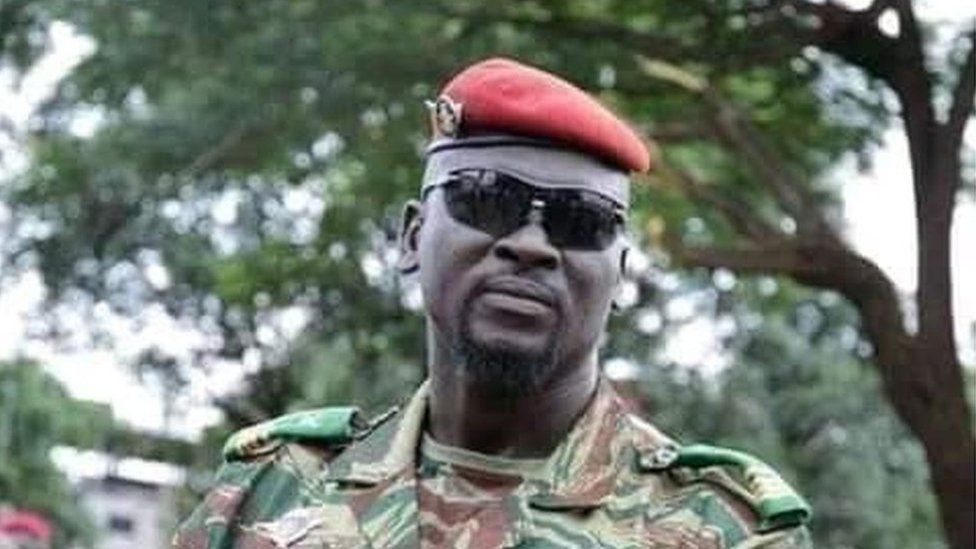 On October 1, 2021, Mamady Doumbouya was sworn in as the interim president of Guinea. This was after the former president, Alpha Conde, was overthrown in a coup orchestrated by Doumbouya on September 5, 2021.

Mamady Doumbouya was born in Kankan, Guinea on March 4, 1960. He joined the Guinean military as a young man, and he also served in the French Foreign Legion. Doumbouya was given military training in France and served in peacekeeping missions in Afghanistan, Ivory Coast, Djibouti, and the Central African Republic. He received operation protection specialist training at the International Security Academy in Israel and was given additional elite military training in Senegal, Gabon, and France. Doumbouya also participated in the United States special forces training exercises.

Doumbouya earned a Master’s degree at the Universite Paris 2 Pantheon-Assas in defense and industrial dynamics. In 2018, he returned to Guinea to lead the Special Forces Group. This group was responsible for general intelligence services for the nation. The President of Guinea at the time, Alpha Conde, was widely considered to have a corrupt administration. Guinea is endowed with significant natural resources but over 40% of the population lives in poverty. A small, privileged elite controlled the economy and government.

On September 5, 2021, Mamaday Doumbouya and his unit stage a coup. Conde was seized without violence. Doumbouya and other coup leaders announced that they had seized power because of rampant corruption, a disregard for human rights, and economic mismanagement by Conde and his administration. The Conde administration was also accused of nepotism and tribalism.

The coup was widely welcomed among the vast majority of Guineans. On October 1, 2021, Doumbouya was given the title of Interim President. He has plans to move the country to civilian rule, but as of May 2022, a timetable for that has not yet been announced. Since taking power Doumbouya has clamped down on corruption in the country. He has also trimmed the army’s senior ranks and promoted younger fellow officers.

Mamady Doumbouya is married to a French national, Lauriane Darboux, who is an active-duty French gendarme. They have three children.