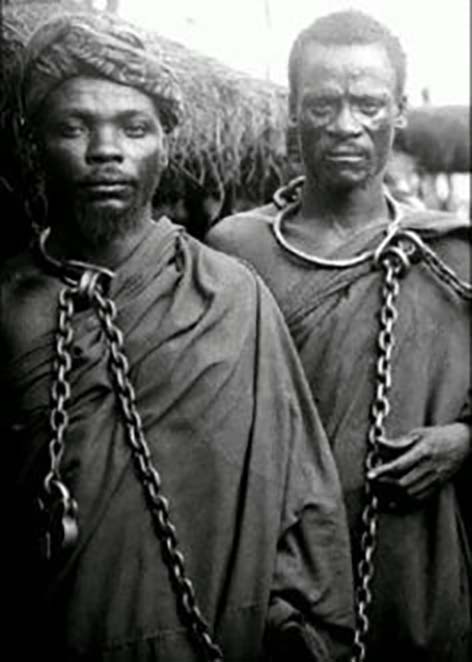 The Maji Maji Uprising in Tanganyika was the most significant African challenge to German colonial rule during the brief period when Germany had African colonies. The Uprising lasted two years and involved people over 10,000 square miles.

During the “scramble for Africa” that began with the Treaty of Berlin in 1885, European powers dominated much of Africa, carving out vast territories as their own and establishing often brutal regimes to enforce their rule. Four major regions had been colonized by Germany, including Tanganyika (modern-day Tanzania), Togo, Cameroon, and Namibia. Tanzania had been acquired largely through the efforts of the German Colonization Society, founded by Dr. Karl Peters. When Germany established its control over Tanganyika by 1898, it imposed a particularly violent regime in order to control the population, including a policy of killing kings who resisted German occupation. This earned Peters, who was now the Tanganyika colonial governor, the name “Milkono wa Damu,” meaning “Man with Blood on His Hands.” Throughout this period of German occupation the African population was also subjected to high taxation and a system of forced labor, whereby they were required to grow cotton and build roads for their European occupiers.

The oppressive regime bred discontent among the Africans, and resentment reached a fever pitch in 1905 when drought hit the region. A prophet—Kinjikitile Ngwale—emerged, who claimed to know the secret to a sacred liquid that could repel German bullets called “Maji Maji,” which means “sacred water.” Thus, armed with arrows, spears, and doused with Maji Maji water, the first warriors of the rebellion began to move against the Germans, attacking at first only small German outposts, such as at Samanga, and destroying cotton crops. The rebellion spread throughout the colony, eventually involving 20 different ethnic groups all of whom wished to dispel the German colonizers. As such it was the first significant example of interethnic cooperation in the battle against colonial control.

The apex of the rebellion came at Mahenge in August 1905 where several thousand Maji Maji warriors attacked but failed to overrun a German stronghold. On October 21, 1905 the Germans retaliated with an attack on the camp of the unsuspecting Ngoni people who had recently joined the rebellion. The Germans killed hundreds of men, women, and children. This attack marked the beginning of a brutal counteroffensive that left an estimated 75,000 Maji Maji warriors dead by 1907. The Germans also adopted famine as a weapon, purposely destroying the crops of suspected Maji Maji supporters.

Although the Maji Maji Uprising was ultimately unsuccessful, it forced Kaiser Wilhelm’s government in Berlin to institute reforms in their African colonies as they realized the potential cost of their brutality. Furthermore, the uprising would become an inspiration for later 20th Century freedom fighters who called for similar interethnic unity as they struggled against European colonial rule.