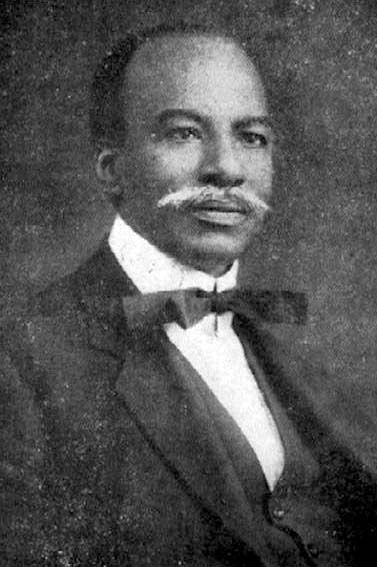 Early African independence advocate Herbert Macauley was born in Lagos, Nigeria on November 14, 1864. His father was the founder and first principal of the Church Missionary Society Grammar School in Lagos, and his mother was a daughter of the Reverend Samuel Ajayi Crowther, the first registered student of West Africa’s oldest University, Fourah Bay College. Herbert started his tertiary education at Fourah Bay College, which the British established in 1827 to train talented English speaking West Africans to serve the colonial government in various administrative positions. In 1890, Macauley obtained a scholarship to study in Plymouth, England where he qualified as a land surveyor and a civil engineer.

Upon his graduation in 1893, he returned to Nigeria where the colonial government appointed him surveyor of crown lands for the colony of Lagos. In 1898, he resigned from his position and established a private civil engineering company in Lagos, Nigeria.

During the 1920s, a period in Nigerian history associated with the beginning of political agitation for self-rule, Macauley became a leading figure in the first generation of Nigerian Nationalists. In 1921, Macauley passionately led protests in Lagos over water rates, land issues, and mishandling of the railway finances. In 1922, he helped a Lagos chief in his legal battle with the colonial government who had forcefully taken some of his land for government purposes. The highest court in England heard the case and returned the land to the chief. This victory inspired Macauley to establish in 1923 Nigeria’s first political party, the Nigerian National Democratic Party whose members were the first to sit in the Legislative Council.

The Nigerian National Democratic Party dominated Nigerian politics throughout the 1920s until the late 1930s. However in 1934, the NNDP lost its dominant position to newly organized student groups such as the Nigerian Youth Movement. In order to avoid the demise of the party, Macaulay’s NNDP joined forces with the Nigerian Youth Movement to form the National Council of Nigeria and the Cameroons, NCNC. The NCNC led by Macauley was not a political party, it was a nationalist organization designed to advocate for an independent Nigeria.  Herbert Macauley did not live to see the attainment of independence in 1960.  He died in Lagos at the age of 81 on May 7, 1946.