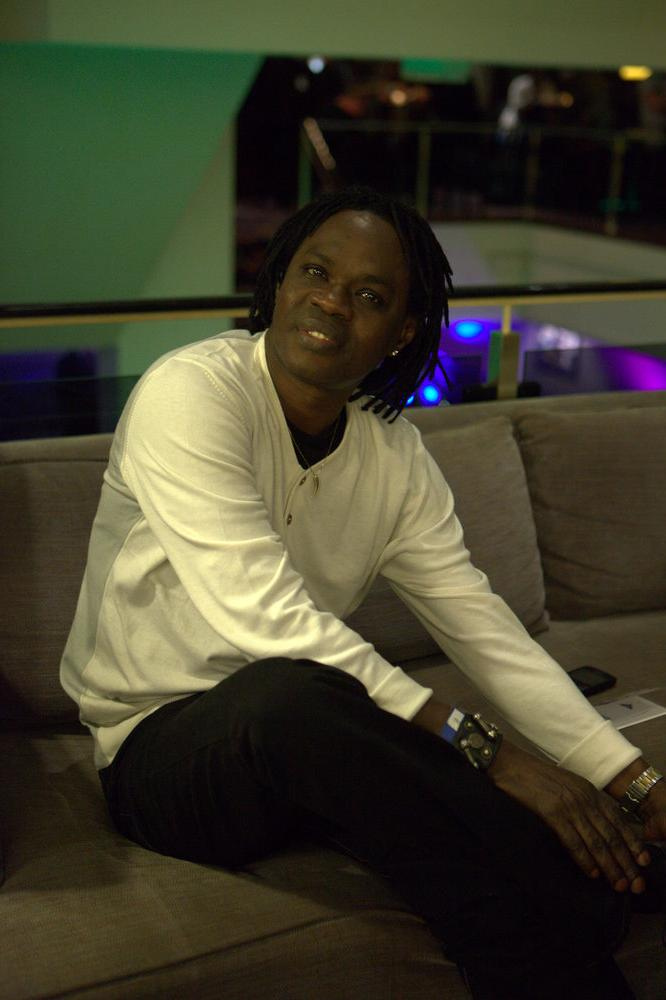 Professional singer and guitarist Baaba Maal was born in 1953 in Podor, Northern Senegal, in a fishermen’s family belonging to the Toucouleur people. Nevertheless, his first contact with music came from his parents, as his father sang in their local mosque, and his mother sang during communal ceremonies. His interest for this art grew so much that in 1974, after finishing high school, he joined the Dakar public music conservatory. Ten years after, in 1984, he formed the group Daande Lenol (i.e. The Voice of the People) with eight other musicians.  Their music mixes traditional Western African instruments with more modern ones, thus rejuvenating the genre and making it accessible to younger generations.

In 1988 he released his first solo album called Wango in Senegal. The same year, the English producer Chris Blackwell heard Maal’s early work and decided to sign him on his world music label, Mango, which extended the singer’s fame to a new European audience. It is on this same label that Baaba Maal released in 1991 Baayo and in 1994 Firin’In Fouta, two albums that again combined traditional Western African rhythms and instruments to more modern sonorities notably with the intervention of several European musicians.

After giving concerts both in Europe and the United States, Baaba Maal was nominated in 1996 in the Grammy Awards “World Music” category which illustrated his growing prominence and recognition in the music industry along the years. His musical career continued with the release in 1998 of Nomad Soul, in 2001 of Missing You (Mi Yewii), and more recently in 2008 of International riche Afrique, three albums in which the influence of his African origins remains central both musically and textually.

In addition to his musical productions, Maal is also politically active especially with his nomination as “Youth Emissary” for the United Nation Development Program in July 2003 mainly for his role in alerting African youth to the danger of HIV. The singer is also committed to the development of Podor, his hometown, as he has organized there since 2006 a cultural festival called “Les blues du fleuve” (i.e. “The river’s blues”) celebrating the richness of Western African culture through many artistic forms. Baaba Maal promotes during his concerts and through his texts a powerful image of the African continent, by putting forward its cultural diversity and grandness.

The Senegalese artist established himself as a Western African figure along the years, not only thanks to his art mingling traditional sonorities to more modern ones but also due to his dedication to political matters occurring in his native region and his promotion of the African cultural profusion on a worldwide scale. With 11 studio albums, numerous international tours and a widespread recognition, Baaba Maal is considered one of the most prominent artists who promotes the values of his African heritage.