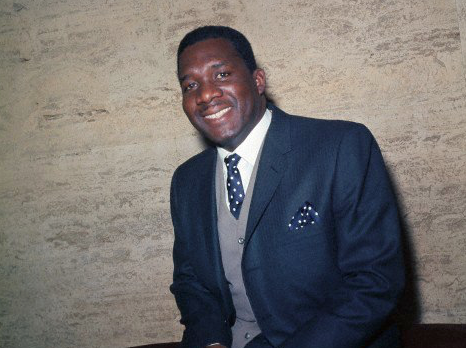 Pindling was born on March 22, 1930, to Arnold and Viola Pindling in Mason’s Addition, Nassau, Bahamas. Pindling’s father was from Jamaica and had previously immigrated to the Bahamas to work as a constable in the Royal Bahamas Police Force. Pindling’s mother, Viola Pindling, was from the Acklins’ family island, which she had left as a child.

Pindling attended Eastern Junior School in Bay Street, the Southern Junior School, and Western Junior School all in Nassau. He later attended Government High School (1943-1946), located in downtown Nassau. After graduating from GHS, Lynden Pindling took a job as a clerk at the Post Office Savings Bank at the age of 16 and worked there until 1948, when he traveled to London, England to begin his law studies. Pindling received his LLB from King’s University, London in August 1952, was admitted to the Middle Temple Bar in February 1953 and returned to Nassau in late June 1953 to be admitted to the Bahamas Bar. Pindling joined the Progressive Liberal Party as its legal adviser in late 1953 and became treasurer in 1954 and party president in 1963.

In June 1956, Lynden Pindling stood successfully in the general election in the Southern District of Nassau. He was elected parliamentary leader of the PLP and led the PLP inside and outside parliament from 1956 until his resignation in 1997.

Under Pindling’s leadership, the PLP was a major catalyst in achieving majority rule in 1967, when he also became the first Black Prime Minister of The Bahamas after successfully leading the PLP in the 1967 general election. Pindling led the Bahamas to independence on July 10, 1973, and ensured its membership in the United Nations. The PLP under Lynden Pindling’s leadership brought prosperity to the Bahamas, giving the nation one of the highest standards of living in the Western Hemisphere.

Pindling’s government established Bahamasair, the national airline, the Central Bank, the National Insurance Board, the Royal Bahamas Defence Force, and the Hotel Corporation. Sir Lynden Pindling retired from active PLP politics and leadership in July 1997 and was succeeded by Perry G. Christie at the 1997 PLP Congress.

Three years after his retirement, on August 25, 2000, Sir Lynden Pindling passed away after a long battle with prostate cancer. He was 70 at the time of his death and remains revered as the dominant figure in Bahamian politics for the first three decades of independence.

Pindling and Dame Marguerite Pindling were married in 1956 and were separated only by Pindling’s death. They had four children together. Pindling was knighted by Queen Elizabeth II in 1983 and was the longest-serving elected head of government in the British Commonwealth. In 2018, he was posthumously awarded the Order of National Hero (NH) and the Order of the Nation.