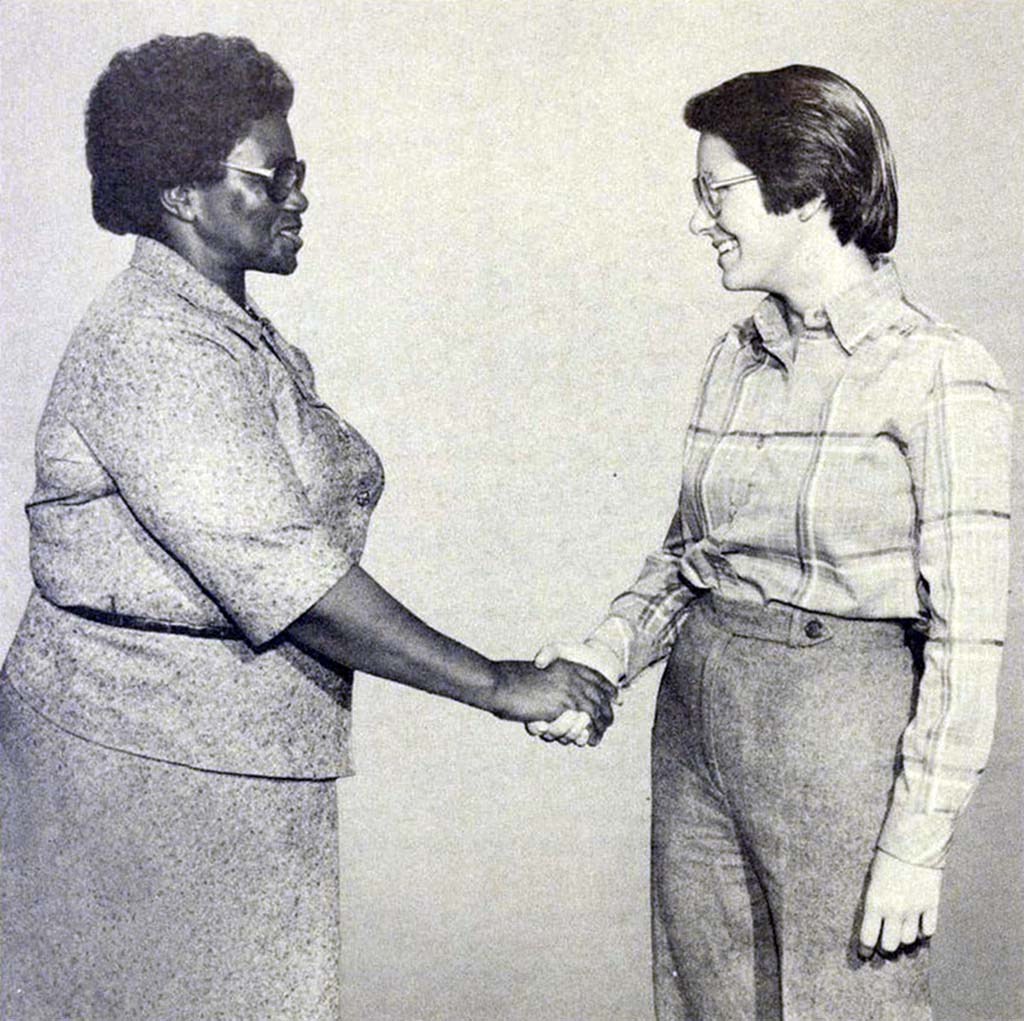 South African career trade unionist Lucy Buyaphi Mvubelo was a leading figure in the movement to improve conditions for workers in South Africa, although she saw that campaign as separate from the anti-Apartheid Movement.

Lucy Mvubelo was born on January 20, 1920 in Spes Bona, Johannesburg, to Swati parents, her mother a domestic worker and her father a labourer. At age 18, she married McKenzie Mvubelo with whom she had two children. She entered the clothing industry as a dress-maker in 1941, and five years later was elected to the Executive Committee of the Garment Workers Union (GWU).

When 1953 apartheid legislation excluded blacks, Mvubelo formed a parallel union, the Garment Workers Union of African Women (GWUAW). Elected to the National Executive of the almost exclusively black South African Congress of Trade Unions (SACTU) in 1955, she grew uneasy with its increasingly close ties to the African National Congress (ANC). Reluctant to link the anti-apartheid struggle to economic gains for workers, Mvubelo and GWUAW left SACTU in 1958 and joined the Federation of Free Trade Unions of South Africa (FOFATUSA). There she became the first black official to represent South Africa at an international labor conference, in Geneva, in 1959. From 1962 to 1986 she was General Secretary of the National Union of Clothing Workers (NUCW).

While leading the NUCW, Mvubelo obtained higher wages for clothing workers in 1965. In the 1970s she campaigned for equal union rights, the recognition of all workers, including homeland residents and migrant workers, and better wages.

Mvubelo called for U.S. companies to invest in, create jobs, and to bring vocational and skills development programs to South Africa. She toured the U.S, in 1975, with Mangosuthu Buthelezi, and again in 1979, this time, sponsored by the pro-Apartheid South Africa Foundation. During this tour she urged businesses not to impose economic sanctions which she felt hurt black workers most.

In 1979 when the South African government allowed equal status for black unions, Mvubelo pointed out that the new policy simultaneously excluded thousands of black homeland residents and migrant workers. Because of her controversial stands, by 1984 Mvubelo was branded a ‘government collaborator’ by the ANC and other anti-Apartheid activists, and her Soweto home was bombed.

During her four decades in trade unionism, Mvubelo achieved considerable gains in wages and benefits within the clothing industry. Despite her controversial legacy because of her refusal to bring politics into the economic sphere, Mvubelo opposed apartheid in her own practical way: she led the campaign for a living wage, better skilled jobs, dignity, and homes for the vast majority of South Africa’s black residents. Among Mvubelo’s recognitions are the Federation of Professional and Business Woman of the Year Award (1974), the Johannesburg Star Woman of the Year Award (1979) and an honorary doctorate from Rhodes University (1981).

Lucy Mvubelo died on October 30, 2000, at the age of 80. Thirteen years after her death, she was remembered at Workers’ Day celebrations in May 2013, as a “sterling leader” by government minister, Ms L.N. Sisulu, for her “sacrifices and devotion to duty and struggle.”