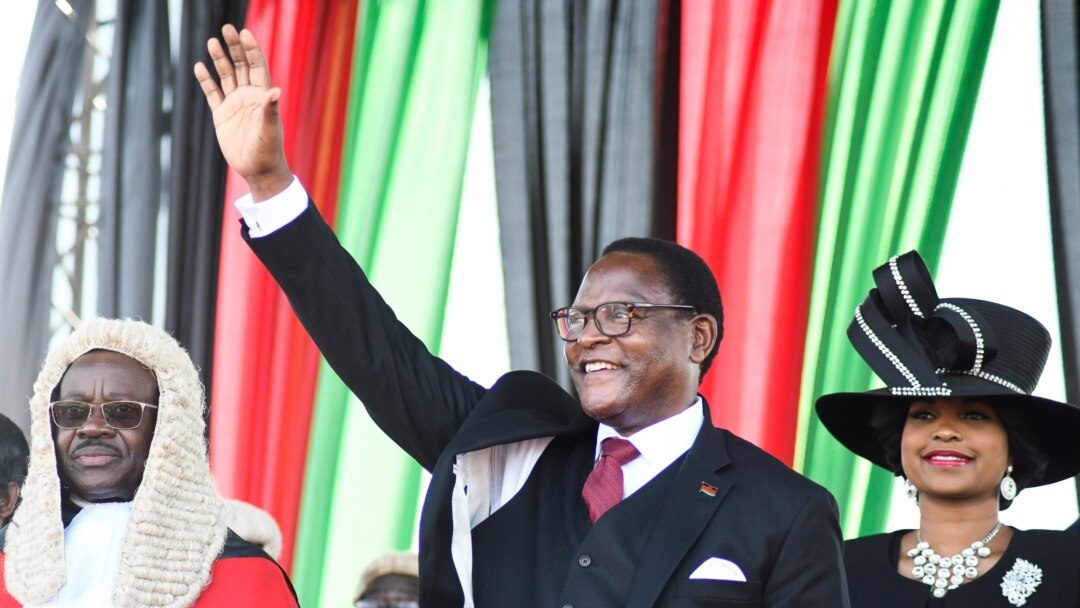 Malawi’s current president, Lazarus Chakwera, was born on April 5, 1955, on the outskirts of Lilongwe to Ernest Person Chakwera and Mallen Mwale. His parents were subsistence farmers. Two of his brothers born before him died in infancy. His father named him Lazarus to express his faith that he would defy the odds and live long as the Bible character who was raised from the dead.

Chakwera ran again in the hotly contested 2019 presidential election. Despite complaints and accusations about irregularities, the Electoral Commission declared incumbent President Peter Mutharika winner by a margin of 3.1%. However, on the day that Mutharika was inaugurated for a second term, Chakwera announced his decision to challenge the election result.

After a six-month hearing, the Malawi Constitutional Court nullified the 2019 election and directed that a new election be held within 150 days. This was appealed but the Malawi Supreme Court upheld the nullification. The election took place on June 23, 2020, under the oversight of a newly constituted Electoral Commission. Chakwera won with 58.57 percent of the vote.

Lazarus Chakwera’s campaign promises included job creation, providing farmers with a universal fertilizer subsidy, ridding the country of tribalism, building infrastructure, and battling corruption. His campaign slogan was “Building a New Malawi Enjoyed by All.” In January 2022, demonstrations erupted in Malawi accusing Chakwera of nepotism, ethnic favoritism, and patronage. He responded by dismissing his entire cabinet.

Lazarus Chakwera and his wife, Monica, have one son and three daughters.