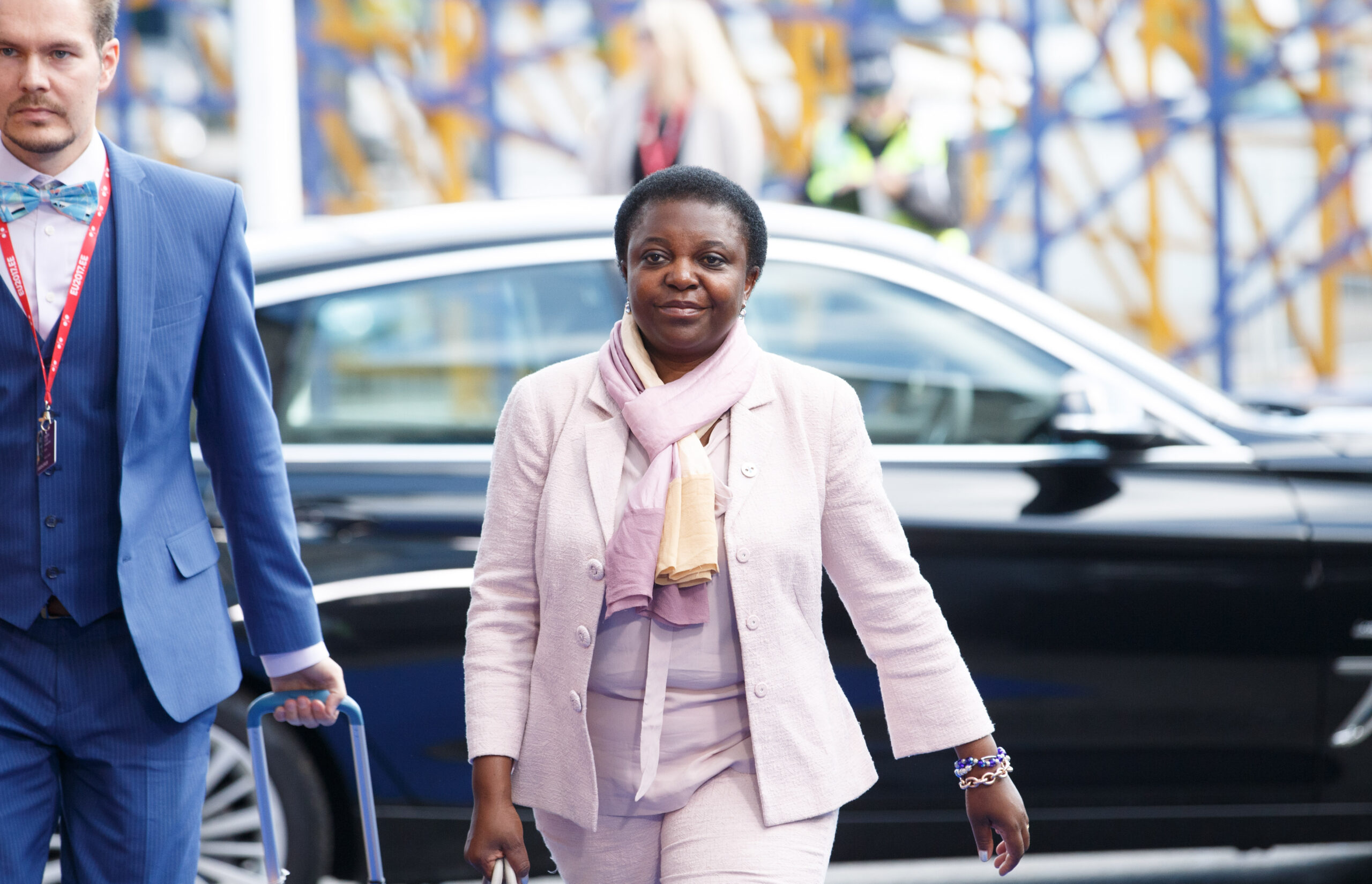 An Italian government official and medical professional, Cécile Kyenge Kashetu was born in the mining town of Kambove, Democratic Republic of Congo. In 1983 she moved to Italy and worked as a maid while studying medicine and surgery at the Università Cattolica del Sacro Cuore in Rome.  Though she had entered the country illegally, by the mid-1990s she was a naturalized Italian citizen, a certified doctor of ophthalmology working in the city of Modena, and married to an Italian engineer.

Concerned by increasing tensions over African immigration to Italy, Kyenge became involved in organizations defending the rights of migrants in the country and in 2002 founded an intercultural association called DAWA (Swahili word for “medicine”) to promote better relations between Italy and her native Congo.  She delved into local politics and in 2009, running as a member of the center-left Democratic Party (Partito Democratico or DP) was elected to a seat on Modena’s provincial council.  Through her committee work, and as party spokesperson on immigration issues, while serving on the council she continued her efforts to revamp social welfare and immigration policies in her region of northern Italy.

The fall of the government of conservative Prime Minister Silvio Berlusconi in 2011 provided the opportunity to institute more humane immigration measures.  Kyenge’s propitious election to the Italian Parliament’s Chamber of Deputies in February 2013, representing Emilia-Romagna, increased her stature in the DP.  On April 28, 2013, the new Prime Minister and DP leader, Enrico Letta, appointed her Minister for Integration, thus becoming the country’s first cabinet member of African descent.

Kyenge soon began making proposals to revise immigration policies, most notably scrapping the requirement that citizenship and/ or nationality be strictly determined by blood.  Currently, whereas a person who has never visited Italy and is descended from a line of Italian-born ancestors has an automatic claim to citizenship, a person born on Italian soil to legal immigrants from, say, Africa or the Middle East, cannot be considered for citizenship until age 18. Her initiatives to reform immigration legislation and facilitate citizenship for Italy’s rapidly-expanding minority-race population met with immediate and, to many, surprisingly nasty protests from a number of current and former high-profile politicians, particularly members of the rightist Northern League (Lega Nord).  Seemingly in competition to outdo one another in making crude references to Kyenge, they compared her to a Congolese monkey, a prostitute, an incompetent “housekeeper,” and said that she was “tribal,” a “black anti-Italian,” and a woman deserving of rape.  One went so far as to picture her as an orangutan on his Facebook page, and bananas were tossed at her as she spoke on immigration matters at a venue in Cervia. The unexpected racist onslaught prompted Kyenge to express concern for the safety of her two daughters.

Though disappointed with the tepid response to intolerance and lack of outrage shown by the country’s leaders, Kyenge’s supporters were encouraged that the widely publicized attacks on her had sparked a needed self-examination and national conversation on race.  And international support for Kyenge came from the 17-member European Union in the form of a statement of principles known as the Declaration of Rome, which reasserted the group’s commitment to diversity and its opposition to manifestations of racism and xenophobia on the continent.