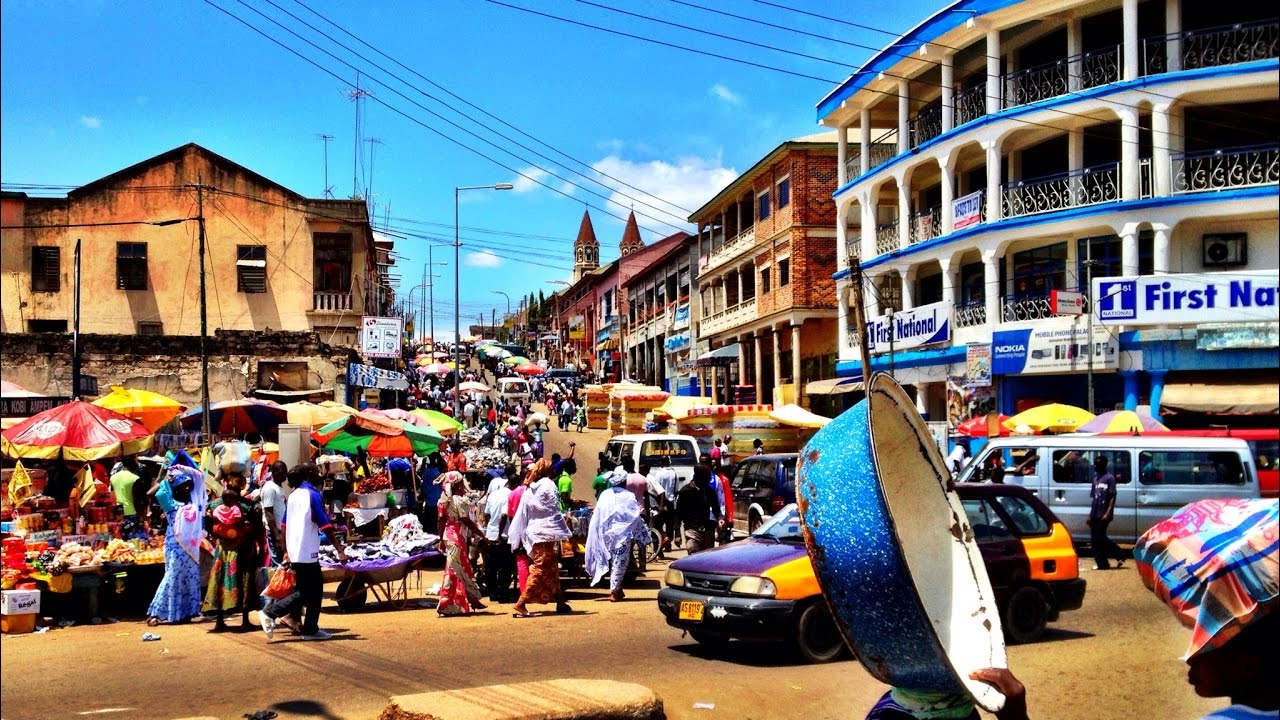 Kumasi, also spelled as Coomassie, is located in south-central Ghana and is the capital of the Ashanti, also known as Asante, region. The city is best known as the former capital of the Ashanti Empire. Kumasi boasted a population of 2,069,350 people in 2013 making it the second most populated city in Ghana behind Accra.

Kumasi was established by Osei Tutu, the first king of the Ashanti empire, around 1680 and became the empire’s capital city. Kumasi is said to have received its name from the kum tree that Tutu sat under while negotiating the terms for the land. The city was at the center of the empire’s national culture and was home to both the Ashanti imperial palace and the Golden Stool (the symbol of power within the empire). Kumasi prospered financially due to its proximity to nearby gold fields in addition to a number of international trade routes.

Kumasi was conquered by British forces in February 1874 and this was the first time in the empire’s history that an enemy army had entered the city. Kumasi would remain under Ashanti rule, however, until 1896 when the British formally occupied the area and exiled the Ashanti king. Four years later Yaa Asantewaa, an Ashanti noblewoman, attempted to defy the British rule by leading a national resistance struggle that was based in Kumasi. After three months the resistance forces were defeated and the British strengthened their political power in the area. Kumasi quickly flourished under Britain’s rule and the city developed into a center for colonial administration and construction. This resulted in a dramatic increase in the city’s population and overall growth. Kumasi would eventually become the home of the Gold Coast’s regional center for gold and cocoa production.

Kumasi was named the capital of the Ashanti region following Ghana’s independence from the British in 1957. The city is still an important center for trade and is involved in many industries some of which are the processing of agricultural goods and timber and the manufacture of consumer goods including textiles and foodstuffs. Kumasi is home to various educational institutions such as the Komfo Anokye Teaching Hospital, the Kwame Nkrumah University of Science and Technology, and Wesley College.

The rich culture and history of Kumasi can be appreciated in many notable buildings and sites throughout the city. The remnants of historical Ashanti buildings were designated a United Nations Educational, Scientific and Cultural Organization site in 1980. The Manhyia Palace, located in the northern part of the city, is home to the King of Ashanti’s seat and the Golden Stool. Concerns involving the constitution and customs are discussed here in the presence of the traditional council. The National Cultural Center is a large complex that contains an exhibition hall, library, and a museum.