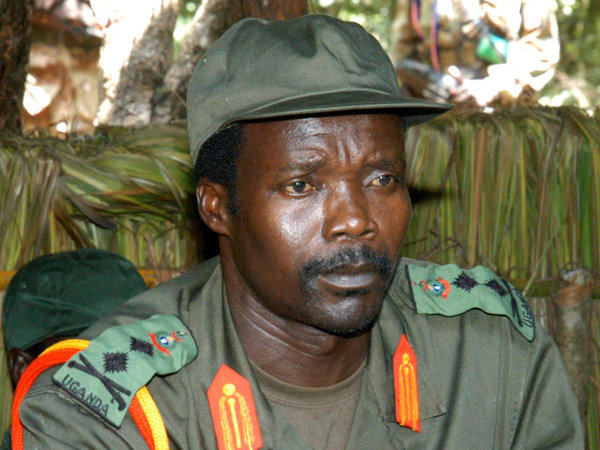 Josef Kony, the leader of the Lord’s Resistance Army (LRA), was reportedly born in 1961 and raised in the northern Uganda village of Odek.  Kony was deeply influenced as a youth by Christianity.  Following the arrival of the first missionaries in what is now Uganda in 1877, the country would become one of the busiest mission fields on the continent of Africa.  This Christian influence grew with the annexation of Uganda by Great Britain in 1894.  Although Uganda gained independence from Great Britain 68 years later in 1962, Kony grew up in a culture dominated by the residue of colonialism.  In his youth Kony served as an altar boy in the Catholic Church, but he soon dropped out of school to explore traditional Ugandan methods of medicine.

Kony was an ethnic Acholi, a group native to northern Uganda who suffered terribly under the brutal eight year military dictatorship of Idi Amin which ended in 1979.  In the aftermath of Amin, some Acholis began to push back against their traditionally marginalized status.  One radical example became known as the Holy Spirit Movement (HSM), led by Alice Lakwenga.  After a confrontation with the Ugandan Army, Lakwenga was exiled and the HSM re-formed.  In stepped Kony, a relative of Lakwenga, as leader of what became known as the Lord’s Resistance Army (LRA).  Kony’s stated purpose was to overthrow the government and rule the country using the Ten Commandments.  Because of Acholi resentment toward the regime of Yoweri Musevini, who seized power in 1986, the LRA initially enjoyed support in northern Uganda.  However, lack of resources quickly turned the LRA into a band of marauders who plundered villages, raped, mutilated, and killed adult inhabitants.  They also kidnapped thousands of children and turned them into LRA soldiers. Kony claimed he was following orders given by spirits who spoke to him in dreams. Kony is suspected of having taken over 50 of his captives as “wives” and fathered an unknown number of children.

The LRA developed a reputation for making their child soldiers kill family members and their peers who refused to fight or tried to escape.  Machetes, swords, and stones were frequently used.  Throughout the 1990s the LRA’s reign of terror prompted thousands of Ugandan children, known as “night commuters,” to walk from their villages to government run overnight camps to lessen the threat of abduction.

After years of bloody and largely unsuccessful insurgency, the International Criminal Court (ICC) accused Kony of massive human rights violations and issued a warrant for his arrest in 2005.  This increased scrutiny helped push the LRA out of northern Uganda and into the neighboring countries of the Democratic Republic of the Congo, South Sudan, and the Central African Republic.  In 2012 the non-profit group, Invisible Children, released a 30-minute film and organized an accompanying social media campaign titled Kony 2012.  The video went viral on YouTube and Twitter, generating millions of views and tweets and even landed Kony on the cover of Time magazine.

Although condemned and one of the world’s most wanted men, Kony has continued to operate in the border region of Uganda and its neighbors. LRA attacks over the years have been singled out as among the biggest causes of population displacement in all of Africa.