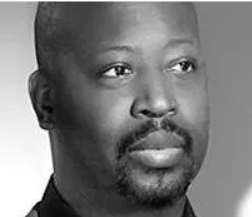 Clothing entrepreneur Malamine Koné, was born in Mali on December 21, 1971, but now lives near Paris, France. He is most famous for creating the sport-clothing brand Airness in 1999. Fifteen years later, the clothing line is one of the most popular in France.

While growing up in an impoverished village not far from Bamako, the capital city of Mali, Koné worked as a shepherd, responsible for searching for ponds and grass for cattle in the semi-arid Sahel region that covers most of Mali. Because of his parents’ poverty, he did not attend school and often relied on his grandparents for food. His mother and father decided to immigrate to France in the late 1970s, initially leaving young Koné behind. In 1981 at the age of 10, he was reunited with his parents in Seine Saint-Denis, a suburb north of Paris.

When he arrived in France, he could not speak French, had never experienced a winter, and had never attended school. In his first two years in the country, he attended a special school designed for immigrants to France and then enrolled in a regular French academy. Over time, he became an excellent pupil and graduated from a university. His goal at that time was to enter the Paris Police Department and eventually become a police administrator.

During his university studies, Koné worked as a boxer and in 1994 won the French amateur middleweight championship. He fought under the name Panther.

In 1995 at the age of twenty-four, Koné was injured in a car accident. He nearly lost his left leg and endured twelve surgeries. Those operations cancelled any aspirations he had for either boxing or police work.

After speaking with friends and other young people, he became aware of the importance of casual clothing. That year, he rather brashly founded his own sport-clothing brand but soon found he could not complete with established sports clothing manufacturers such as Nike and Adidas. Nonetheless, he continued to experiment with new brands and marketing strategies for the next four years. Finally, in 1999 he founded Airness, as his sport brand, with the panther as a symbol of determination and success.

At the founding of Airness, Koné was alone. He served as the CEO, designer, driver, delivery agent, and commercial director. His first pieces were Airness T-shirts that he tried to sell in the specialized shops. He then convinced prominent soccer players, including Djibril Cissé, Didier Drogba, and Jean-Pierre Papin, to wear his shirts not in the stadiums were they were under contract with Nike and other brands but in the streets of Paris and other French cities as “pedestrians.” The marketing strategy worked, and soon Airness began to develop a following among soccer fans.

After this initial success, Airness grew rapidly, adding employees and getting placed in a growing number of sports clothing stores.  The company also began to manufacture sports equipment for major soccer teams. By 2004 the Stade Rennais and the Breton Sport Club, adopted Airness as their official brand. Soon afterward, soccer teams across France but also in England, Portugal, Belgium, and the national teams of Mali, Gabon, Guinea, Burkina Faso, and the Democratic Republic of the Congo all adopted Airness.