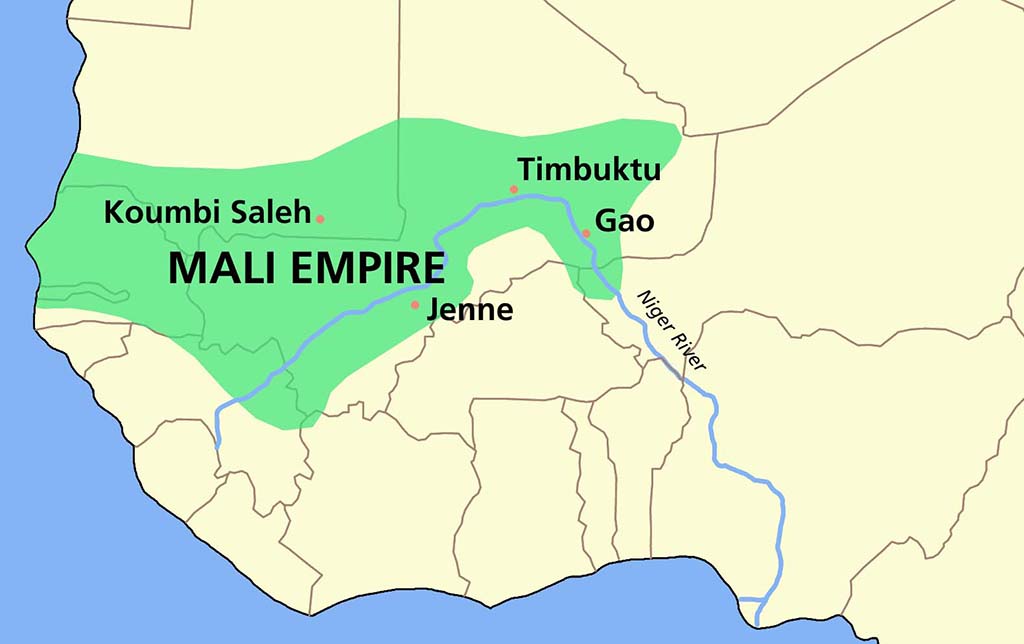 Sundiata (Sunjata) Keita was a West African political leader who would become the founder and first ruler of the Mali Empire in medieval West Africa. He founded the empire circa 1235 CE and ruled until his death in circa 1255 CE. The Mali empire was prosperous under his rule. Sundiata was also the great uncle of the most famous of the rulers of Mali, Mansa Musa, whose well-documented and lavish pilgrimage to Mecca in Arabia made Mali the most famous African empire in the world a that time. Although Sundiata Keita is a historical figure, much of what is known about his life and reign has been worked out by historians studying the near-legendary accounts described in the Epic of Sundiata. These accounts give modern historians a fairly complete idea of Sundiata Keita’s life, but with such accounts nothing is certain.

According to legend, Sundiata Keita was born the son of Chief Nare Maghan, of the Kangaba people on the upper Niger River around the year 1210. He was disabled as a boy, but it is said that he had incredible willpower and wanted to walk like the other boys in his father’s chiefdom.  Through his sheer will, he was one day able to walk but was later driven out of his home when Soumaoro (Sumaguru) Kante killed his father and too control of the Kangaba people. After living in exile Sundiata at the age of 25, amassed an army through alliances with nearby Mandinka people and faced Soumaoro in the battle of Kirina in 1235. Legend has it that Sundiata Keita defeated Soumaoro Kante in the battle because he was a more powerful magician than Soumaoro. Historians now suggest, however, that Sundiata’s superior military strategy played the decisive role in his victory.

After winning the battle of Kirina in 1235, Sundiata quickly founded the empire of Mali that same year.  Initially the empire was set up as a sort of federation, with Sundiata ruling from his capital, Niani, but allowing trusted warlords and chieftains to rule individual provinces with relative freedom under him. This system proved successful during his reign, ushering in fir the first time political stability through much of the interior of West Africa. Part of Sundiata’s success came from being a strong military leader but also in having other strong generals under his command such as Tiramakhan Traore.  Subsequent rulers of Mali, however, beginning with Mansa Musa, consolidated and centralized power at the capital.

The Mali Empire would become the largest and most prosperous state in West Africa with much of its wealth coming from the long-distance salt and gold trade with North Africa across the Sahara.  The Empire at the height of its power would stretch fifteen hundred miles from the Atlantic Ocean to the bend south of the Niger River. Thanks to the strong foundation set by Sundiata who died in 1255, the Mali Empire became one of the most influential states in the African history.