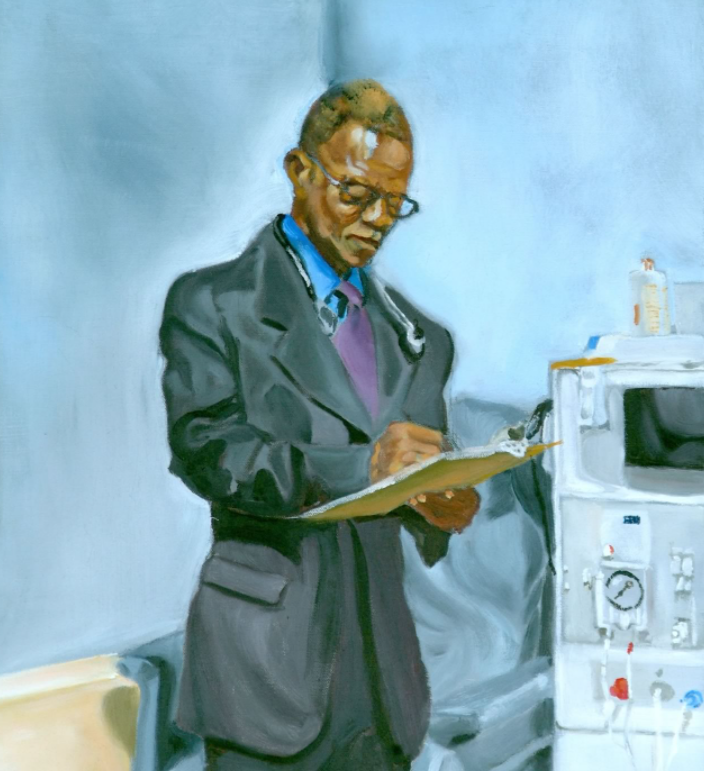 Judson Frazier Eneas was a pioneering physician and nephrologist, who died of COVID-19 on April 5, 2020. He was classified as the Bahamas’ fifth COVID-19-related death and identified by the country’s health care officials as case #18. Dr. Eneas tested positive on April 1 and died on April 5 after being placed on a ventilator. He was 72 years old.

Eneas was born in Nassau, Bahamas on April 18, 1947 to Dr. and Mrs. Cleveland Eneas Sr. He came to the United States in the 1960’s to pursue higher education. Eneas attended Fisk University in Nashville, Tennessee, and was initiated into the first class of the Omega Psi Phi fraternity through the Eta Psi Chapter, in 1965. He earned his BA in Mathematics, Summa Cum Laude, in 1967, and continued his education at the University of California in San Francisco (UCSF), obtaining his medical degree in 1971. Following his internship in internal medicine in 1972 at UCSF, he began his residency at Emory University in Atlanta, Georgia before completing it at UCSF.

Dr Eneas joined the United States Naval Hospital in Charleston, South Carolina in 1973, and spent two years as the Director of the Hypertension and Diabetes clinic. He returned to the University of California in 1975 to continue his studies, and became Board Certified by the American Board of Internal Medicine in 1976. Dr. Eneas remained in California and began a two-year fellowship in Renal Disease at San Francisco General Hospital where he qualified for board certification in nephrology in 1978.

Dr. Eneas opened a private practice in San Francisco in 1978. During this period he was an assistant professor at UCSF and president of the John Hale Medical Society (the local branch of the National Medical Association. He also developed healthcare services at Jones United Methodist Church.

In 1986 Dr. Eneas returned to the Bahamas, moving his family there to be closer to his aging parents. With his new practice in Nassau introduced dialysis to Doctors Hospital in the Bahamas and established the critical dialysis services there. He founded New Providence Dialysis Center which eventually became RenalMed Associates Medical Center and served as its Medical Director. Dr. Eneas also served as Chairman of the medical staff at Doctors Hospital, and Chairman of their Department of Medicine.

In 1992, Dr. Eneas and his wife, Marcheta, founded the Bahamas Beautillion Committee to mentor young Bahamian men. Their work led to the establishment of The Gentleman’s Club, an after-school program geared towards promoting the growth and educational advancement of local young men. By 2020 the program had mentored 1,300 young men and raised more than $10 million in scholarships to support their education at Fisk, Morehouse, and Tuskegee Universities as well as colleges and universities in the West Indies and Canada.

Dr. Eneas was a founding member of Delta Lambda Boule of Sigma Pi Phi Fraternity, in Nassau, The Bahamas. He is survived by his wife of nearly fifty years, Marcheta Q. McManus Eneas, their three children, Kemba, Judson, and Kashta, and three grandchildren.