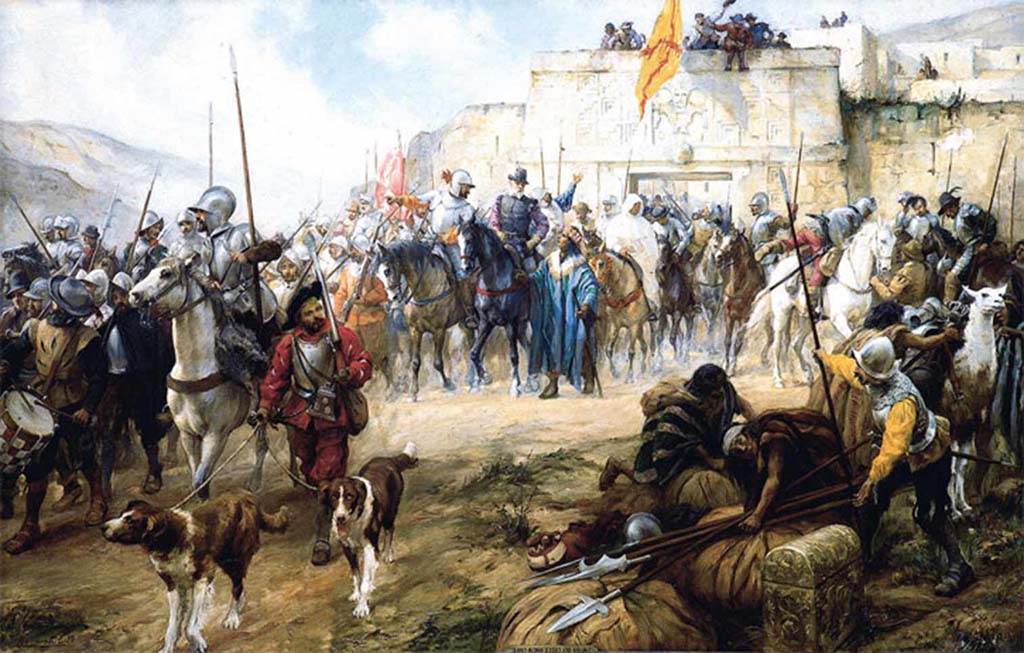 Juan Beltrán de Magaña was a black conquistador of Chile. He was born in Guadalajara, Spain in 1537 to Francisco Gonzalez Mencia and Estacio de la Peña. He married Mariana Aguirre and had a legitimate son named Martin de Briones. In addition, he had an illegitimate son of black and indigenous heritage also named Juan Beltrán.

Beltrán de Magaña arrived in the New World in 1546 landing specifically in Peru. After demonstrating his military merits as a child soldier, and for services rendered at the battle of Xaquijaguana, he was appointed the page of Pedro de Valdivia as he headed to Chile. Beltrán de Magaña appears in the historical record in 1552 as one of 150 founders/conquerors of the city of Valdivia, Chile. At the time, Valdivia was the southernmost Spanish outpost in Chile. This was a geographic region home to many indigenous people, lumped together and called Araucanian by the Spaniards. Today, the Manpuche are the sole surviving cultural group recognizable amongst the many from this time.

In 1563 the King of Spain awarded Beltrán de Magaña with an encomienda, a grant of labor and tribute paid by the subdued local Indians. As rare as it was for a black man to receive such an honor, by 1567 Beltrán de Magaña was disgraced by being accused of defaming and writing inappropriate letters to married, respectable women in Spain. His unseemly behavior caused scandal and marked his good name. His liaison with an indigenous woman, resulting in his mulatto son, did not generate such controversy in the Spanish New World and thus, there is no such scandalous mark in the historical record.

Beltrán de Magaña next appears in southern Chile during the War of Arauco with the Mapuches. On March 17, 1575 the city of Valdivia was devastated by a massive earthquake. Amidst the chaos, 4,000 of the Huilliche Indians, who had been fighting with the Spanish against the Mapuches, rebelled against Martín Ruiz de Gamboa’s army once they arrived back in the Valdivia area. Just three years later, in 1578, Beltrán de Magaña died fighting the Araucanian indigenous people somewhere in southern Chile.