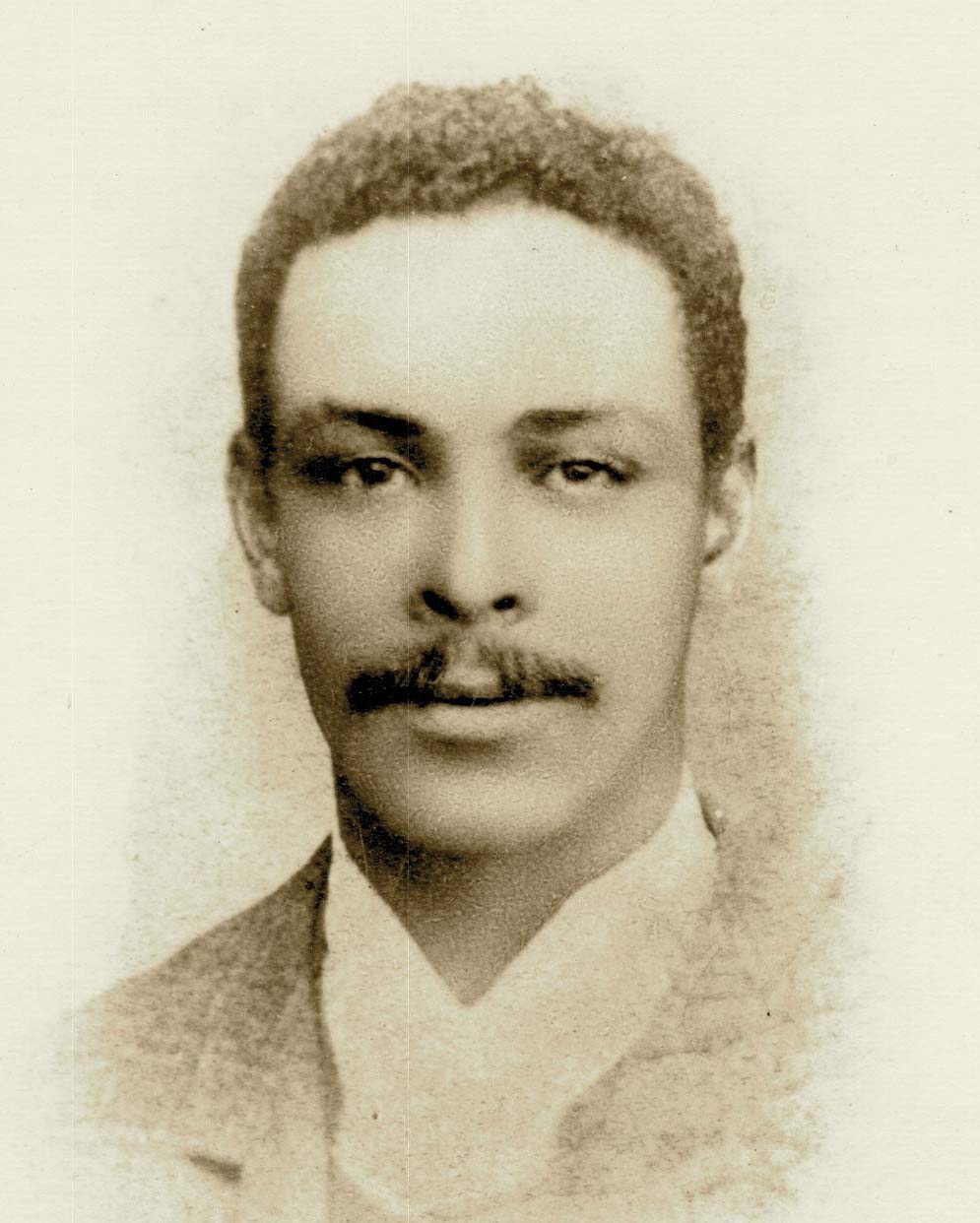 Dr. Jotello Festiri Soga in 1886 became the first South African of any race to receive a degree in veterinary medicine.

Born in 1865 into a distinguished Xhosa family from the Eastern Cape, his parents were Rev. Tiyo Soga, and Janet Burnside Soga, who was Scottish. After his father’s death in 1871, the family went to Scotland where the children completed their basic education. Jotello then studied veterinary medicine at the University of Edinburgh, graduating in 1886. His three brothers graduated from the University of Glasgow, returning to South Africa.

Rev. Soga, his father, was South Africa’s first black ordained Presbyterian clergyman, was an early advocate of black pride and racial equality who inspired the founding of the African National Congress (ANC) in 1912.

Jotello Soga, the veterinarian, helped eradicate Rinderpest, also called “cattle plague,” the highly contagious and fatal disease that almost destroyed South Africa’s herds in the late 19th Century. He was the only black African member of a small team of dedicated animal health professionals who worked in the Afrikaner as well as the British-controlled areas of South Africa to fight the infection.

Their combined efforts finally prevailed, and by 1903, Rinderpest was eradicated but the loss was staggering. Across the territory, more than a million cattle died either from the disease itself or deliberate slaughter to control the disease. The cost and the consequences were devastating in late 19th Century South African agrarian economy.

Soga’s role was particularly significant in that he spoke the indigenous language and thus could convince Xhosa farmers to cull their herds in order to contain the disease. Xhosa farmers had enormous herds and even though they were concentrated in the Eastern Cape, some of their cattle were bought and sold among all farmers throughout South Africa.

The success of today’s South African dairy and cattle industries can be traced to this team of veterinarians of which Dr Soga was a key member. Rinderpest had a devastating impact on South African cattle. It was that plague that forced the Afrikaners and the British to work with black South Africans to eradicate the disease.

In 1892, even before the plague struck in full force, Dr. Soga wrote in the Cape Agricultural Journal that Rinderpest was the “new Colonial enemy” and other cattle illnesses were “simply fools to it.”

Although the British authorities recognized Dr. Soga’s role in eradicating Rinderpest, he was denied a permanent position in the colonial government because he was black.

Despite racial discrimination, Dr Soga continued to conduct important research on animal health and frequently contributed articles on veterinary medicine to professional journals. He was a much sought-after speaker at conferences organized by South African farmers, including Afrikaner agricultural groups. He was also a co-founder of the Cape Colony Veterinary Society in 1905, which later became the South African Veterinary Association (SAVA).

Dr. Jotello Soga died December 6, 1906, at the age of 41. After his death his contributions to veterinary research almost disappeared from public view. His very existence was not generally known until this author wrote an article about him for an Afrikaans-language newspaper in 2007. As a result, the University of Pretoria named the library of its Faculty of Veterinary Science in Dr. Soga’s honor in 2009.