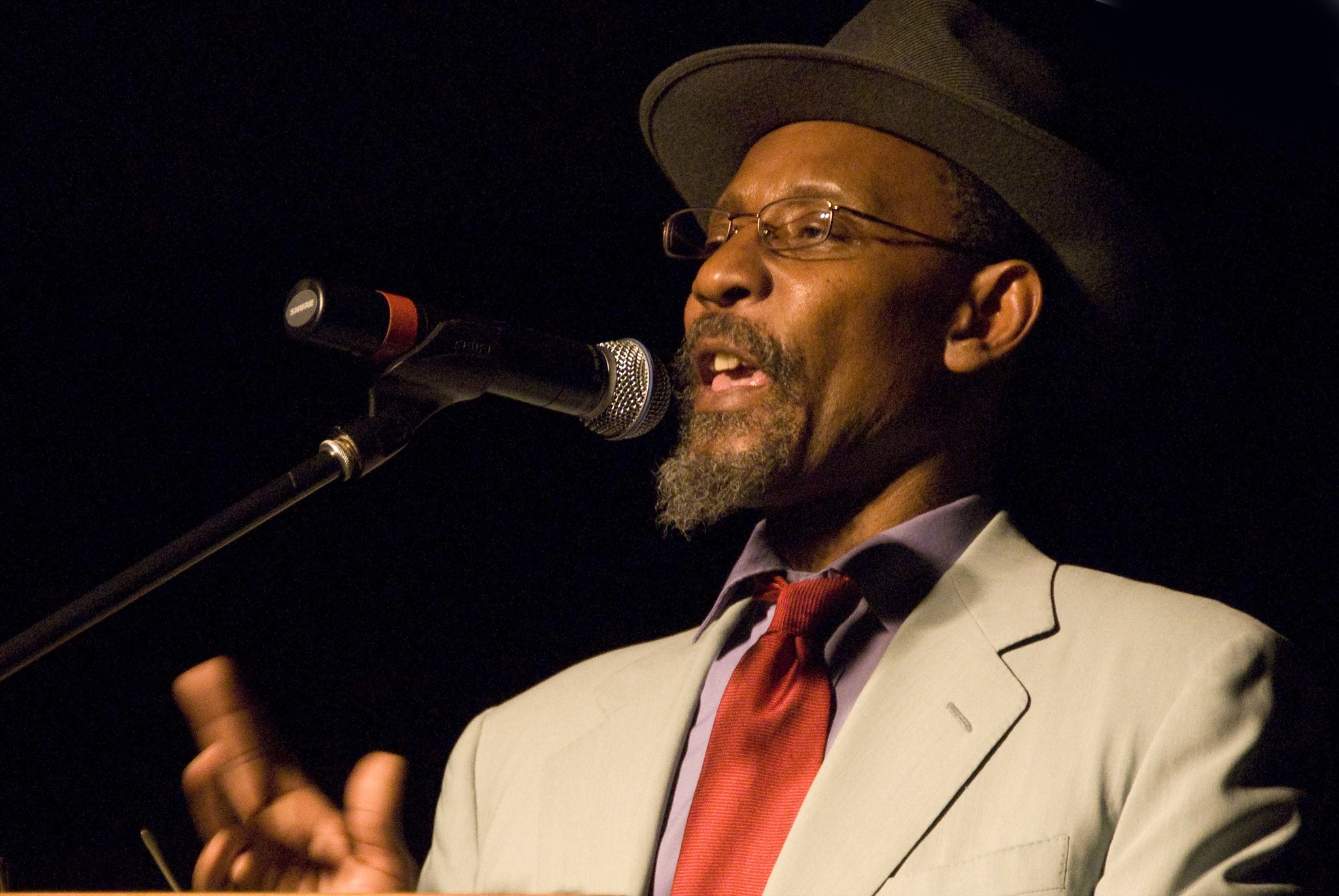 Linton Kwesi Johnson, political activist, poet and reggae artist, was born in Chapelton, Jamaica in 1952. After his parents’ divorce, Johnson was raised by his grandmother. Johnson left his small parish in 1963 and moved to London, UK to be with his mother, where he attended Tulse Hill secondary school.

Johnson became increasingly aware of the struggles facing black citizens in Brixton during his adolescence, in particular police brutality. He was inspired by W.E.B. DuBois’s book The Souls of Black Folk (1903). In 1970 he joined the Black Panther movement in Britain where the youth meetings he attended were a formative period of his life and subsequent politics. This political awakening would inspire Johnson to write poetry and to vocalise the racial injustice he saw around him. He highlighted the death of demonstrator Blair Peach, who was killed at an anti-fascist march.  Some activists believed he died as a result of violence by the Metropolitan Police’s “Special Patrol Group.”

In the wake of the British civil rights movement, Johnson experimented with cultural nationalism as well as the Rastafarian ideology. Ultimately his allegiance was directed to black working class London.

Johnson pursued a degree in Sociology at Goldsmiths College, University of London. After graduating he began to experiment with the fusion of poetry and percussion, music and verse, which lead to him being widely regarded as the first “dub poet,” an art form which involves mixing the spoken word with reggae rhythms. In 1977 Johnson was awarded the C. Day Lewis Fellowship and became writer in residence for Lambeth, a London city borough. A year later Dread, Beat An’ Blood was published, a collection of poetry written by Johnson in his native Jamaican dialect. This was followed by the recording of several albums.

At the start of the 1980s Johnson published the controversial volume Inglan is a Bitch, and supplemented his creative endeavours with work as a journalist. During the mid-80s he founded the record label LKJ, whose artists today include Fizzé, Dennis Bovell, and Steve Gregory, which eventually sold millions of records and achieved global success.

Johnson’s reputation extends beyond the Caribbean immigrant community in Great Britain. In 1985 Warwick University made him an Associate Fellow and two years later Wolverhampton Polytechnic made him an Honorary Fellow. In 2002, Johnson was published in the Penguin Classics poetry anthology; the first black poet to achieve this distinction. The Institute of Jamaica awarded him the Musgrave medal in 2005, in recognition for his poetic work.