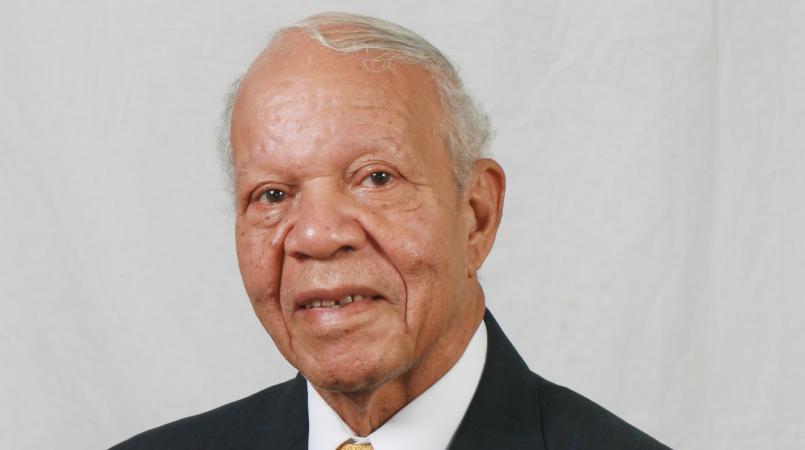 Sir John George Melvin Compton was a Saint Lucian politician who became the nation’s first Prime Minister after independence in February 1979. After leading Saint Lucia under British rule from 1964 to 1979, Compton served as Prime Minister three times. He co-founded the conservative United Workers Party (UWP) in 1964 and led the party until 1996 and then again from 2005 to 2007.

Compton was born on April 29, 1925, in Canouan, Saint Vincent and the Grenadines. In September 1939, he and his family moved to Saint Lucia. Compton attended the College University of Wales from 1948 to 1949 and the London School of Economics from 1949 to 1951 where he studied law and economics. He was admitted to the Bar on August 7, 1951.

Compton entered politics in 1954 and successfully ran as an Independent for a seat on the Saint Lucia Executive Council. He became Councilor for Social Affairs in 1955 and remained in that position until the committee system was replaced by the ministerial system in 1956. That same year he joined the Saint Lucia Labour Party (SLP). He was re-elected in 1957, and in 1958 Compton became Minister of Trade and Production; he was also appointed Deputy Chairman of the SLP under George Charles. In 1960, he was again appointed Minister of Trade and Industry. Although Compton was re-elected in 1961, he chose not to join the Executive Council.

In 1964, Compton merged the National Labour Movement with another opposition party, the People’s Progressive Party, to form the United Workers’ Party (UWP). This new party won the 1964 general election and made Compton the new Chief Minister. 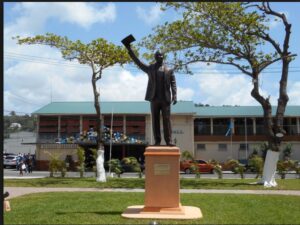 Between 1964 and 1979, Saint Lucia experienced an unprecedented economic boom. Previously flagging economic sectors such as tourism and manufacturing were revived. Compton worked to diversify the economy because he believed the country could not depend solely on the banana industry which had at that time formed the backbone of the economy.

On February 22, 1979, Compton became the first Prime Minister of Saint Lucia when the island gained full independence from Britain. From 1979 to 1982, Compton was Leader of the Opposition when the Saint Lucia Labour Party was in power. In 1982, Compton again became Prime Minister when the UWP swept the SLP from office. Compton retained the post of Prime Minister until January 1996, when he handed over the leadership of the UWP to Dr. Vaughn Lewis. He continued to serve as a senior minister in the government. Compton returned to power after leading the UWP to a resounding victory over the SLP on December 11, 2006.

In 1967, John Compton married Janice Barbara Clarke, daughter of the first St. Lucia-born Governor of Saint Lucia, Sir Frederick Clarke. The couple had five children: Janine, Shawn, Maya, Fiona, and Nina. In early April 2007, Compton delivered a four-hour budget speech to Parliament. Shortly afterward, on April 30, he fell ill. He spent the next months in hospitals in New York, Martinique, and Saint Lucia. On Friday, September 7, 2007, Sir John Compton succumbed to his illness and died at 6.50 pm at the Tapion Hospital in Castries. He was 82.