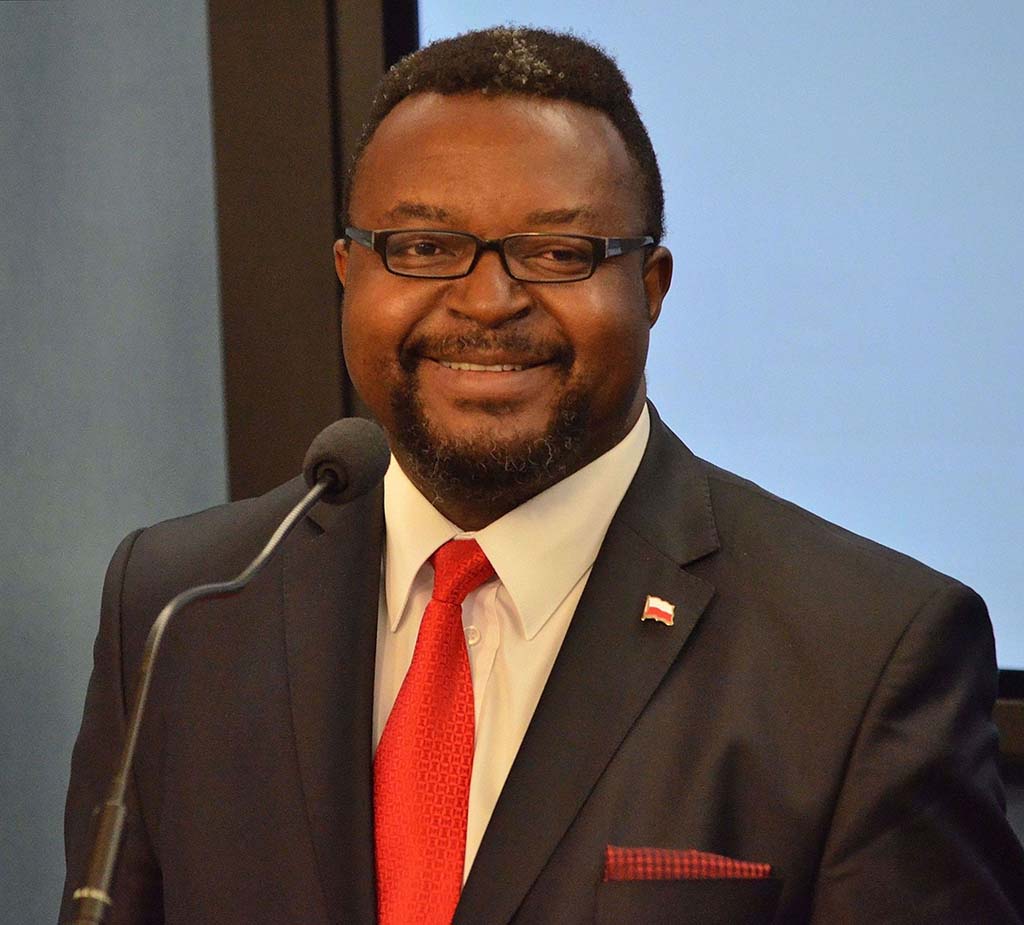 John Abraham Godson, a conservative politician, university lecturer, businessman, and former Pentecostal preacher, is the first person of African descent elected to public office in Poland. He was born on November 25, 1970, in Umuahia, Nigeria, as Godson Chikama Onyekwere. His father, Silvanus Nwokocha Onyekwere, was a teacher, high school principal, and Methodist preacher. His mother was an elementary school principal. Godson admits he was a troubled teenager and credits Christianity and joining the Church Of God in Christ for finding a sense of purpose in life. After graduating from the Abia State University (Uturu, Nigeria) with B.S. in agriculture in 1992, he was a researcher at the International Institute of Tropical Agriculture in Ibadan. At the time, he decided to become a missionary, and in 1993, he chose an assignment in Poland. A year later he met his wife, Aneta. The Godsons have four children.

After teaching English at the West Pomeranian University of Technology in Szczecin (northwestern Poland) for several years, Godson moved to a nearby small town where he focused on his evangelizing mission. In order to make his travels around the country more manageable, the Godson family moved to centrally-located Łódź, an economically struggling city and Poland’s former textile industry hub.

In 2004 Godson joined the Civic Platform, a leading Polish center/right-wing political party. As its member, he engaged in the local politics, first at the district and then at the city level. In 2008 he won a seat in the Łódź City Council, becoming the first black person elected to public office in Poland. He quickly became known for his direct engagement in local communities. Godson held unusually frequent office hours for his constituents and his cell phone number was publicly available.

In 2010 Godson was reelected to the city council with the second best result in Łódź, but the same year he became the first black member of the lower chamber of the Polish Parliament. In 2011 Godson was reelected to Parliament, but he did not manage to secure a parliamentary seat in the 2015 election. In 2013 he left the Civic Platform, and, after a brief tenure in a newly created conservative party, he is currently politically unaffiliated.

Godson has been particularly active in the process of establishing stronger economic and cultural relations between Poland and African countries. He launched the African Institute, a foundation promoting Polish-African collaboration that organized the Polish-African Economic Forum. He was also involved in designing the governmental “GoAfrica” initiative. The initiative promotes Polish firms in Africa and strengthens intergovernmental and diplomatic links between Poland and a number of African states.

Godson describes himself as a lifelong student. He holds a number of academic certificates and degrees, including a Master’s in International Relations, Master’s in Professional Communication, and an MBA. He was also a doctoral student at two major Polish universities. He has held guest lecturer positions at various Polish universities and college-level institutions where he has taught courses in management, human resources, international relations, communication, and diplomacy.

As of December 2015, Godson focuses on his business and philanthropic projects. Additionally to the African Institute, he has established three other foundations: the Partnership for Łódź which aims to fight poverty in the city and awards academic scholarships to the youth; the Christian Civil Movement which promotes Christian values in the civil life; and the John Godson Foundation which supports academically gifted students from poor families and emerging leaders in Nigeria. His business activities concentrate on supporting Polish companies in establishing their presence in African countries.