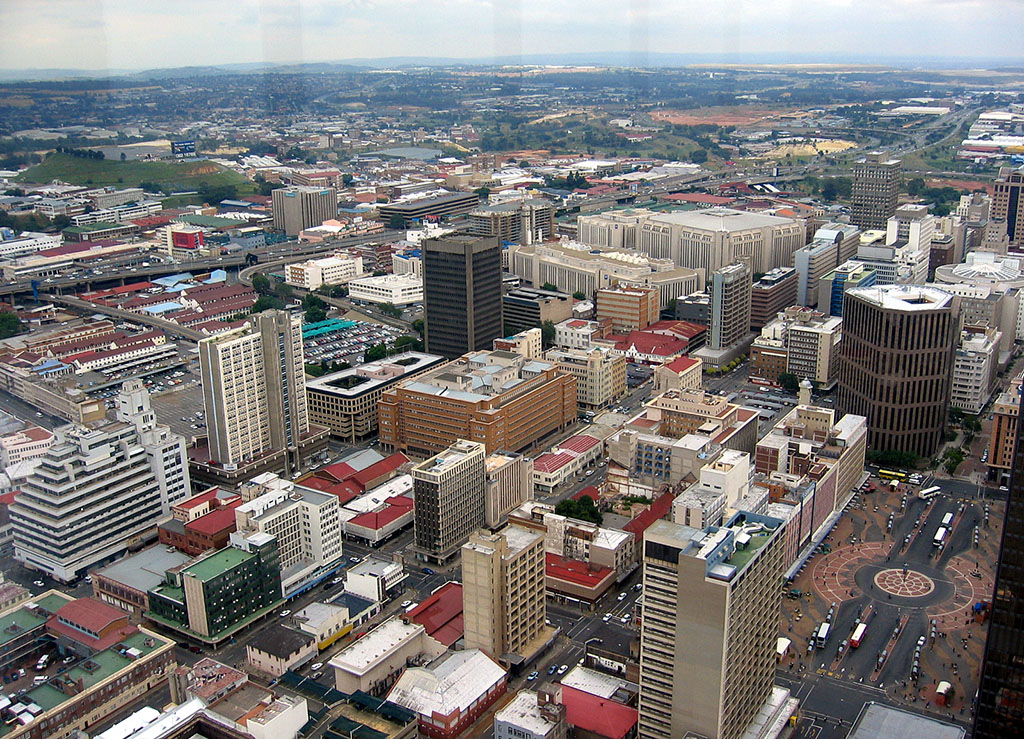 Johannesburg is the largest city in South Africa.  Before the 1837 arrival of the Transvaal Boers, descendants of Dutch settlers, the area that is now Johannesburg was occupied by the Sotho-Tswana peoples. In early 1886, gold was discovered on the Witwatersrand ridge. By 1889, Johannesburg boasted a population of 3,000 as well as a hospital, stock exchange, and electric lighting. Three years later this number had ballooned to 102,000.

Britain saw potential wealth in the area as well, and took control in 1899 after the Anglo-Boer War. In 1902, white miners organized into the Transvaal Mine Workers Union, the first of several organizations intended to secure preferential treatment for its members over black labor. Along with discrimination in the workforce, native Africans were forced to contend with housing discrimination. In 1904, partially in response to an outbreak of the plague, the municipal government destroyed both Chinese and native African areas of the inner city and relocated residents to Klipspruit outside the city.

The First World War spurred expansion of Johannesburg’s manufacturing and agricultural industries. After the war, labor disputes, once again with racial overtones, began to erupt. The most serious of these was the Revolt on the Rand (Rand Rebellion) in 1922, a general strike by 25,000 white miners that required military intervention, leaving 214 dead.

South Africa’s departure from the gold standard in 1932 and the subsequent rise in the precious metal’s price heralded an economic boom for Johannesburg, and the city was made over in American architectural styles. The Second World War continued development and increased both the demand for and the wages of black laborers.

By the early 1950s, South Africa’s government constructed a series of townships, collectively known as the South Western Townships or Soweto, to house black residents under the Apartheid System.  Twenty years later in the early 1970s, Soweto, with over one million residents, was the largest racially segregated community in the world.  In June of 1976, a street procession of secondary school students who were protesting aspects of their curriculum was fired upon by the police in Soweto, killing two. The police response triggered a wave of boycotts and disturbances. Disturbances continued throughout the 1970s and 1980s.
In 1990, South Africa’s government lifted the ban on Nelson Mandela’s African National Congress (ANC). After his release from prison, Mandela spoke to a crowd in Johannesburg. Later that year, the ANC opened its headquarters in Johannesburg.

Today, Johannesburg is home to South Africa’s Constitutional Court as well as six million people within its metropolitan area.