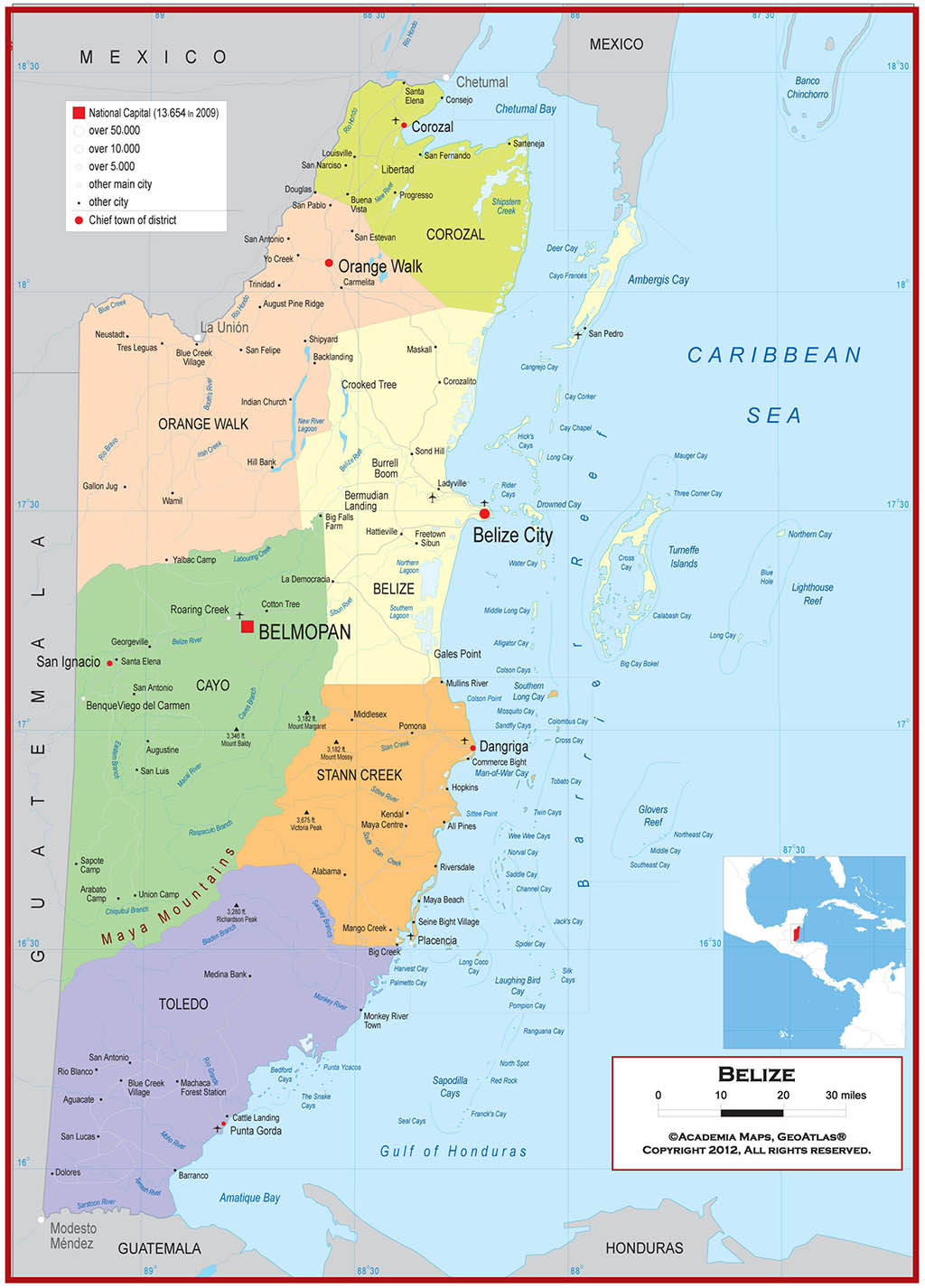 In comparison to many countries that have ancient histories spanning over thousands of years, Belize (a small country right below Mexico‘s Yucatan Peninsula) is a relatively young nation whose history spans only about 370 years. The indigenous Mayan population, however, has resided in Central America for thousands of years. Similar to the ancient cities found in Mexico, Belize’s indigenous culture had thriving societies that lived in abundance prior to Spanish colonialism. However, after the Spanish arrived, they drove the Mayan population into the remote rural areas of Belize. Some of these indigenous communities continue to maintain cultures similar to those of their pre-colonial ancestors.

The remaining Belizean population has largely been created due to Spanish and later British colonization. The Spanish ruled for a brief time in the early 1500s soon after they conquered Mexico.  The indigenous Mayans rebelled and forced the Spanish to abandon the region even if they never relinquished their claim on it.

In 1638, Scottish and English traders arrived to exploit the region’s timber resources including especially mahogany. The presence of some British settlers sparked periodic warfare with Spain over control of the area. Eventually, British colonial administrators recognized the strategic importance of the area both as a naval base for the entire Caribbean region and for agriculture and logging.  In 1871, they formally annexed the area despite claims over the region by both Mexico and Honduras.

Both Spanish and British colonists brought Africans as slaves.  However, far more free Africans resided in the area.  They became two of the three dominant ethnic groups.  The largest group in the region was the Mestizos. They were people mostly of mixed indigenous and Spanish ancestry. They were joined, however, by the Creoles (Belize Kriols) and the Garinagu.  The Creoles were people of African and British ancestry and were mostly the descendants of colonists and African indentured servants. The Garinagu (or Garifuna) people were of African and Indigenous descent although they had never been slaves or indigenous servants. These three groups have given Belize a racial and cultural history vastly different from its Central American or Caribbean neighbors.

Velasquez, M. (2009, May 21). The History of Belize. BlackPast.org. https://www.blackpast.org/global-african-history/history-belize-2/