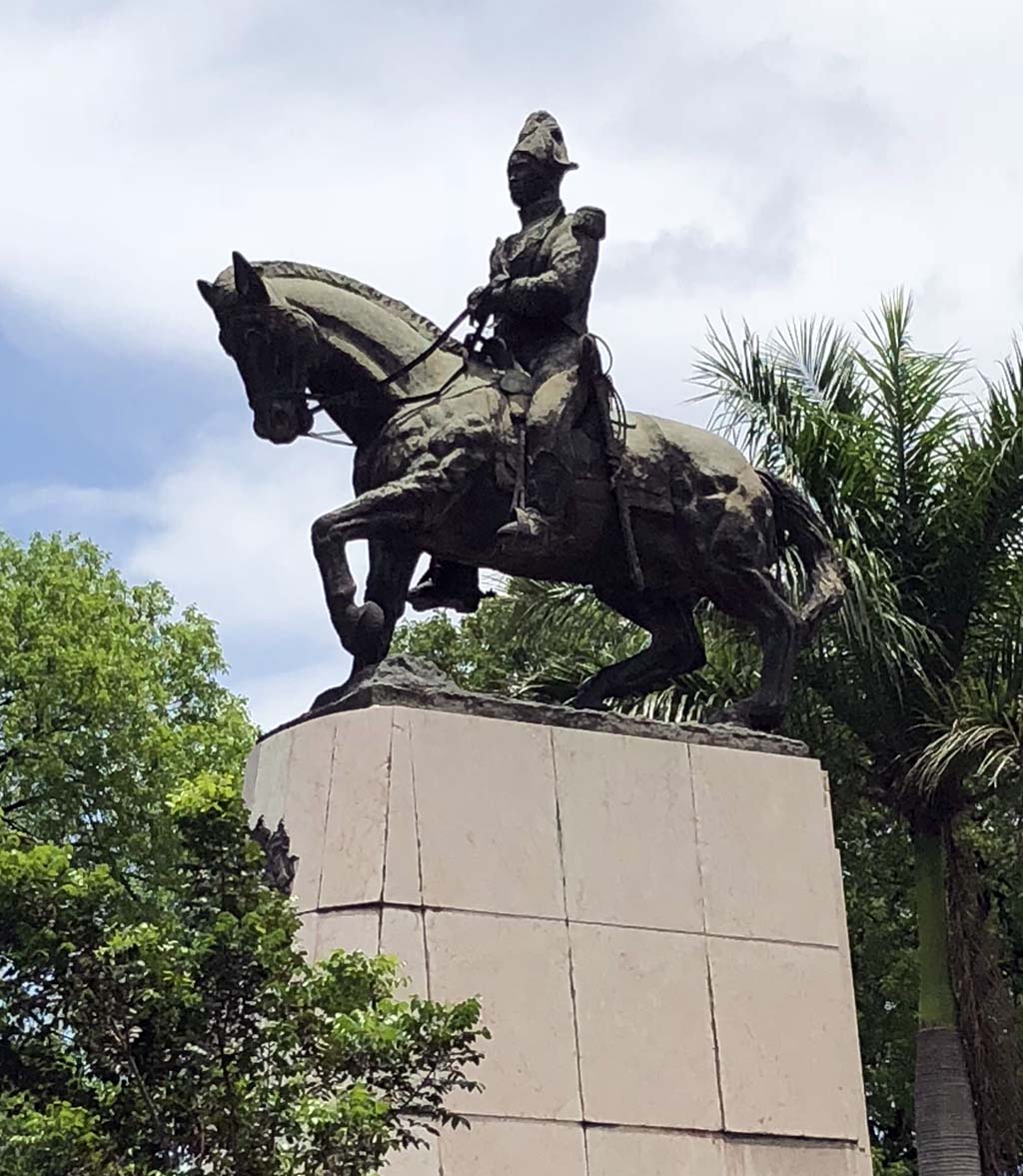 Henri Christophe was a military leader in the Haitian Revolution as well as president and later king of the young nation. Born into slavery in 1767, Christophe was brought to French colonial Haiti, known as Saint Domingue, most likely from Kitts. There he worked a wide variety of posts including sailor, mason, bartender, and billiard marker. Like many slaves and free people of color in Saint Domingue, Christophe was familiar with military matters from a young age, having accompanied the French expedition to Savannah, Georgia in 1779. By his early twenties, Christophe was able to purchase his freedom and joined the growing class of free blacks.

Spurred on by the revolution in France, a conflict between the colony’s free factions erupted in 1791 into a full-blown slave revolt lead by Toussaint L’Ouverture. Christophe would side with the slaves despite his free status and serve as one of L’Ouverture’s most important generals for most of the conflict, along with the freed slave Jean-Jacques Dessalines.

By 1802, Christophe had been placed in command of the port town of Le Cap.  When a French expeditionary force under Charles Victor Emmanuel Leclerc arrived in Le Cap in February of that year, Christophe led the defense against them before setting fire to the town and retreating inland where he, like L’Ouverture, conducted a guerilla war in the mountains. Three months later, Christophe surrendered to Leclerc under the conditions that he would maintain his rank and that he and his soldiers would be incorporated into the French army—a deal which would soon be accepted by most of the Haitian commanders, including L’Ouverture. The peace did not last, and when L’Ouverture was deported to France, Christophe rejoined the resistance, now led by Dessalines.

By 1804, Dessalines declared the nation of Haiti independent with himself as its emperor. Two years later, however, Dessalines was assassinated when war broke out between his generals. Christophe held sway in the north and was appointed president of the still young republic in 1806.  In 1811 he assumed the title of king.

During his reign, Christophe introduced a monetary system based on gourds (predecessor to Haiti’s gourde currency), created a system of nobility, declared Catholicism the state religion, and established schools and hospitals including a basic school of medicine. Christophe gained much infamy, however, because of his insistence on the use of corvee labor to sustain the economy. As he aged, he became more eccentric and brutal as well as unpopular. He took his own life with a silver bullet in 1820.