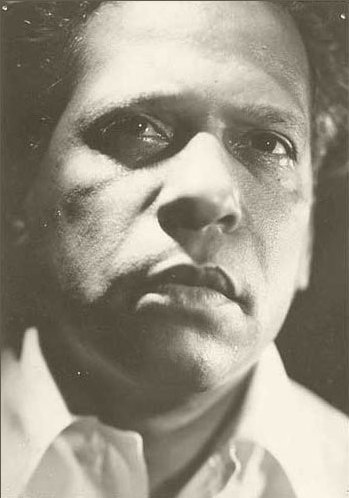 Afro-Cuban writer Nicolás Guillén used his poetry as a form of social protest in pre-Castro Cuba. Guillén was born in Camagüey, Cuba on July 10, 1902 and by the mid 1920s had emerged as a leader of the Afro-Cuban movement. He was committed to social justice and through his loyalty to the Communist party he became a prominent voice of revolutionary Cuba.

Guillén was a student of law at the University of Havana until 1921 when he decided to drop out and focus on writing poetry. He utilized his Spanish and African background of speech, legends, songs, and dances to influence his message and style of writing. His first volume of poetry Motivos de son (“Motifs of son”) published in 1930 quickly gained popularity and recognition.

Throughout the 1930s Guillén increasingly channeled his poetry towards politics. He advocated for the poor Afro-Cubans by telling of their oppression and realistically portraying their daily lives. Sóngoro cosongo (1931) and West Indies Ltd. (1934) are two of his volumes in which he displayed his dissatisfaction with the social, political, and economic status quo.  Through these pieces he sought to unite the Cuban population in finding a national identity and elevate African heritage while attacking the mistreatment of blacks by Cubans of European ancestry. He worked to highlight the African notion of celebrating life and to share that idea with all Cuban citizens.

As his commitment grew, Guillén went to Spain and fought with the Republicans in the Spanish Civil War in 1937. Shortly after, he published his collection España (“Spain”) which described his experiences during the war. After the Spanish Fascists defeated the Republicans, Guillén returned to Cuba and continued to advocate for social and political reform by formally joining the Communist party. He continued to be recognized as the most influential Latin American poet who wrote about African themed issues; his ability to recreate African song and dance rhythms in his poetry was highly acclaimed.

Guillén’s attacks on the political and social order resulted in several arrests and he was eventually exiled from Cuba during Fulgencio Batista’s rule in the 1950s. Not surprisingly Guillén strongly supported Fidel Castro’s 1959 revolution and upon his return to Cuba, became longtime director of the Union of Writers and Artists. As a prominent member of the Central Committee of the Cuban Communist party, Guillén continued to address themes of revolution and social protest in his literature, such as Tengo (“I have”), 1964.