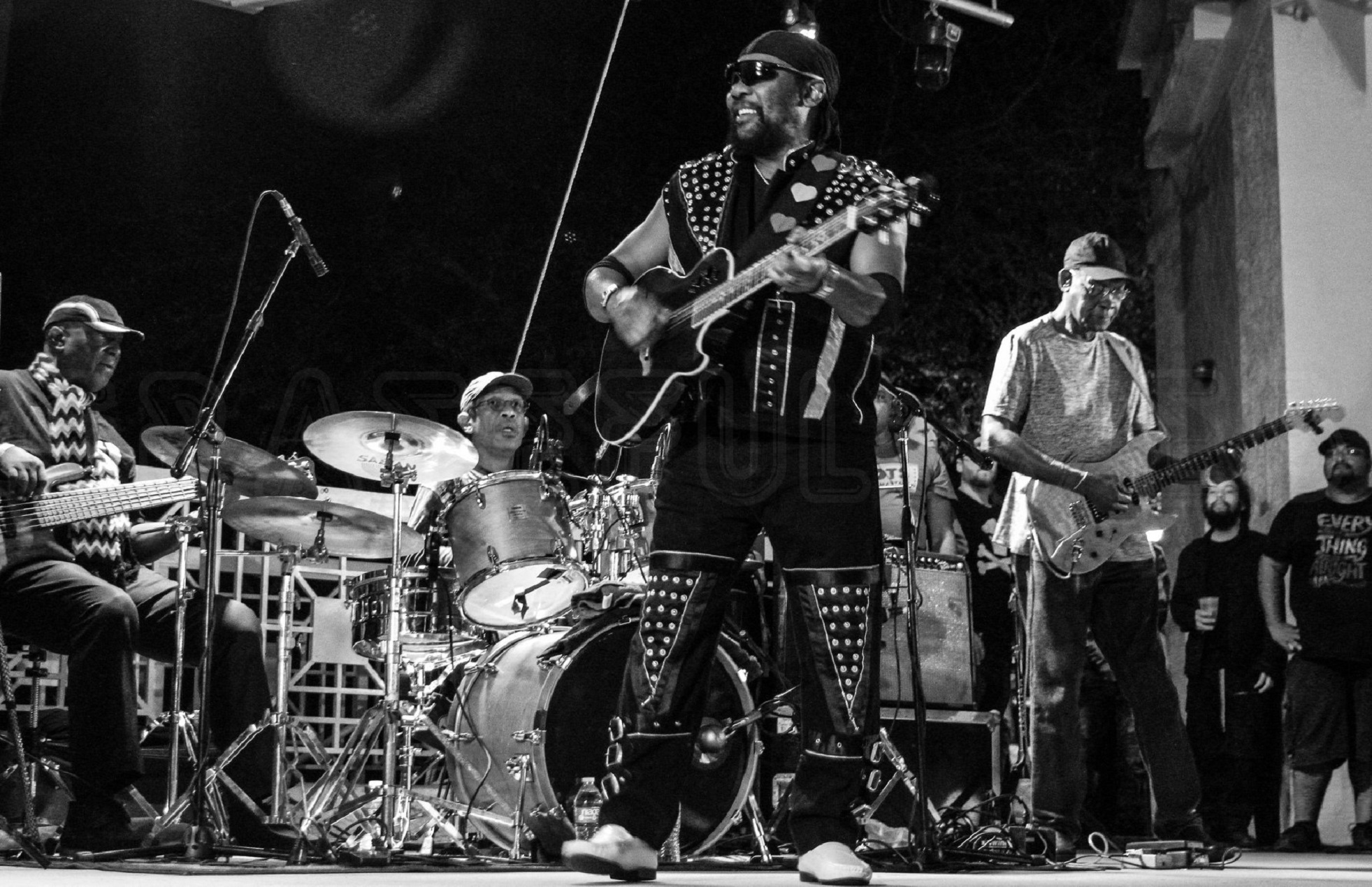 Toots and the Maytals

Four years later, in 1966, the ensemble won the inaugural Jamaica Independence Festival Popular Song Competition with the single hit “Bam Bam.” At first called, the Maytals, they changed their name to Toots and the Maytals in 1967 and began working with Chinese-Jamaican producer Leslie Kong in a collaboration that produced three classic albums and a string of hits during the latter part of the year.

In 1968, Toots and the Maytals released the single “Do the Reggay,” the first song to use the name “reggae,” stimming from the Jamaican slang word her “streggae (raggedy).” In doing so they coined the word “reggae” and introduced to the world a new music genre. Toots and the Maytals, first international album in 1970, included the singles “Pressure Drop,” (also the album name), “54-46 was my number,” and “Monkey Man.” Two years later, in 1972, the ensemble’s “Pressure Drop” and “Sweet and Dandy,” were part of the soundtrack of the film The Harder They Come featuring Jimmy Cliff. They released Reggae Got Soul, their second album, in 1976.

In 1981, Toots and The Maytals released the album Knock Out! Soon after, they disbanded. But in 1990, they had reassembled with a new lineup. They were nominated twice for Grammy Awards for “Best Reggae Recording” for An Hour Live (1990) and “Best Reggae Album” for Ska Father (1998).

This sought-after Reggae group has performed throughout Jamaica as well as in Japan, New Zealand, the United Kingdom, France, and the United States. In 2020, Toots and the Mayhils released the studio album Got to Be Tough.

Frederick Nathaniel “Toots” Hibbert, one of the most prominent Jamaican musicians of all time, died of COVID-19 complications on September 11, 2020, in Kingston, Jamaica. He was 77.

In 2021, at the 63rd Annual Grammy Awards ceremony, it was announced via a virtual Livestream that Got to Be Tough won the award for “Best Reggae Album.”