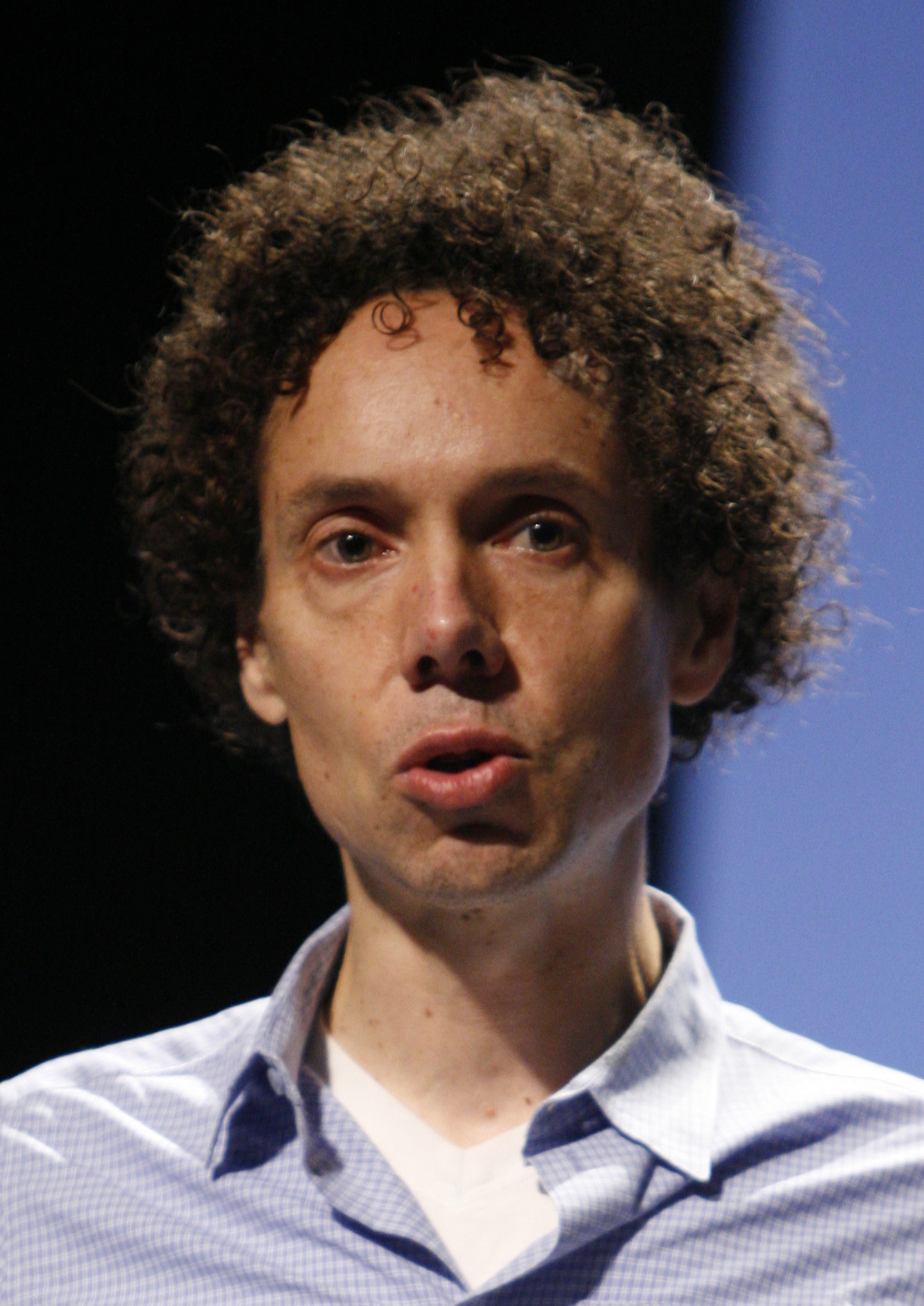 Bestselling author, journalist, and public intellectual Malcolm Gladwell was born in Fareham, Hampshire in southern England on September 3, 1963, the second son of Graham Gladwell, a British mathematics professor, and Joyce Nation, a psychotherapist from Jamaica. The couple first met at University College in London. At age six Gladwell moved with his parents and two brothers to the rural farming community of Elmira in Ontario, Canada, not far from where his father taught at the University of Waterloo. In high school he was a standout on the track team. While at the University of Toronto, where he earned a degree in history, he interned at the National Journalism Center, a corporate-funded operation founded to counteract alleged liberal, anti-business bias in new media.

Fresh out of college in 1984, Gladwell found employment as a writer for The American Spectator and Insight on the News, a magazine owned by the Rev. Sun Myung Moon’s Unification Church. In 1987, Gladwell moved to Washington, D.C. to begin reporting on science and business for The Washington Post where he honed his journalistic skills. In 1996, he joined The New Yorker. Two of his early articles in the magazine, “The Tipping Point” and “The Coolhunt,” quickly established him as a formidable intellectual and helped to attract a major publisher with a lucrative advance for his first book, The Tipping Point: How Little Things Can Make a Big Difference (2000).

The book, aimed at a broad audience, asserted that trends and developments in science, industry, and popular culture that start small can transform into significant changes that alter the way we think and create. Utilizing the phrase “tipping point” which he popularized, he argued that “mysterious changes that mark everyday life” can be compared to epidemics because messages, products, ideas, and behaviors “spread just like viruses do.”

In his second book, Blink: The Power of Thinking Without Thinking (2005), Gladwell explored intuition and the process of making snap judgments at the unconscious level that can be more accurate than carefully-considered decisions. In his third book, Outliers: The Story of Success (2008), he offered simple, plausible, yet compelling explanations as to why some people—outliers—succeed spectacularly in their professions and pursuits while others struggle. What the Dog Saw: And Other Adventures (2009), a collection of essays first published in The New Yorker, was less well-received, but interest in Gladwell’s writing rebounded with the publication of David and Goliath: Underdog, Misfits, and the Art of Battling Giants (2013), in which he challenged notions of how social advantages and disadvantages play out.

Gladwell’s books have been international bestsellers with total sales approaching five million copies. He commands from $40,000 to $80,000 per lecture. Over the past three decades Gladwell has evolved from being a Ronald Reagan conservative to being a pro-choice, gay rights supporter who has lately revived his Christian faith. He also candidly acknowledges his conflicted Caucasian and West Indian heritage. Though proudly Canadian, Gladwell, who never married, lives in New York City, New York.