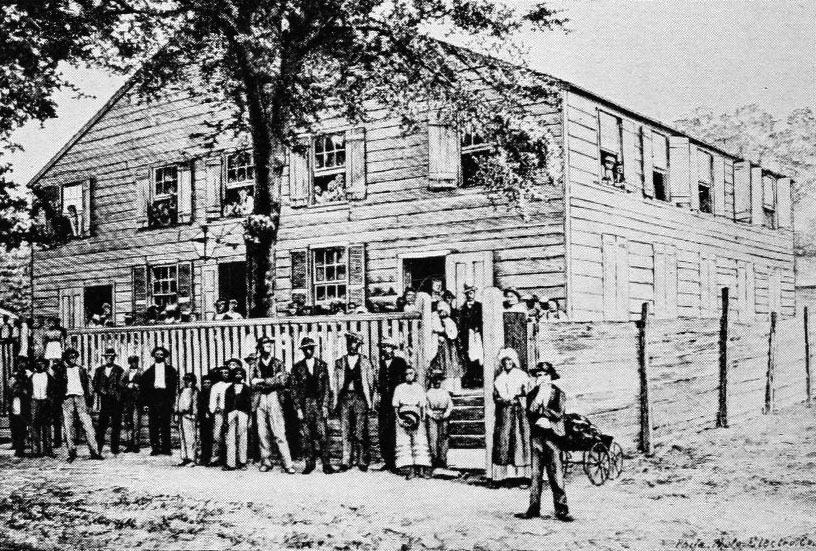 David George, a slave and later a Baptist minister, was born in 1742 on a plantation in Virginia. His parents had been brought from Africa as slaves, and the cruel treatment they suffered prompted George to run away to South Carolina where he hid for several years among Native Americans, first as a servant to Creek Nation chief Blue Salt, then to Natchez chief King Jack who sold him to a plantation in Silver Bluff, South Carolina.

Shortly after coming to Silver Bluff, George had a religious conversion and, along with eight other slaves, was baptized by Joshua Palmer, a white Baptist itinerant minister. On Palmer’s urging, David George took on responsibility for the Silver Bluff Christians, which soon numbered more than thirty parishioners.  In 1775, they founded what is widely considered the first black church in America, Silver Bluff Baptist Church.

Three years later, the whole Silver Bluff congregation fled to British-occupied Savannah, Georgia where they gained their freedom.  George continued to preach and lead the church. When the British evacuated over 5,000 loyalists from the city in 1782, George and his wife were among a handful of free blacks who made their way by sea for the 22-day voyage to Halifax, Nova Scotia. George became an itinerant minister there, attracting both black and whites to his camp meetings and mass baptisms. He founded the first Baptist church in the province in Shelburne and a second church in Birchtown.

In both instances the initial members included both blacks and whites, causing community outrage that a black man was baptizing white residents. This, fuelled by resentment that the influx of blacks had caused high unemployment rates there, led to the Shelburne Race Riot in 1784. George was beaten, his church torn down, and he and his family were forced to flee to Birchtown. He regained a widespread following, establishing seven Baptist churches in Nova Scotia and training a number of other black preachers.

The following decade, George became part of a group of leaders organizing an exodus to Sierra Leone.  In 1792 he traveled there with his family and established the first West African Baptist church in Freetown.  He died in 1810.