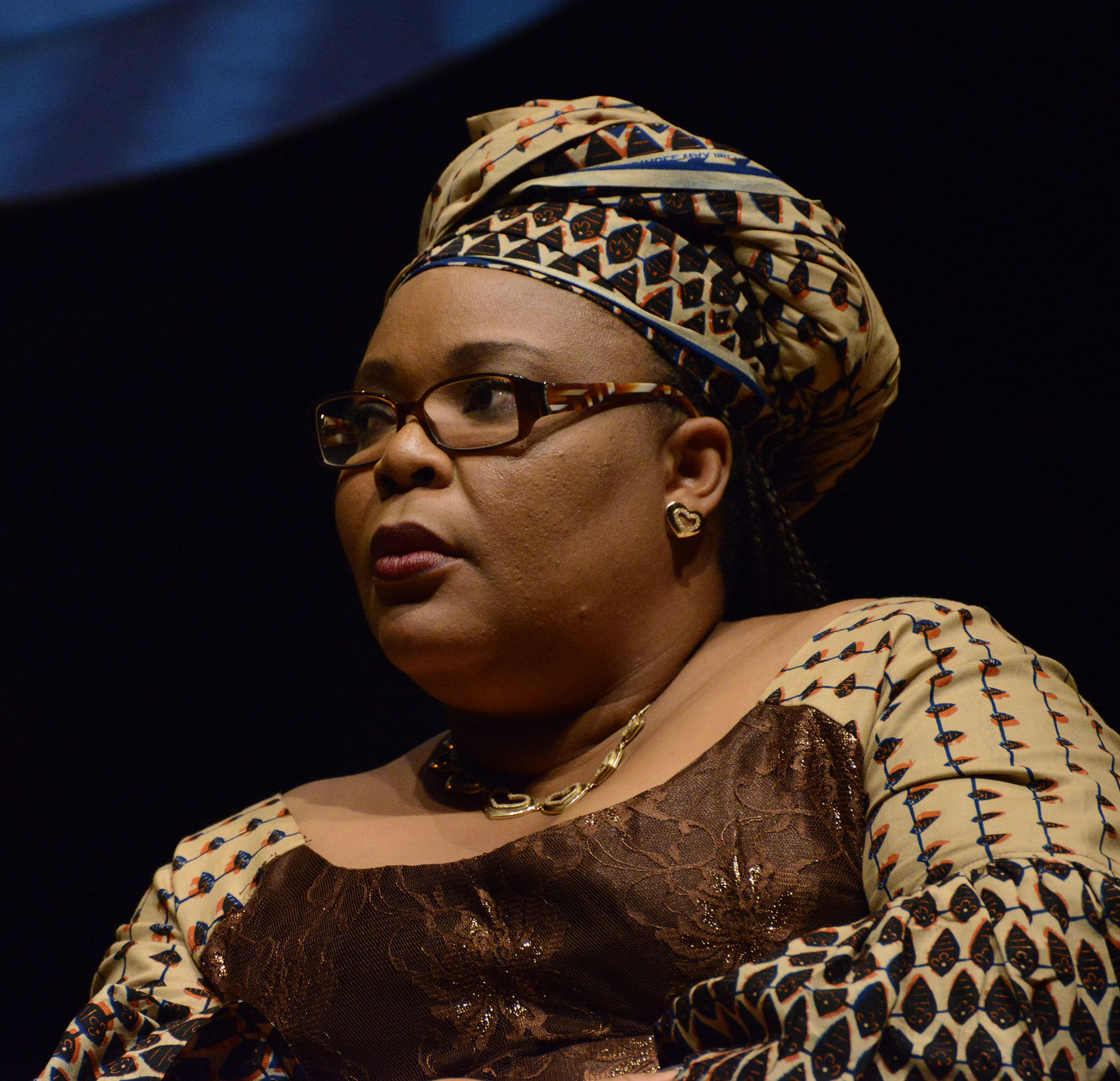 Leymah Gbowee, Liberian peace activist, author, and 2011 Nobel Prize winner was born on February 1, 1972. She grew up in Bong County in central Liberia. In 1990, when Leymah was 17, she left for the capital, Monrovia, just before the nearly decade old civil war reached the city.

Gbowee regretted losing her opportunity to attend college; and out of bitterness and disappointment, she initially avoided any political or social involvement. As the war continued, however, she realized that the citizens of the nation and particularly Liberia’s women must become more vocal advocates of peaceful change.  To contribute to that cause, Gbowee trained as a trauma counsellor and began working with the ex-child soldiers led by Liberian President Charles Taylor.  She also counselled women and girls who had been raped by the armies on both sides of the conflict.

In response to her work, Gbowee joined the Woman in Peacebuilding Network (WIPNET) and due to her leadership and organizing skills, quickly rose to head the organization. She also formed a group of women from Christian churches who called themselves the Christian Women’s Initiative (CWI).  They issued calls for peace and demanded that the warring factions cease their violence for the good of the nation.

In 2002, Gbowee, along with thousands of other women sat in a football field dressed in white, praying and fasting for days in protest what had become by that time the 14-year-long civil war, one of the longest in Africa. Gbowee led the Christian women of Liberia to join forces for the first time with the nation’s Muslim women’s groups to create the Liberian Mass Action for Peace (LMAP), the first organization that united the women of the nation across racial and religious lines.

In 2003, LMAP, under Gbowee’s leadership, forced a meeting with President Taylor. The meeting resulted in a promise from Taylor to attend peace talks in Ghana and institute an immediate cease-fire. Five weeks later the other warring factions, under pressure from LMAP, joined with Taylor to sign the Comprehensive Peace Agreement.

After the conflict in Liberia ended in 2003, Gbowee wrote Mighty Be Our Powers: How Sisterhood, Prayer, and Sex Changed a Nation at War. The book chronicled the violence in Liberia and the role women took to end the conflict. Because of her peace work Gbowee was the central focus of the documentary, Pray the Devil Back to Hell, which follows similar movements of women across Africa to campaign for peace. In 2007, Gbowee formed the Women’s Peace and Security Network for Africa in Accra, Ghana.  This was the first continent-wide women’s peace movement.  Four years later, in 2011, Gbowee was one of three women awarded the Nobel Peace Prize for leading a successful non-violent struggle for peace, the safety of women, and women’s rights to participate in national politics in their respective nations.