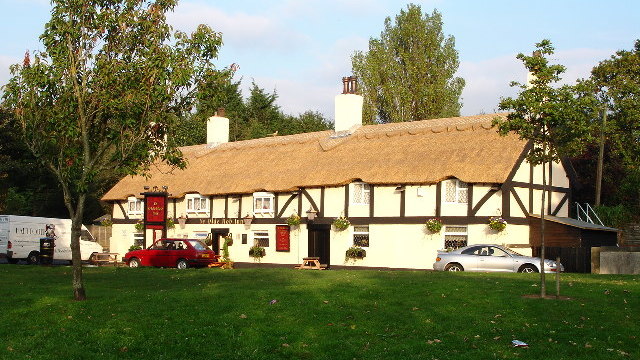 The US Armed Forces were segregated until President Harry Truman issued Executive Order 9981 on July 26, 1948 which desegregated all the military service branches. That segregation during World War II helped create the Riot of Bamber Bridge in Great Britain in 1943. When US forces were sent to Britain that year black soldiers were met with respect and often open arms by the local population. The village of Bamber Bridge, Lancashire, then home to U.S. Army Air Base 569 was one such place. The 1511th Quartermaster Truck Regiment, a logistics unit stationed at the base consisted primarily of black soldiers. The all white 234th US Military Police Unit was stationed on the north side of the village and the two units were known to have had several skirmishes over race relations.

The soldiers of the 1511th were welcomed in local establishments, and this did not sit well with white American soldiers who brought their racist ideals with them. When white military police officers insisted that a local pub owner segregate his establishment, the owner replied he would. However, when the MPs returned the next day, they were met with “Blacks Only” signs at three village pubs, sending a clear message to the MPs that their racism was not welcome. British barmaids told white soldiers to wait their turn when they assumed they would be served before black soldiers.

On the night of June 24, two MPs, Corporal Roy A. Windsor and PFC Ralph F. Ridgeway, entered Ye Old Hob Inn, and attempted to arrest Private Eugene Nunn of the 1511th, citing him for being improperly dressed and without a pass. The soldiers and MPs began to argue. Local townsfolk and women from the British Auxiliary Territorial Service sided with the men of the 1511th and demanded that the MPs leave the black soldiers alone. Private Lynn M. Adams of the 1511th advanced on one of the MPs with a bottle, and Corporal Windsor drew his gun. Sergeant William Byrd of the 1511th was able to defuse the situation and finally persuade the MPs to leave. While they were driving away, Private Adams threw a bottle at the jeep, and the MPs drove to their base to pick up reinforcements to return to the pub to arrest the black soldiers.

As the soldiers of the 1511th walked back to base, they were apprehended by the returning MPs. A fight broke out and MP Carson W. Bozman drew his gun and shot Private Adams in the neck. The soldiers of the 1511th returned to their base and at midnight, armed with rifles and a machine gun truck, arrived at the MP camp in retaliation. The soldiers of the 1511th raided the MPs’ gun room and armed themselves as the two sides began shooting at each other in the darkness. By four o’clock in the morning, the violence ceased. Private William Crossland of the 1511th was killed, and five other soldiers were wounded along with two MPs. There were two trials resulting in 27 out of 32 black soldiers being found guilty of various charges. Most of the sentences were reduced or dismissed, however, because of the overwhelming support of the black troops by the British public.

In June 2013, an anniversary symposium was held at the University of Central Lancashire, that included a screening of the 2009 documentary “Choc’late Soldiers from the USA” to commemorate the Bamber Bridge Riot.