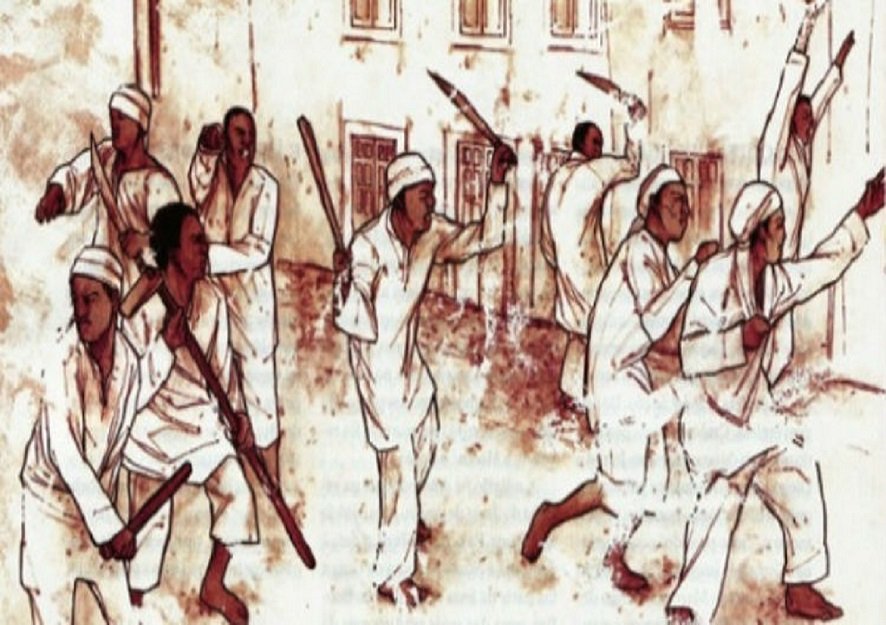 The Malê Rebellion in Brazil, also known as The Great Revolt, was a Muslim slave rebellion in Salvador, Bahia, Brazil, in January 1835. The uprising occurred on a Sunday during Ramadan when enslaved African Muslims and freemen rose against the government. Yoruba and Hausa Muslims organized the rebellion, but non-Muslims from various backgrounds also participated. Muslims in Brazil were called Malê in Yoruba which led to the uprising being named the Malê Rebellion.

The rebellion was scheduled to take place on January 25, 1835. Preparation meetings took place in various locations across Salvador. The Muslim leaders in the uprising included Ahuna, Pacifico Licutan, Luis Sanim, Manoel Calafate, and Elesbao do Corma. There were indications that one of the main reasons for the rebellion was to establish an Islamic nation and kill or enslave non-Muslims, including whites as well as other Afro-Brazilians who were of mixed-race.

There were also tensions between the enslaved population born in Africa and those born in Brazil. A day before the rebellion was supposed to start; enslaved people began to hear rumors of the upcoming revolution. A former slave, Sabina da Cruz, fought with her husband, Vitorio Sule, and when he left, she went looking for him. She found him at a house meeting with other revolt organizers. They told her about the rebellion and said they would become masters of the land once the uprising started. After leaving the house, she told her friend and freewoman named Guilhermina about the plan rebellion. Guilhermina then told her white neighbor, Andre Pinto da Silveria. Two of Pinto da Silveria’s friends, Antonio de Souza Guimaraes and Francisco Antonio Malheiros, who were present when Guilhermina shared the information, then passed it on to local authorities.

Once the local authorities learned about the rebellion, revolt leaders were ambushed by military forces. When they fired back, the uprising began. The rebels attempted to attack a prison that held Muslim leader Pacifico Licutan to free him, but they failed. An estimated 600 enslaved Yoruba then took to the streets of Salvador. They attack the military barracks that protected the city. However, due to their inferior weapons and their being outnumbered by Brazilian National Guard troops, Salvador Police, and armed white civilians, they were defeated. It was estimated that during the day-long rebellion 80 enslaved people and seven National Guards troops were killed. Approximately 300 rebels were captured. Brazilian authorities sentenced four of the rebels to death, sixteen to prison, eight to forced labour, and forty-five to flogging. Overall, more than 500 Muslim Africans, including most of the surviving rebels, were expelled from Brazil and returned to the African continent.

Despite the rebellion’s failure, many saw the Malê Rebellion in Brazil as the turning point of slavery in Brazil. Beginning in the 1850s, the slave trade which brought Africans to Brazil was gradually ended. In 1871, the so-called “Free Womb Law” declared all children born to enslaved women would be free. Slavery was officially and finally abolished in Brazil in 1888.