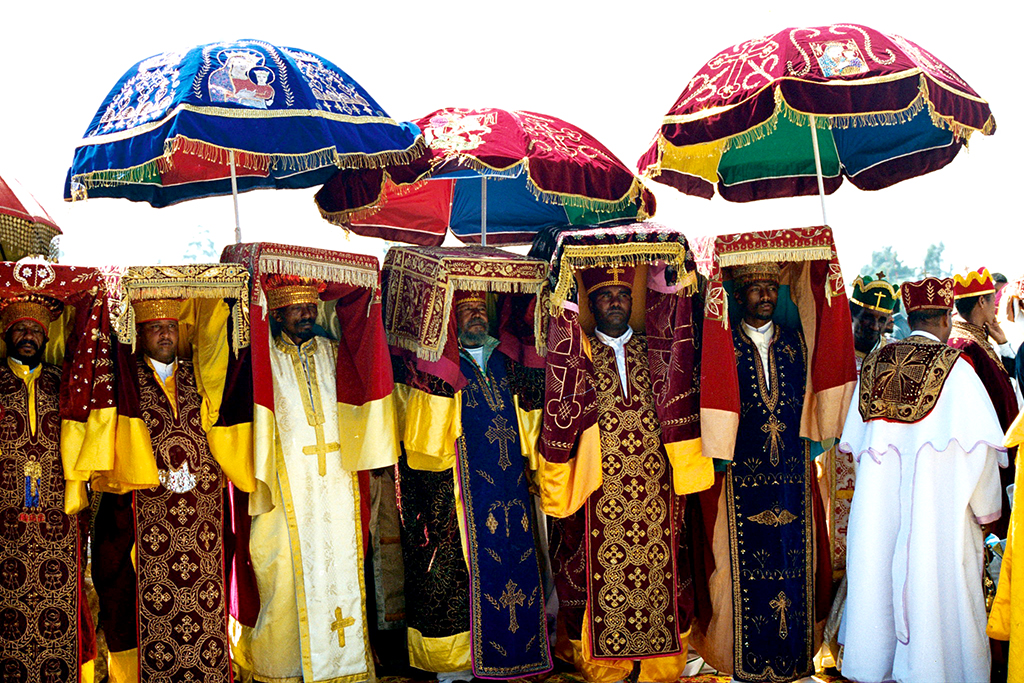 Ethiopianism is an Afro-Atlantic literary-religious tradition that emerged out of the shared political and religious experiences of Africans from British colonies during the late 18th and early 19th centuries.  Ethiopianism linked Africa historically to the ancient classical era, challenging the then prevailing idea that the continent had no history before the arrival of European colonizers in the mid-19th century.  Proponents of Ethiopianism argued that the African nation was one of the oldest continuous civilizations in the world and claim that some of the first examples of organized religious festivals, solemn assemblies and other forms of worship evolved in Ethiopia.  By the 19th century when Ethiopia was one of the few nation-states under African control, many people of African ancestry embraced it as evidence of the black capacity for self-rule.

The “Ethiopian” tradition in the United States found expression in slave narratives, exhortations of slave preachers, and songs and folklore of southern black culture, as well as the sermons and political tracts of the urban elite.  In the latter case Ethiopianism often embraced black nationalist and pan-African dimensions which called for association with the African continent through a physical or allegorical “back to Africa” movement.  Black writers used the term “Ethiopianism” in reference to an inspirational Biblical passage: “Princes shall come of Egypt; Ethiopia shall soon stretch out her hands unto God” (Psalms, 68:31).  This verse was seen by some as a prophecy that Africa would “soon” experience dramatic political, industrial and economic renaissance.  Others interpreted the scripture to mean that someday people of African ancestry would rule the world.

By the early 20th Century Ethiopianism emerged among African anti-colonial activists as a subtle method of challenging colonial rule by combining Christian and secular nationalist traditions to promote the idea of African capacity for organization-building without European tutelage.  As early as the 1890s new independent African Christian churches arose across the continent from Liberia to South Africa either by seceding from the Anglican or other colonial mission churches or by forming new religious denominations.  In Nigeria, the Native Baptist Church was founded in 1888, the Anglican United Native African Church in 1891, and the United African Methodist Church in 1917.  Other churches derived from the Ethiopianism movement included the Cameroon Native Baptist Church, founded in 1887, and the Native Baptist Church, founded in Ghana in 1898.

“Ethiopianism” was particularly popular in South Africa where hundreds of churches were formed around that idea. Many of these churches were heavily influenced by African Methodist Episcopal (AME) Bishop Henry McNeal Turner who visited South Africa and urged a religious independence that would precede and lay the foundation for political independence.

Ethiopianism played a part in the Zulu rebellion of 1906 and in the Nyasaland rising of 1915 led by John Chilembwe, founder of the independent Providence Industrial Mission.  Ethiopianism continued to be popular into the last years of colonial rule.  The Kenyan Church of Christ in Africa emerged in 1957 from a former Anglican sect.

Ethiopianism in sub-Saharan Africa called for the restoration of tribal life and political and cultural autonomy, demonstrated in the slogan “Africa for the Africans.”  It became the genesis of a much wider campaign that eventually led to the independence of African nations.