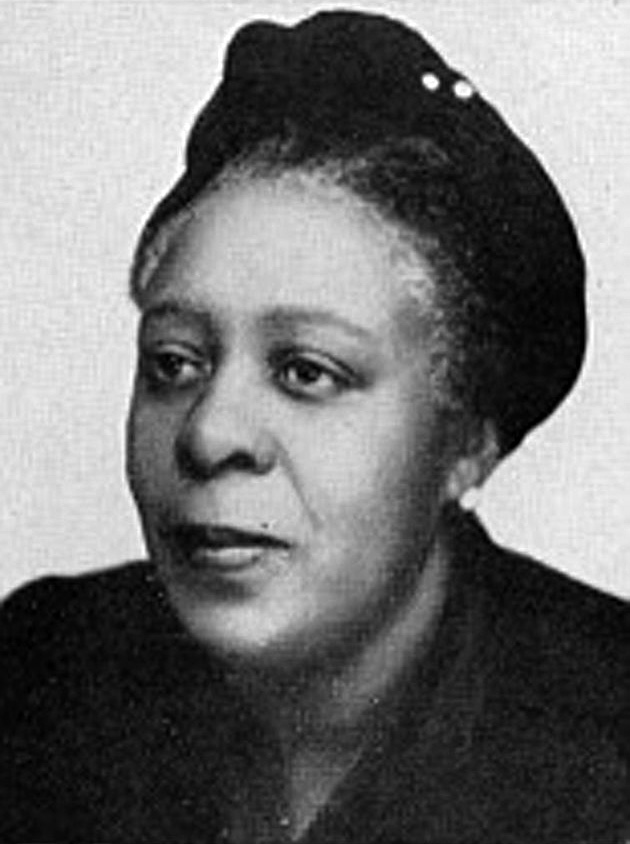 On October 21, 1945, Madame Eugénie Tell Eboué, the widow of Félix Eboué, former Governor General of French Equatorial Africa, became the first woman of African descent to be elected to the French National Assembly in Paris.  Born Eugénie Tell on November 23, 1891 in Cayenne, French Guiana, she was the daughter of Herménégilde Tell, the leading black colonial official in French Guiana at the time.  He was director of prisons, which included the notorious Devil’s Island.

After her secondary school education at the Lycée de jeunes filles in Montauban, France, Tell trained as a primary school teacher and stenographer. She returned to French Guiana to teach at Saint-Laurent-du-Maroni.  On June 14, 1922, she married Félix Eboué who was beginning his career in the French colonial administration.  Since her family was politically prominent among a small circle of black French colonial officials, her marriage to Eboué helped boost his career.  The couple had four children, Henry and Robert, who volunteered for the French army in 1943, and Charles and Ginette.

Madame Eboué, like her husband, believed that the French government should give more autonomy to the people in its overseas colonies.  They supported the decision by the French government to rename its possessions in the West Indies and Africa “overseas territories” rather than “colonies,” and the renaming of the “Ministry of the Colonies” to the “Ministry of French Overseas Territories.”  Both Eboués believed the people of these territories should be integrated into the French political system.

After her husband’s unexpected death from pneumonia in Cairo, Egypt on May 17, 1944, Madame Eboué became the head of the family and to her husband’s many supporters, the heir to his political legacy.  She continued to be an ally to General Charles De Gaulle, who had become a friend of her late husband.  After World War II ended, De Gaulle made good his pledge to Félix Eboué to increase the political influence of black colonial subjects from the West Indies and Africa in the French national government.

Eboué was an advocate for the overseas territories while in the French Senate. She supported the extension of the Social Security in these territories and called for the equal treatment of all civil servants regardless of their race.

In January 1951, she resigned her seat in the Senate when she was elected Vice-President of the French Overseas Commission.  From 1952 to 1958 she was a member of the French Union Assembly and served as its Vice President between 1952 and 1953.  In 1958 she was elected as local Counselor of Asnières in the Department of les Hauts-de-Seine, which is 10 kms outside Paris.  Over her lifetime Madame Eboué received various medals including that of Commander of the Legion of Honour, Officer of the Academic Palms, Commander of the Order of the Chad, and of the Order of Ivory Coast.  Madame Eboué died in her home outside Paris on November 20, 1972.