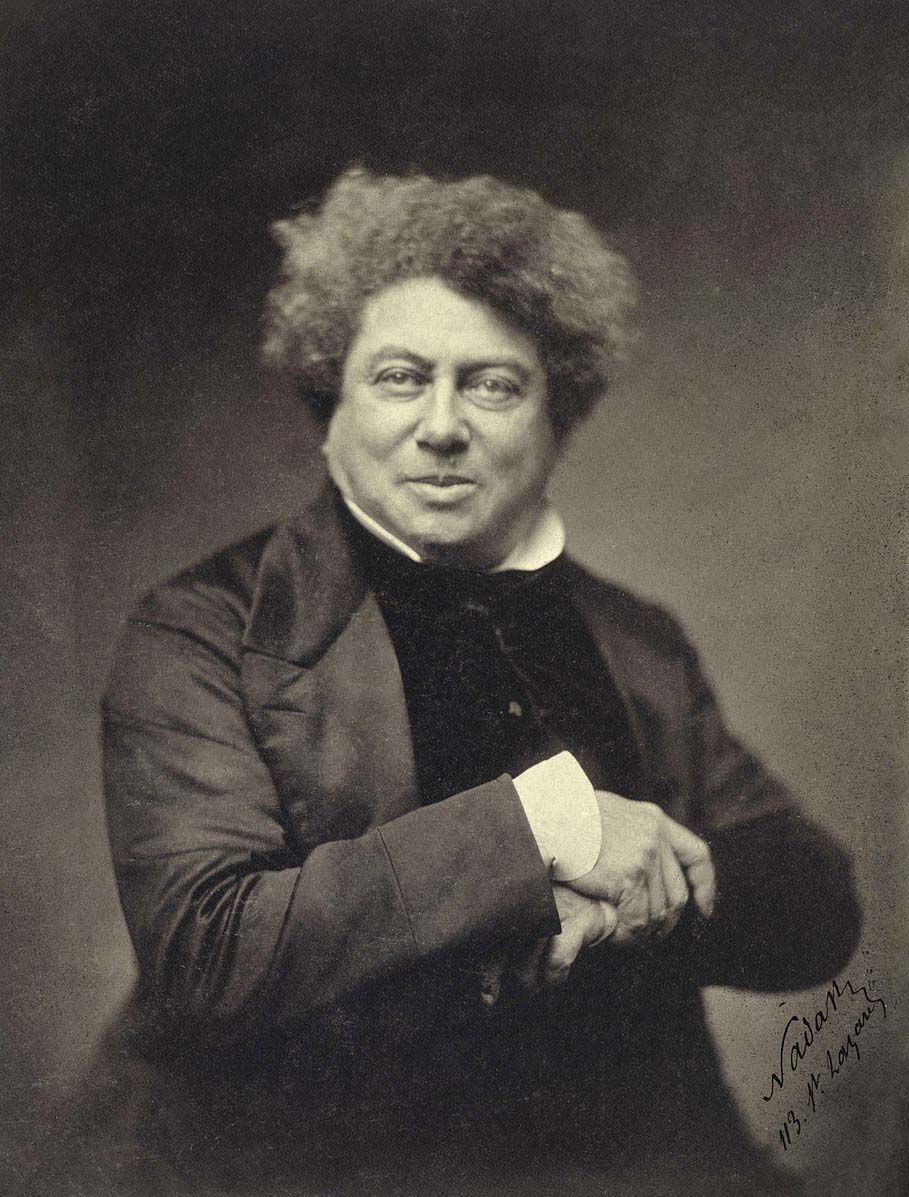 At the age of 20 Dumas moved from the village of Villers-Cotterets to Paris and was quickly drawn into the city’s flourishing theatre culture. Dumas began collaborating with various playwrights in the capital, finally gaining the confidence to make his solo debut with Henry III and His Court in 1829. The play was a success and established Dumas as a serious playwright and one of the forerunners of the Romantic school of theatre which was fast sweeping over Paris, France. Although he gained a respectable reputation in the theatre Dumas was not content to stick with one style or genre of writing. In the early 1830s he tried his hand at travel journals such as Travel Impressions: In Switzerland (1834), for which he achieved only moderate success. He also dabbled in historic sketches where he diluted fact with liberal amounts of his own imagination. However it would be in the dramatic novel that Dumas would find his niche and also his long-term popularity. In 1844 he wrote The Three Musketeers and in 1845, The Count of Monte Cristo, both of which received mixed reviews from professional critics and literary peers yet which were met with great success amongst the general public.

Dumas’ varied literary career is mirrored by his no less dramatic personal life. Dumas was an adventuresome and witty man, fond of lavish spending and high society with a deep interest in politics. In 1830 he participated in the revolution to secure Louis Philippe the throne by forging papers in order to obtain gunpowder from a Royalist town in France. Dumas also had several love affairs throughout his life, flouting societal convention by fathering several illegitimate children, including Alexandre Dumas fils who too would become a noted writer, and living with Ida Ferrier for several years before they married. Although his writing earned him substantial fame and fortune, Dumas was an extravagant spender and by 1851 he had fled to Brussels, Belgium to avoid his creditors, although in his later years he was able to find a certain amount of financial stability. Another facet of Dumas’ personal life included his mixed race heritage and in 1843 he wrote the short novel, Georges, which wrote critically of the racism of European society, an issue which affected Dumas personally as the grandson of a Haitian slave.

Dumas died on the 5th December 1870. In 2002 his body was moved to the Pantheon in Paris, a mark of his place as one of France’s great writers.