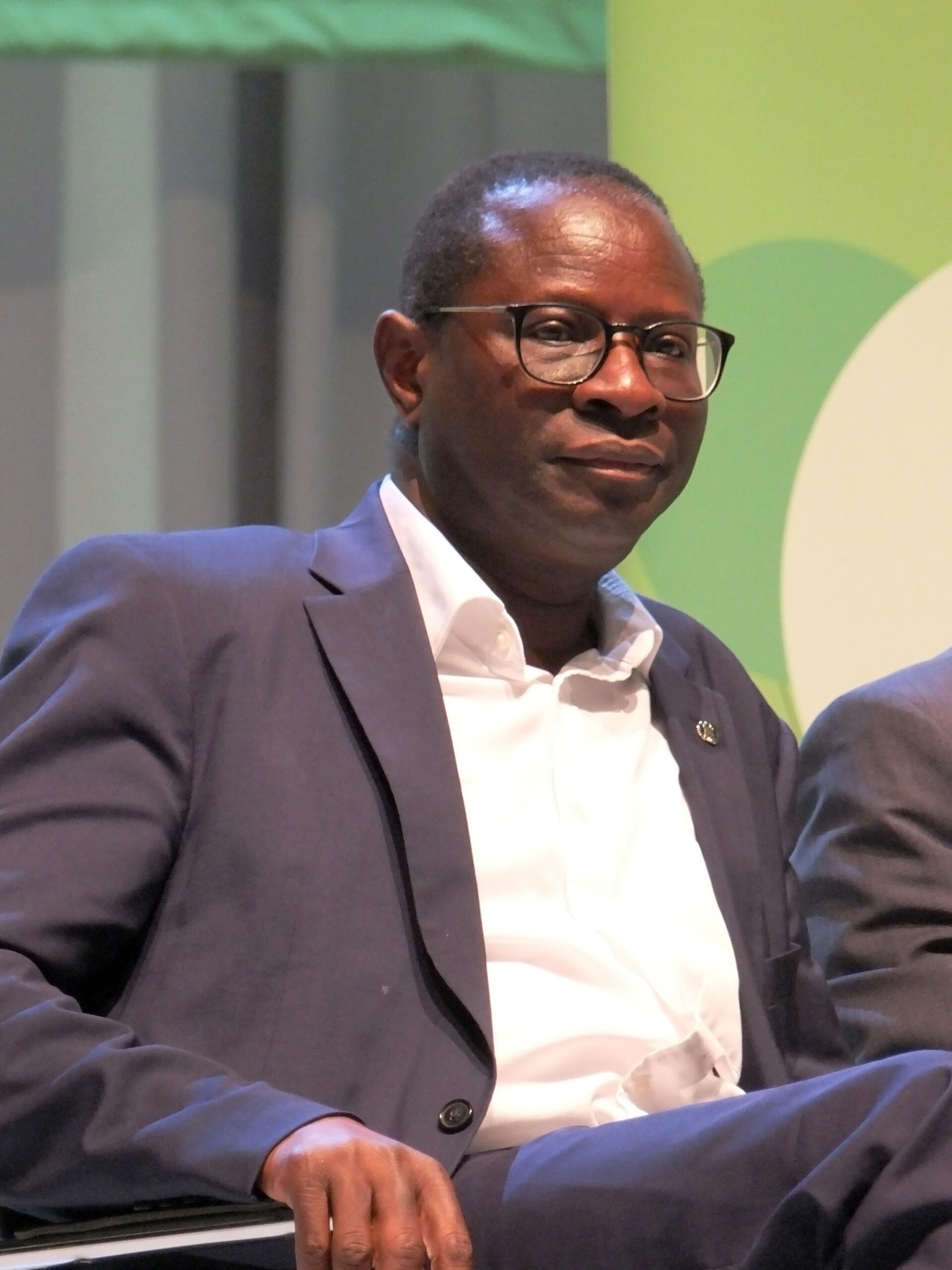 In 2013, Karamba Diaby was one of the two Afro-Germans elected to the Bundestag, the German federal parliament. Born November 27, 1961, in the small town of Marsassoum in southwest Senegal, by age seven both of his natural parents were deceased. He was raised by his older sister, Goundoba, and her husband. Diaby attended a boarding school and Lycée Senegal prior to entering Cheikh Anta Diop University (Université Cheikh Anta Diop) in Dakar. It was at the university that Diaby developed an interest in politics and joined the student movement, along with the nation’s future president, Macky Sall, with whom he became friends.

Diaby earned a scholarship to study German in Leipzig, Germany in 1985.  Nine months later, he began studying chemistry in communist East Germany (German Democratic Republic) at Martin Luther University Halle-Wittenberg, where again he was involved in student politics, leading the International Student Committee. In 1991, he was awarded his master’s degree and in 1996 his doctorate in genecology.

After the fall of the Berlin Wall in November 1989 and during the period of German reunification, Diaby found temporary employment with the government as a scientific investigator, teacher, and an immigration liaison His work was recognized by President Johannes Rau in Berlin in 2001.

The acquisition of German citizenship in 1991 allowed Diaby to fully participate in local politics. In 2008, he joined the Social Democratic Party (Sozialdemokratische Partei Deutschlands, or SPD) and the following year was elected to a seat on the Halle City Council. Emboldened by this victory, in 2013, he successfully ran to represent his region of Saxony-Anhalt in the German Bundestag, the national parliament. Simultaneously, Charles M. Huber, a German-born biracial man, was also elected to the Bundestag from the state of Hesse. Diaby was reelected to the Bundestag in 2017.  Because eastern Germany has a reputation for far-right and neo-Nazi activism (Diaby was assaulted by skinheads while walking along a street in Halle in the early 1990), his political triumphs are considered rather astonishing.

Diaby’s success is attributed to his warm, self-effacing personality, approachability, and intelligence.  A former president of Federal Council of Immigrants, in the Bundestag he has served as deputy chairperson of the Committee on Human Rights and Humanitarian Aid. He has been a member of the Committee on Education and was deputy chairperson of the Parliamentary Friendship Group for Relations with the Francophone States of West and Central Africa. Away from the Bundestag, he has served as a trustee on the boards of the Max Planck Institute for Social Anthropology and the Federal Agency for Civic Education.

Married since 1995 to Ute Diaby, a native German agriculturist and recycling specialist, they have a son and a daughter.