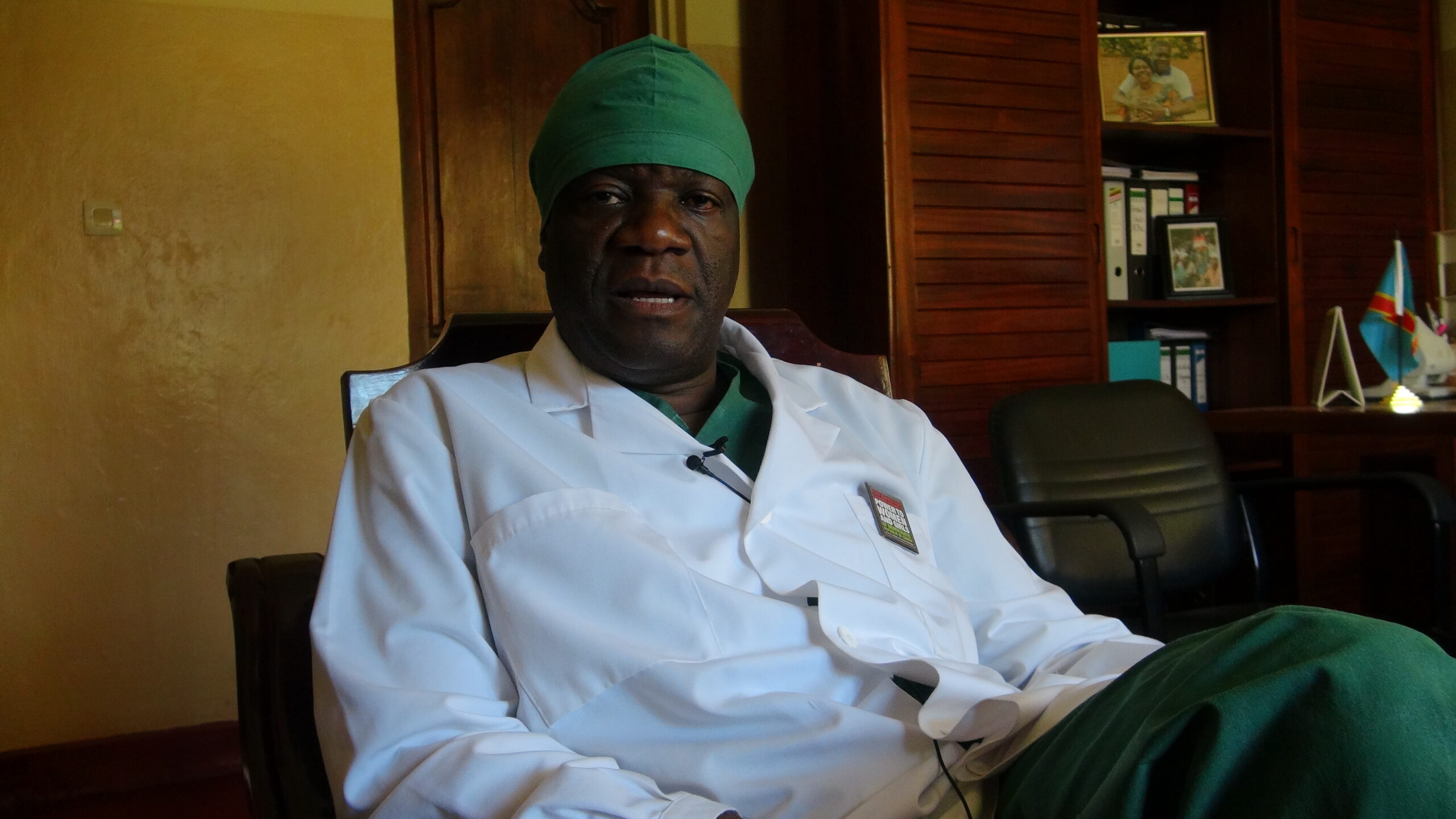 Dr. Denis Mukwege is a Nobel Prize-winning gynecologist, human rights activist, and Pentecostal pastor from the Democratic Republic of the Congo (DRC). He specializes in the treatment of women who have experienced sexual violence during armed conflicts. The recipient of numerous international honors and awards, Mukwege is a leading advocate for ending the use of rape and other forms of sexual violence against women as a strategy and weapon of war.

Denis Mukwege was born March 1, 1955. As a child he accompanied his father, also a Pentecostal pastor, on visits to sick members of the community, experiences that inspired him to become a doctor. Mukwege received a medical degree from the University of Burundi in 1983, whereupon he began his medical career as a pediatrician. Later, he studied gynecology and obstetrics at the University of Angers in France.

In 1999, largely in response to civil wars and international military conflicts then occurring in the DRC and surrounding nations, Mukwege founded the Panzi Hospital in Bukavu, DRC, which provides care to women who suffered gynecological trauma in those conflicts. The hospital received funding support from the Swedish Pentecostal Mission, which also supported Mukwege’s advanced medical training, and the non-profit Panzi Foundation established by Mukwege to raise funds internationally in support of the clinic’s mission.

Throughout his career, Mukwege earned many enemies with his outspoken condemnations of government and military officials who do not take actions to end the use of sexual violence in wartime. In September 2012, Mukwege delivered a speech at the United Nations in which he denounced the First and Second Congo Wars, the second an armed conflict that had been ongoing since 1996. He also directly criticized the Congolese government for perpetuating atrocities against women, and he called for those responsible to be brought to justice. Just weeks later, armed men stormed Mukwege’s home, attacking him violently and killing his security guard. Mukwege and his family left the country for several months, but he returned to his hospital duties in January 2013.

In 2018 Mukwege, along with Nadia Murad, an Iraqi activist who works to end the abuse and trafficking of women and children, was awarded the Nobel Peace Prize. In his Nobel lecture given in Oslo in December 2018, Mukwege called on all countries to work for an end to violence against women. He stated, “With this Nobel Peace Prize, I call on the world to be a witness and I urge you to join us in order to put an end to this suffering that shames our common humanity.”

Mukwege has received many awards, including the UN Human Rights Prize, the Clinton Foundation’s Global Citizen Award for Leadership in Civil Society, and the Sakharov Prize for Freedom of Thought, the European Parliament’s highest human rights honor. He is also the recipient of honorary degrees from Harvard University and several other institutions.