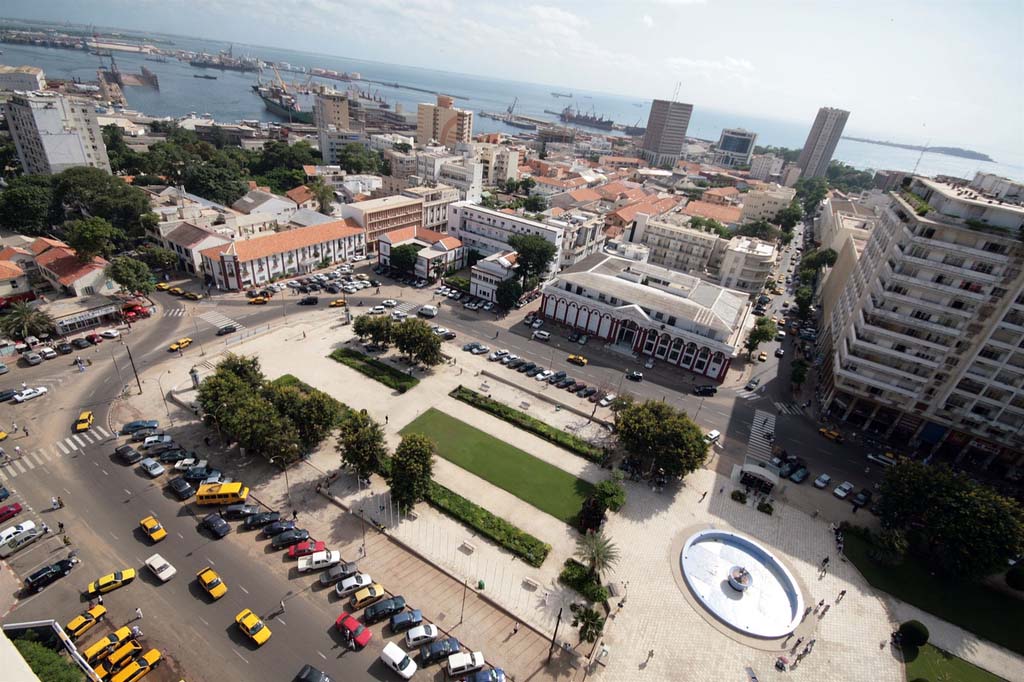 Dakar was the political center of French West Africa and is the capital of modern Senegal. Located on Cape Verde, the westernmost point of the African mainland, Ndaxaru, known by its French name, Dakar, has been occupied at least since Europeans began to explore the area. The French, attracted by the settlement’s location on a natural harbor and its proximity to the island of Gorée, a French possession and center of the Atlantic slave trade, annexed the village in 1857. The French port was constructed six years later in 1863.

In 1862, the Commandant of Gorée, while planning the future development of the city, envisioned Dakar as becoming the capital of a vast colonial empire in Africa. In 1902, Dakar indeed became the seat of the Government-General of French West Africa. While the colonial planners intended the city to be segregated, that racial division was never explicitly legislated. As a result racial segregation in Dakar was never absolute. Despite this, European settlement was concentrated on a plateau. Additionally, an outbreak of the plague in 1914 sparked a panic which led to many natives being driven off the plateau and to new village named Medina. This village was itself soon absorbed into growing Dakar. Issues of discrimination persisted after independence in 1960 as poor neighborhoods were often cleared, under the pretence of health or aesthetics, to make room for new developments. Consequently new slums continually spring up on the city’s periphery.

In the 20th century, Dakar became a hub for sea and, later, air traffic between Africa, Europe, and the Americas. During the Second World War, Dakar gained notoriety in the United States due to its proximity to the Western Hemisphere and the ruling Vichy French’s alliance with Nazi Germany. On 23 September 1940, a British fleet, accompanied by Free French forces, attacked the city in an attempt to take it from the Vichy government.  The Battle of Dakar ended two days later when the Allies withdrew.

In 1960, the newly independent colonies of Senegal and Mali banded together in the Mali Federation with Dakar as their capital. The new nation lasted less than a year and by the end of 1960, Dakar was the capital of the Republic of Senegal. While modern Dakar continued to be a financial center of Western Africa, it lost some of economic prominence in the latter half of the twentieth century. In response to this, Dakar, a city of 2.5 million, has capitalized on its pleasant climate to successfully encourage the growth of the tourism industry.