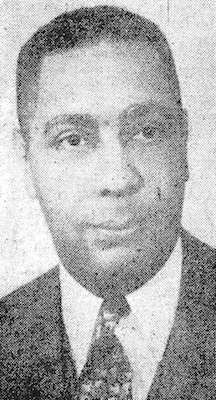 According to California state records, San Diego physician and businessman A. Antonio DaCosta was born in Canada on December 12, 1902; however, it is more likely that he was born and spent at least part of his youth in Birbese, British Guyana, where his family resided. Prior to arriving in San Diego in 1933, he obtained his medical degree from Howard University and married Margie Johnson in Brooklyn, New York, a union that produced two children and ended in divorce in 1943.

For the nearly two decades, DaCosta practiced medicine in San Diego. He was one of only two or three black physicians in the city. Initially, he used his earnings as a general practitioner serving the African American, Spanish-speaking American, and Portuguese American communities to fund real estate purchases and several successful business ventures, including ownership of a Mexican movie theater and one-third interest in one the port’s largest tuna boats, the Elena. He lived quietly with his son, John Antonio DaCosta, in a lavish hacienda-style ranch house on fifteen acres east of suburban Spring Valley. By the late 1940s, Da Costa and entrepreneur Edward W. Anderson were known to be the two wealthiest African Americans in the region.

On April 16, 1950, DaCosta’s death became one of Southern California’s most publicized murder mysteries of the era. That evening, one of his caretakers peering through a window observed DaCosta’s body lying face down in the dining room. The following morning, the front page headline in the San Diego Union was “Rich Spring Valley Doctor Found Slain.” DaCosta had been shot five times in the back, head, and chest with a .32 caliber revolver. Authorities immediately suspected DaCosta’s sixteen-year-old son, John Antonio, had committed the crime since there was no evidence of a robbery or any type of forcible entry.

Over the next fourteen months, Southern California newspapers covered in-depth details of the murder as well as the career, extent of wealth and descriptions of possessions, and personal life.  DaCosta who was repeatedly and erroneously referred to as a “dark-skinned Latin American.” Eventually, John Antonio DaCosta passed a lie detector test, and the authorities dropped the murder charge against him due to lack of evidence.

Long remembered for his kindness in 1935 in helping to launch the career of the city’s leading civil rights activist and dentist Jack Kimbrough, DaCosta was eulogized at the historic Bethel Baptist Church. His body was cremated. He willed the bulk of his estate to his son John and daughter Sydney. John left to live with his mother and sister in Pasadena but soon thereafter enlisted in the Army. He died in 2002 in San Marcos, California, twenty years after his mother’s death. No other suspect was ever found in the murder case of A. Antonio DaCosta.