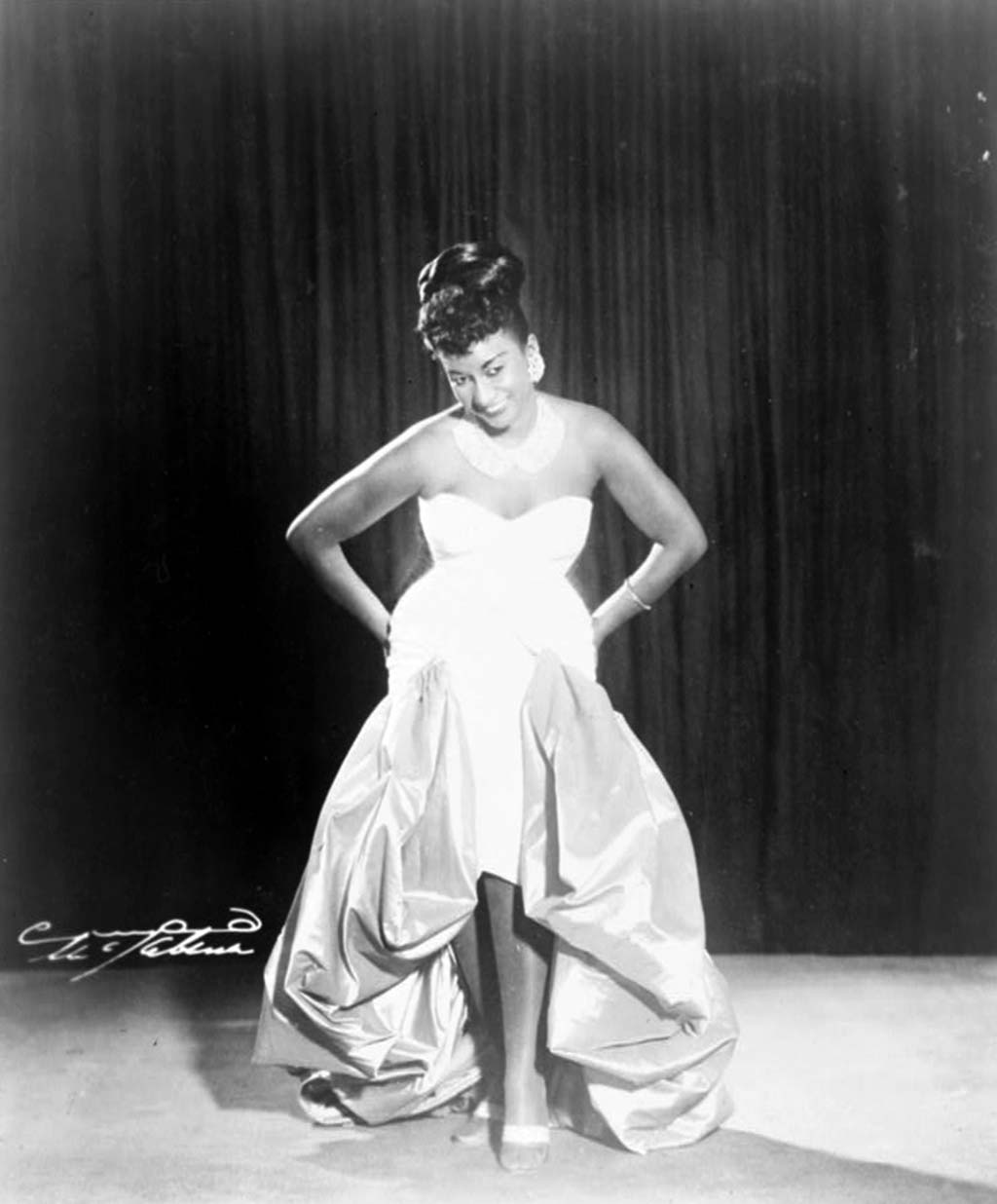 Celia Cruz, the “Queen of Salsa,” was one of the most notable 20th Century ambassadors of Cuban culture. Cruz was born “Ursula Hilaria Celia Caridad Cruz Alfonso” to working-class parents in Havana, Cuba. Her father, Simon Cruz, was a railroad stoker, and her mother, Catalina Alfonza, cared for their extended family of 14.

Growing up in the eclectic and visionary music climate of 1930s Cuba, Cruz was exposed to a variety of musical genres.  She began singing professionally on Radio Garcia-Serra’s popular daily radio broadcast, a major avenue for promoting new talent.

Cruz’s first musical breakthrough happened in 1950, when she became the lead singer of the Cuban orchestra, Sonora Matancera. There, she met her husband, fellow musician Pedro Knight, whom she married in 1962. She became famous throughout Cuba for her trademark battle cry, “Azucar!” or “Sugar!”  With this single shout she began most of her performances, allowing her to link her music to the history of the Cuban sugar economy, the violence of slavery, and the vibrant cultural diversity that resulted.

By the 1950s, Cuban music had become popular worldwide but especially in the U.S. The Tropicana, a world-famous Havana nightclub, epitomized the spectacle and glamour of Cuban musical cabaret. It was here that Cruz showcased her talent. She performed in a variety of musicals, which allowed her to launch her career as a solo entertainer.

When Fidel Castro came to power in Cuba in 1959, Cruz and her husband, alongside many other musicians, left the country. They rejoined Sonora Matancera, which worked in Mexico City for the next year. During her time in Mexico, Cruz made several appearances on Mexican television and films. Her stay contributed to her growing international reputation.

In 1961, she and her husband moved to New York City, New York where they joined other Cubans, Puerto Ricans, Dominicans, and Spanish-speaking North Americans to create the sound that became known as “Salsa.” This music came to exemplify the Latino counterculture of the 1970s.

Cruz left Sonora Matancera permanently in 1965 and began a musical relationship with the famous orchestra leader, Tito Puente. Their professional partnership lasted until 1973. Together, they made eight albums for Tico Records. In 1974, she joined the Fania label, becoming part of an ensemble of salsa musicians known as the “Fania All-Stars.”

Cruz was a rare woman in the male-dominated world of Afro-Latin salsa music. For more than half a century, the “Queen of Salsa’s” powerful voice and electrifying rhythm garnered more than 100 worldwide recognitions, multiple platinum and gold records, three Grammy awards, four Latin Grammy awards, and a star on Hollywood’s Walk of Fame.

Celia Cruz died of brain cancer at her home in New Jersey on July 16, 2003, with her husband, Pedro Knight, by her side.