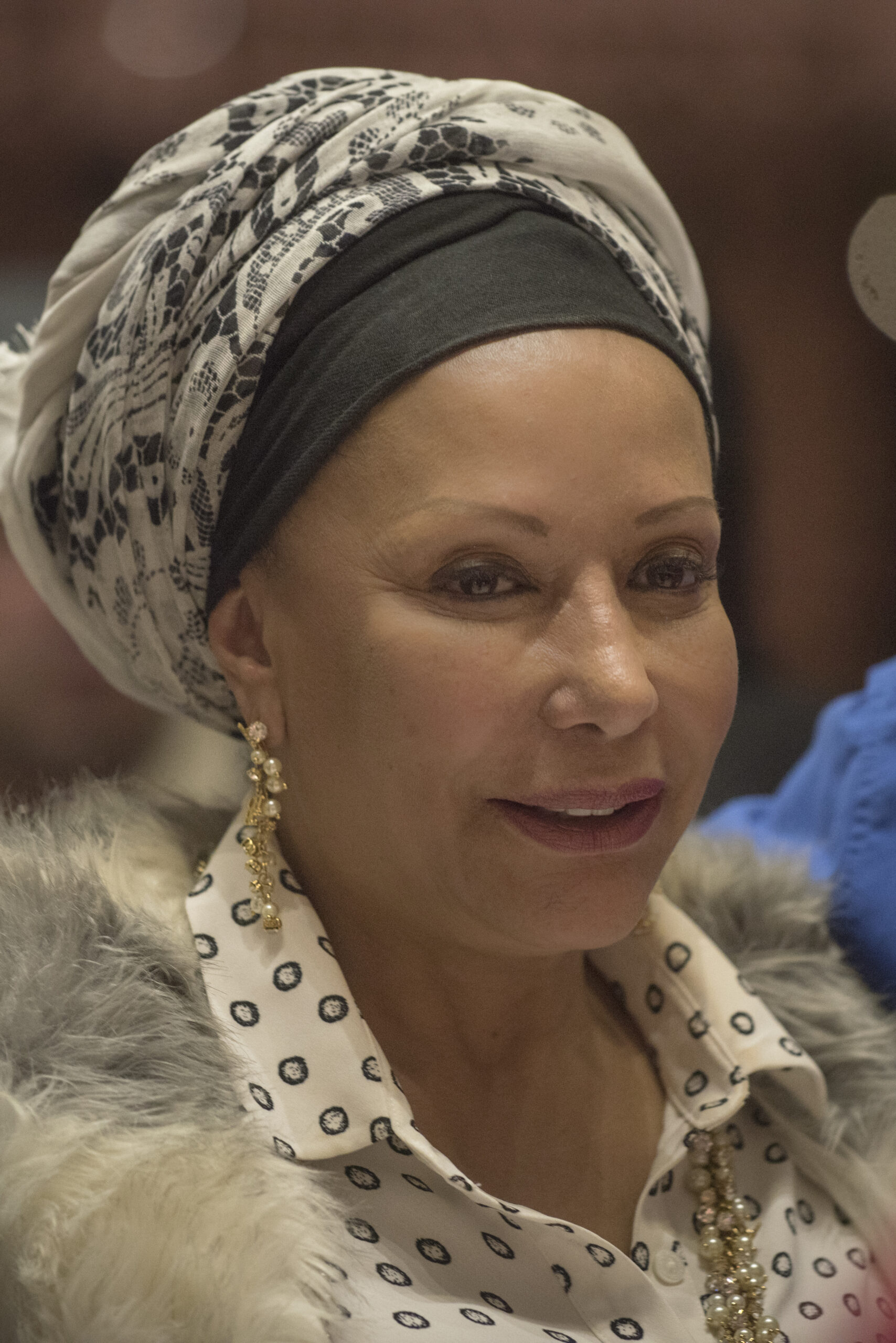 Politician, social and peace activist Piedad Córdoba was born in Medellin, Colombia, on January 25, 1955. She was the second of ten children of Zabulón Córdoba, an Afro-Colombian who rose from humble origins to become a sociology professor and university dean.  Her mother, blue-eyed blonde Lía Esneda Ruiz, married Zabulón as a teenager.

Their first child died in infancy. All nine of the surviving children became professionals including Córdoba, who as a young woman opened a bar to help finance the education of her younger siblings. She earned her law degree at the Universidad Pontificia Bolivariana in 1977.

Córdoba’s political career commenced in 1984 when, after working as a community organizer, she was appointed a municipal comptroller. In 1986 she was the secretary of the mayor of Medellin. Elected a Medellin city councilwoman at age 33, by 1992 Córdoba won a seat in the national House of Representatives (Cámara de Representantes), which seat she occupied until 1994 when she was elected to the Colombian Senate (Senado de la República de Columbia) on the Liberal Party ticket.

In 1999, upon leaving a medical clinic in Medellin, Córdoba was kidnapped by the right-wing paramilitary AUC (Autodefensas Unidas de Colombia, or United Self-Defense Forces of Colombia), whose leader believed she was sympathetic to the rival leftist group ELN (Ejército de Liberación Nacional, or National Liberation Army). Popular outrage over her abduction prompted her captors to release her after 16 days.  Córdoba safely relocated with her family to Canada before returning to Colombia in 2001.  Córdoba was reelected to the Senate in 2002, and in 2003 was elevated to President of the Liberal Party. She was elected to the Senate for a third term in 2006.

Selected by President Uribe in 2007 to mediate an exchange of imprisoned FARC guerillas for hostages held by FARC, Córdoba enlisted the assistance of Venezuelan President Hugo Chávez, a move which proved disastrous after photos were circulated of a smiling Córdoba wearing a FARC beret. Chávez then bypassed Uribe and Colombian diplomats to make direct contact with the Colombian military.  These actions strained relations between the two nations and renewed animosity between Córdoba and Uribe.

In 2008 federal investigators released evidence, claimed to have been retrieved from FARC computer files, which named Córdoba as one of the people who might rule in a transitional council should FARC succeed in overthrowing the government.  For her alleged consorting with FARC, Córdoba’s Senatorial credentials were revoked in 2010 and she was prohibited from holding public office for 18 years.

Once called Colombia’s “opposition leader” by U.S. President Bill Clinton, in 2009 Córdoba was nominated for the Nobel Peace Prize by Argentinian Nobel Laureate Adolfo Pérez Esquivel, and later addressed the European Parliament. In 2012 the Spanish language edition of Foreign Policy magazine named her “the most influential Ibero-American intellectual.” In 2013, two years after the Colombian Supreme Court established she had been the victim of illegal wiretapping by the secret police (the DAS, or Departamento Administrativo de Seguridad), Córdoba filed a $3 million lawsuit against the government. Córdoba remains an influential presence in Colombian politics and continues to work to have more hostages released and to advance the peace process in her country.