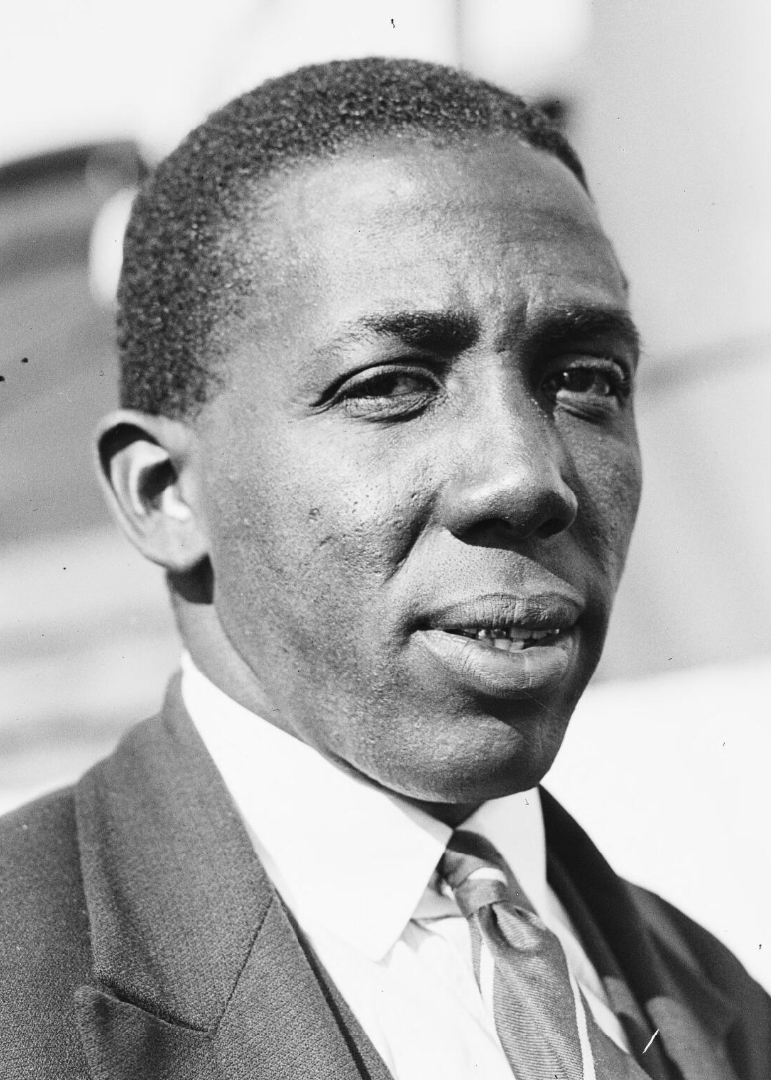 Learie Nicholas Constantine, Baron Constantine, was an international cricketer, journalist, politician, and lawyer. Constantine was the first person of African/Caribbean ancestry to be invested as a life peer in the United Kingdom. Born in Trinidad and Tobago in 1901 he was the son of a plantation foreman.

From an early age his father encouraged him to play cricket. In 1923 Constantine was selected for the West Indies international team and came to Britain to play in the pre-test matches that eventually led to the West Indies inclusion in Test cricket in 1928. Constantine was a valuable all-rounder, being skilled at batting, bowling, and fielding. He was the first West Indian to take a wicket in a test match and the first person to ever take five wickets in one inning. He was so successful that he was asked to join the Nelson Cricket Club, a team based in Lancashire in North England. Constantine moved to Nelson with his wife, Norma, and daughter and played with the club for 10 seasons. In 1933 he published his first work of many, Cricket and I, with the help of his lodger, the prolific writer and political theorist, C.L.R. James.  In 1947 he was invested as a Member of the British Empire (MBE) for his services to cricket.

After his retirement from professional cricket Constantine began working in a lawyer’s office, a career he had previously pursued before his years of professional cricket. In 1942 the British government had brought in numerous black engineers and factory workers from the West Indies to help the war effort. Constantine was asked to liaise with them and became a civil servant.

In 1943 he was asked to Captain a West Indian team at a series of exhibition matches at Lord’s Cricket Ground. Before he arrived in London he telephoned the hotel and confirmed his stay and confirmed that he was coloured. On his arrival, despite the fact that he had confirmed his colour with them beforehand, the hotel refused to allow him to check in. Constantine brought an action against the hotel for a Breach of Contract. Although he won he was only awarded nominal Damages of five guineas.

After World War II, Constantine moved with his wife to London where he worked as a journalist and broadcaster for the BBC whilst he studied law. In 1954 he was called to the bar. In 1956 he and his wife returned to Trinidad where he became a member of the People’s National Movement, was elected as Member of Parliament for Tunapuna, and entered the Cabinet as Minister for Communications, Works and Public Utilities. He became Trinidad’s first High Commissioner in London in 1962 and returned to England with his wife. He was knighted the same year (1962) and in 1967 was elected Lord Rector of the University of St Andrews. In 1969 he was invested as Baron Constantine, of Maraval and Nelson.

Baron Constantine died aged 69 at his home in Hampstead, London on July 1, 1971. He was posthumously awarded his country’s highest honour, the Trinity Cross.