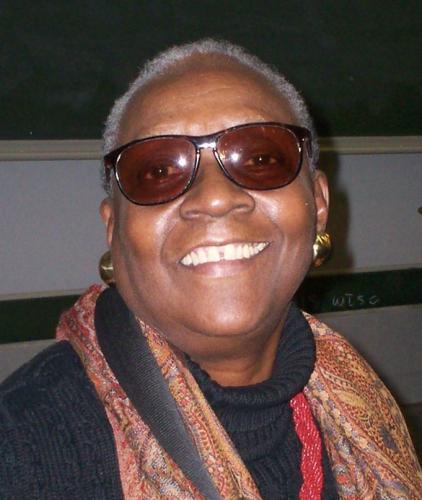 Antillean author Maryse Condé was born on February 11, 1937, in Pointe-á-Pitre, Guadeloupe, where her parents were members of the island’s black middle class. After a childhood she describes as “not at all interesting,” Condé left Guadeloupe at sixteen to complete her formal education in Paris, France. While in Paris she studied French Literature, Latin, Greek, and English Language and Literature, as well as the Classics. Following her marriage to Mamadou Condé in 1959 she moved to Africa, where over the course of several years she lived and taught in Cote D’Ivoire, Guinea, Ghana, and Senegal. Condé’s marriage yielded three daughters and a son. During her time in Africa, Condé’s political consciousness rose dramatically as she befriended militant educators and delved into post-colonial activism.

Condé has authored short stories, novels, plays, and essays of literary criticism. She is most well known for her novels that explored the varied aspects of Caribbean experience. Novels like Moi, Tituba, sorcière…Noire de Salem [trans. I, Tituba, Black Witch of Salem] (1986, 1992) give voice to those whom history has condemned then forgotten. In the case of Moi, Tituba Condé uncovers and shapes the life of Tituba, the West Indian woman who was named the impetus for the accusations and ensuing torture that comprise the Salem Witch Trials in seventeenth century Massachusetts. Other works such as Hérémakhonon (1976, 1982) tackle politics and explore the effects of individual choices that impact the whole. Another novel, Windward Heights (1996) reviews Emily Bronte’s classic European tale of love and belonging (Wuthering Heights) through the lens of social politics, colonialism, and race.

Overall, Condé has authored over ten novels, six plays, and a host of other writings including children’s literature (e.g., Haiti chérie, and Hugo le terrible), and autobiography. In addition to her writing career Condé has taught at several universities, worldwide. In 2004, she retired from Columbia University (New York) where she taught Francophone Caribbean Literature. She continues to be a strong force in Caribbean and African Diasporic literature, and her work is studied for its beauty and lasting impact on the understanding of gender, race, and class.